With a reputation for being at the forefront of modern innovation, Japan contrasts its technological achievements with an admirable respect for its cultural heritage to fascinating effect. Futuristic bullet trains make Japan an easy country to travel in, meaning it’s the perfect country to tour. Experience the electric whirlwind that is Tokyo, conquer the stunning Mount Fuji, taste the world’s finest sushi and appreciate a nation’s love for tradition as the charms of Japan unfold before you. 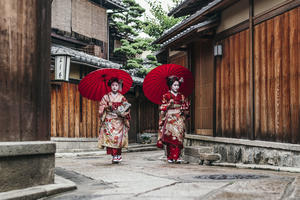 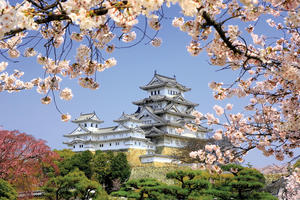 Get under the skin of Japan on this Small Group Journey covering the history, culture and scenery of this fascinating country. Ride the legendary Bullet Train and 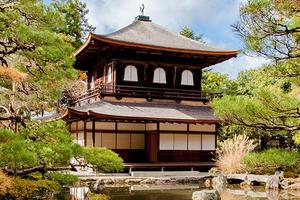 Choose an Option to Start Tailor-Making Your Japan Holiday

Where to Go in Japan

Exploring the huge array of temples that Japan has to offer is an integral part of any visit, so here are just a few of my top temple recommendations.

Read More »
Japan
A Travellers Guide to Japanese Toilets
You’ve no doubt heard of them. They’re weird, they’re wacky, they’re cutting edge technology and they’re one of the most remarked upon things by travellers... Read More »
Top Things to Do

See the ancient city of Kyoto

Kyoto is so symbolic of everything you would expect from a holiday to Japan. The city is the former imperial capital of Japan, as you would expect, has a fascinating history with over 2000 religious places and some of the best palaces and gardens in the country.

Make sure that you take the opportunity to sample some fantastic examples of Japan’s delicate cuisine.

Get lost in Tokyo’s unique experiences

From the Shibuya Crossing to Shinjuku Gyoen National Garden the cityscape of Tokyo is something completely unique. Embrace the obscurity and take the opportunity to experience the things that make the Japanese capital so special whether that’s being served by Ninjas, going to the cat temple or indulging in copious amounts of sake.

Cherry blossoms are such an ingrained in Japanese culture that it’s an official pastime – hanami. The term hanami accurately translates as “looking at flowers” and the event represents so much of Japanese people’s cultural beliefs about life and nature. Although there is no guarantee that you will be able to see cherry blossoms generally your best bet is in late March in the South then, in early April the blossoms will reach the central islands (passing through Kyoto and Tokyo) before passing through to Hokkaido in May.

From one national pastime to another - Karaoke is so much more than just the opportunity to sing your favourite songs. Originating in Japan and spreading throughout Asia and beyond Karaoke is now well known but nowhere does it like it’s place of origin. Booths are open from 11:00 AM to 3:00 AM making it inexcusable to not participate whilst you are on your Japanese holiday.

Get to the top of mount Fuji

Mount Fuji is the highest peak in all of Japan, although, on a clear day it can be seen from Tokyo it’s best viewed up close. The shape of Mount Fuji perfectly matches the sketches of volcanoes you will have drawn as a child and this, combined with the fact that it is a standalone volcano, means the views are sublime.

Relax in the Hot Springs

Hot springs, or Onsen, are sacred places where people could cure injuries or diseases before knowledge about health or medication was widely available. Visit an Onsen for a truly relaxing experience.

Officially Japan’s national sport, sumo wrestling is often at the very top of the mind when people think of Japan. The best way to see it is during one of the six 15-day tournaments or in one f the exhibition matches throughout the country.

If sumo wrestling is at the very top of the mind when people thing of Japan then sushi accompanies it. Make sure you try the infamous dish on your holiday to Japan. Remember, though, to eat the sushi with clean hands, not chopsticks, and eat in one bite.

It’s best to be guided by colours when trying to determine the best times to visit Japan. Late Spring (March – May) coincides with the cherry blossoms and is therefore the most popular time of year, followed closely by late Autumn (September - November) during which you can see the vivid hues of Autumn.

In the winter, especially from December to February you will find places much less crowded but also much colder. However, if you are lucky, or in the North snow is prevalent.

Vaccinations: There are no extra vaccinations required when visiting Japan.

Flight time: The London to Tokyo flight time is 11 hours and 50 minutes.

Visas: British Citizens do not need a visa to visit Japan for under 90 days.