While you may be familiar with the beloved cuisine of India, there’s much more to love about this sprawling country than its world-cherished chicken tikka (yes, believe it!). It's also where you'll find peaceful beaches in Goa, colourful and chaotic streets in Delhi, wildlife-watching opportunities in the jungles, serene countryside in the Himalayan Mountains and some of the most decadent buildings you’ll ever see in royal Rajasthan. And these are just the beginning. For all of India’s wonderfully diverse landscapes, the country is also home to an equally diverse culture which will expose you to a fascinating history and range of traditions. Combined together and there’s a sensory magic to an India holiday that you just won’t find elsewhere in the world. And then of course, there's the curry.

As the world’s seventh largest country, and home to the world’s second largest population, India presents a size and scale that can seem intimidating at first. Knowing where to start can be tricky; you can take in the delights of the Golden Triangle, search for tigers in Ranthambore, cruise the Kerala backwaters, trek in the Indian Himalaya, visit the holy River Ganges or laze on the shimmering sands of Goa. But don’t be put off – we’re here to help you find a trip to suit you. Designed to take in the best highlights of the country, our India holidays include flights, 4 to 5-star accommodation, tours and experiences, as well a private driver and private tour manager from our in-destination partners. So when you book one of our Journeys you’ll be welcomed at the airport when you arrive, be driven to your accommodation, and enjoy the service of a private driver and tour manager throughout. 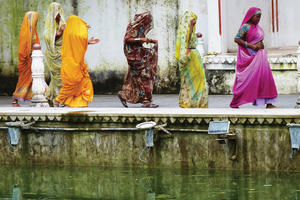 Soak up the sights and sounds of incredible India on this mesmerising classic journey, taking you from the lively streets of Delhi, to the colourful banks of the 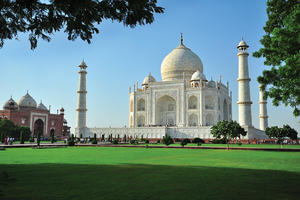 Dreams of the Taj

Close your eyes and dream of the Maharajas as you discover the romance of the Taj Mahal, the most resplendent building on the entire planet. Add in the sights and 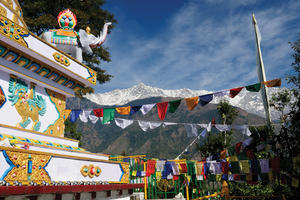 Foothills of the Himalayas

You’re in for a treat with this spectacular journey, covering stunning landscapes, historic palaces, glittering temples and iconic train travel. Gaze in awe at the 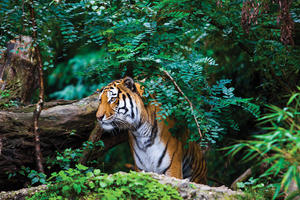 Combine the wonders of Rajasthan, the chaos of Delhi and the sublime beauty of the Taj Mahal in this classic journey highlighting the best of the region and covering 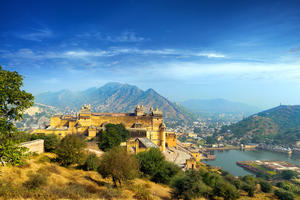 Covering some of India’s classic destinations, including the Golden Triangle of Delhi, the Taj Mahal and Jaipur, this family-friendly Journey offers fun for all the

Where to Go in India

Most India holidays begin in New Delhi, the country’s colourful and at times, chaotic, city. From here, one of the most popular itineraries is to drive south to Agra to see the Taj Mahal before driving east to Jaipur, known as the ‘Pink City’. This itinerary is famously referred to as the Golden Triangle. Along the way it’s also possible to add a stop in Ranthambore where you can go on a safari in the jungle to spy tigers. Other popular spots in India include Goa and Kerala, both located in the south of the country. Goa is famed for its laid-back beach scene while Kerala features a fascinating network of over 1,000 miles of canals, rivers and lakes, and is best explored by house boat.

Looking to live out a real Jungle Book adventure? Or want to immerse yourself and learn more about India’s fascinating culture? Then you’re in the right place! More than just flights and standard hotels, our India holidays have been created by our Experts to take in the best of the country with a range of unique and exciting experiences. So from safari game drives in Ranthambore to dance shows in Kochi, cooking demonstrations with a local family in Delhi, and nights aboard a houseboat in Kerala, our Journeys will see you truly experience everything India has to offer. For inspiration, check out our favourite holiday types below.

Off the Beaten Track Holidays

India
6 Breathtaking Places to Practise Yoga in India
India is the land that birthed the more than 5,000 year old spiritual practice of yoga as we know it today. It has become a global phenomenon with around 300 million... Read More »
India
9 Things I Wish I’d Known Before I Went to India
India is an incredible country – but a bewildering, daunting one too. Will you get Delhi belly?  What to wear? How much to budget? This guide will help you... Read More »
India
Perfect Match: Attending an Indian Wedding
The ultimate celebration of love, a wedding can also show a country’s true cultural colours. Sophie Ibbotson loses her heart to India on a unique adventure...I could... Read More »
Things to Do

Things to do in India

Get lost in the local cuisine

Whilst a curry may be a staple of the British restaurant and takeaway scene nothing can prepare you for the delicious variety and eruption of flavours that can be found across India. Indian food differs from English-Indian food, it is far more diverse and flavourful. Tuck in to a thali, sample a samosa, bite into a biryani, consume some chole bhature and check out a variety of different Chaats.

Get splashed at the Holi festival

Known as the “festival of colours” India’s Holi festival marks the arrival of spring and celebrates a Hindu story of victory of good over immorality.  If you haven’t heard of the Holi festival you, almost certainly, will have seen pictures and videos. During this celebration, which is celebrated throughout India and Nepal, people take to the streets with brightly coloured paints and splash them liberally everywhere. This explosion of colour and festivity is a sight to behold and definitely not something to miss on your holiday to India.

Visit the temples in Tamil Nadu

Down in the South of India, adjacent to the well-known state of Kerala, is Tamil Nadu. The state is famous for it’s unique and stunning Hindu temples and ashrams. These temples are typified by exquisite, often colourfully decorated, carvings on pyramidal structures. Some of the best temples to visit are Mahabalipuram, Thanjavur and Mudrai. Another highlight of this region is it’s placid coastal scenery and national parks which are home to an array of animals such as tigers, leopards, jackals, macaques and, of course, peacocks.

Although the big 5, and indeed safari, is more commonly associated with Africa, India have their own spectacular safari scene and big 5 animals – the Asiatic Lion, Bengal Tiger, Indian Elephant, Indian Rhinocerous and Asiatic Leopard. There’s a variety of national parks in India in which to safari but, perhaps, the most iconic is Ranthambore National Park. Formerly a royal hunting ground, this park is situated in Rajasthan and is famous for it’s tigers, lush scenery and ruins.

Synonymous with images of colonial India are images of colourful railway trains chugging over quaint stone bridges past verdant mountainous flora. Many of these trains still run today so don’t miss the opportunity to experience one of these on your Indian holiday. The most famous of these ‘toy trains’ is the Darjeeling Himalayan railway - which has been recognised as a UNESCO world heritage site. Although, there are multiple other options, the Kalka-Shimla railway, Nilgiri mountain railway and Kangra Valley railway.

Slip into a blissful state of mind at an Ayuverdic Spa

Ayuverda is more of a philosophy than a treatment, it celebrates the harmony of mind and body, and it is widely practiced in India. Based on an individual’s “dosha” one will receive a tailored treatment, most of which involve some element of massage with carefully selected essential oils, all determined by who you are in the interest in improving your overall wellness.

Perhaps one of India’s best known cultural exports is Yoga. This ancient form of exercise focuses on improving strength and flexibility along with regulated breathing to improve overall well-being. There is a plethora of places in India to practice yoga with different ashrams.

Things to see in India

It’s impossible to conjure up images of India without thinking of this majestic construction. Built by emperor Shan Jahan in homage to his wife, this structure is assembled with white marble and is a beautiful expression of Muslim culture and one of the new Seven Wonders of the World. Visit during sunrise or sunset for the most spectacular view.

Located in Punjab, the Golden temple is the most important pilgrimage site for Sikhs. This glistening monument sits in the middle of a manmade lake which reflects the striking form of the temple. Although important to Sikhs people of all faiths visit, in fact, over 35% of visitors are not Sikh.

Although the Indian Himalayas serve up some of the most dramatic landscapes on earth, they are not only for the intrepid – although adventures are available here in abundance. The Himalayas are full of beautiful shrines and temples in peaceful mountain towns, stunning train journeys and even the opportunity to spot some wildlife at Kaziranga National Park.

Situated, unsurprisingly, in the Southern Indian state of Kerala, the Kerala backwaters are a collection of saltwater lagoons inland from the Arabian sea supplied by water from the Western Ghats. There are over 900km of waterways and one of the best ways to view them is a trip on board a houseboat.

Some of the most dramatic, and most photographed, Indian structures are the stepwell water storage systems. These structures served as water storage and even air conditioning for temples in ancient times. Some of the best examples include Hampi stepwell, Chand Baori stepwell and Peralasseri Temple Pond.

When to Go to India

As a huge landmass, India’s climate is very diverse. Generally speaking, the further south you travel in India the more tropical it becomes, while the north, particularly the Himalayas, has a cooler climate. With such varied conditions, there’s truly never a bad time to visit India, however selecting a time to visit depends on which region you would like to travel to.

Most of the country is fine in the dry season, this is generally between November and March. During this time the Southern, more tropical, regions are not stiflingly hot (as is the case in May and June) and parts of the central and North are ideal. The best time to visit the Himalayas is between February and May after the cold of the winter but before the rains arrive in late summer.

Vaccinations: We recommend visiting your doctor or our Travel Clinic four to six weeks before you are due to travel. Recommended vaccinations for travel to India include yellow fever, Diphtheria, Hepatitis A, Tetanus and Typhoid.

Visas: British Citizens can apply for an e-Tourist Visa (eTV) for travel up to 60 days.