The Grand Canyon is one of the most awe-inspiring sights on earth. At its widest, this cavernous expanse spans over 18 miles from rim to rim, plummeting to depths of more than a mile. One of the seven natural wonders of the world, this arid, red rainbow landscape is an absolute must-see on any visit to the USA. Experience the very best of it by helicopter, on a rafting trip down the Colorado River, or under your own steam on a Western USA road trip.

Looking to plan your visit? The Grand Canyon is accessible from Las Vegas, San Francisco and Los Angeles on your American holiday itinerary. See our range of Grand Canyon itineraries below for some holiday inspiration. Alternatively, why not let one of our Travel Experts advise you on the best way to visit this majestic natural landmark? 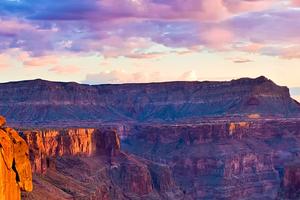 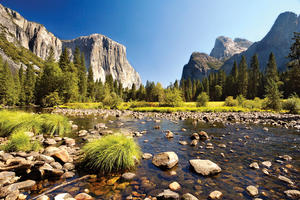 Headed straight into the Wild Wild West as you explore the dusty red desert of Arizona and Utah, filled with ravines, chasms and valleys, including the mighty Grand 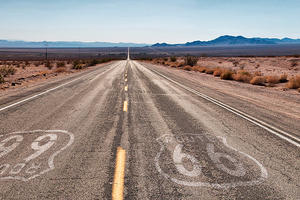 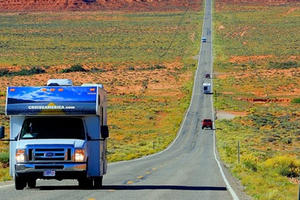 Utah’s crimson-hued landscapes are some of the most enchanting in the whole of the USA. Discover the best of them – and no less than five national parks – on

It is here that you will see the real-life versions of the images most often seen in travel magazines and on TV. Indeed, this is one of the most picturesque and easily accessible parts of the Grand Canyon - navigable from all the major Western cities - making it a great location for first timers. Open year round, the South Rim has over 20 viewpoints, with some of our favourites being Mather, Hopi and Yaki points. The location is also a superb place to take in sunrise over the East Rim or do some stargazing.

Varying greatly from its southern counterpart, the North Rim is far less frequented by visitors. This is due to the slightly more remote nature of its location. However, there are fantastic walking trails for all abilities. As the North Rim is much higher in altitude it is far cooler than the South Rim. The big draw is its close proximity to other national parks, such as Bryce and Zion, as well as the dramatic Antelope Canyon (2.5 hours by car).

Grand Canyon West is the location of the infamous Skywalk and Eagle Point, where you can stride out over the edge of the Grand Canyon and, if you have the nerve for it, look straight down to the canyon floor.

The most well-known part of Grand Canyon East is Horseshoe Bend. This picturesque spot overlooks a gigantic twist in the Colorado River which doubles back on itself around a large auburn rocky outcrop.

When to Go to the Grand Canyon

The best time to visit the Grand Canyon is at the end of spring/start of summer or the end of summer/start of autumn. The reason for this is that the temperatures are cooler but still comfortable, and the tourist attractions and viewpoints will be less busy. During the summer the temperatures will be hotter – pushing 30°C – and slightly more crowded. During the winter the canyon can be covered in a beautiful dusting of snow but this means that some areas will be inaccessible.