Our friendly Travel Consultants know their stuff when it comes to Auckland flights, and will take all the hassle out of your travel plans! Visit us in-store or give us a call and we’ll tailor-make it easy.

Multi-stopover
Want a trip that includes multi-stop flights?Get in touch with an expert Consultant today!
Read more
Choose a Method of Contact

What airlines fly to Auckland?
What are the main airports in Auckland?

Do I need a visa to fly to Auckland?

What are the main things to do and see in Auckland?

Located on the north half of New Zealand's North Island, Auckland is a multicultural city beloved for its picturesque surroundings. From the panoramic views found on its extinct volcanos, to the sight of sprawling oceans that surround the city, Auckland has numerous photo opportunities to choose from. The harbour in particular is a major drawcard for the city, where yachts are docked and water sports thrive. See more of the harbour or explore the city on an Auckland tour.

Away from the bay, Auckland's city is an urban playground made up of trendy eateries, inner city apartments and a lively nightlife. This is also where a great range of Auckland accommodation can be found, ranging from luxury hotels to budget hostels. The city's large multicultural community has resulted in a fusion of cultures which can be seen in its innovative fashion, retail and dining scenes. The arts and culture are very much alive and well in Auckland as the streets continue to buzz with the latest gallery opening, the latest hit show and the latest bar to watch the rugby.

Head beyond the city and you'll find an array of peaceful suburbs featuring wooden houses lined along leafy streets. With numerous green covered peaks, beautiful parks and million dollar views, it's little wonder why life in Auckland is regularly rated amongst some of the best in the world. Rural areas on the city's outskirts are where you'll find the typical peaceful and green scenery New Zealand is famous for. From sea to city to country, Auckland really does have it all.

Need More Than Flights? Let Us Tailor-Make Your Auckland Holiday... 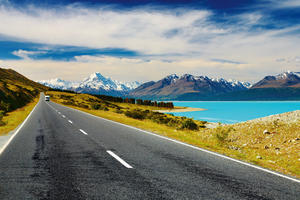 Discover New Zealand your way with this fantastic campervan journey. From the entrancing sounds, rugged coastlines and glacial valleys of the south to the 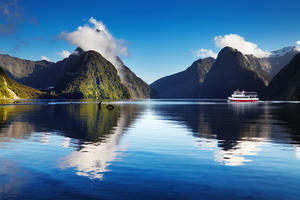 Covering some of New Zealand’s best loved attractions, this compact Journey is well-suited to those with less time to spare. Covering the mountains and adrenaline Best of the North Island

World
Where to Celebrate St Patrick’s Day Around the World
It’s nearly that time again – the one day of the year when dressing head-to-toe in green, donning a novelty hat and raising a toast with a pint of Guinness is... Read More »
New Zealand
7 Things You Can Only Do in New Zealand
The Land of the Long White Cloud is a mystical, mysterious place, full of beautiful landscapes, outdoor adventures and the friendliest people you'll ever meet. Its'... Read More »
New Zealand
A City Guide to Auckland
New Zealand is one of the most iconic countries in the South Pacific. Despite being frequently overshone by its bigger counterpart Australia, the Land of the Long White... Read More »