All over the globe, natural habitats continue to disappear. Not only does that mean the wondrous sights we travel for are fading, but it also means that the animals that live within them are being driven to extinction. The nine creatures below are some of the world's rarest animals – some so rare we don't even have pictures of them – and we should be doing our bit to save them. 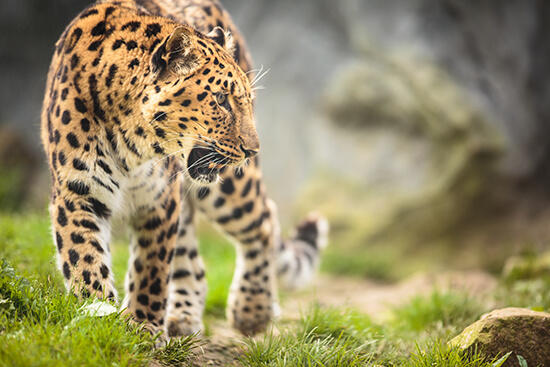 There are around 70 mature Amur leopards left in the world, making it one of the rarest, most endangered big cats on earth. It’s also one of the most beautiful, boasting a unique patterned coat of black splodges and flecks that make it easily distinguishable from other leopards. If you’re super lucky, you might spot this critically-endangered cat in the Primorsky Krai region of Russia or in north-east China, within the Jilin Province. 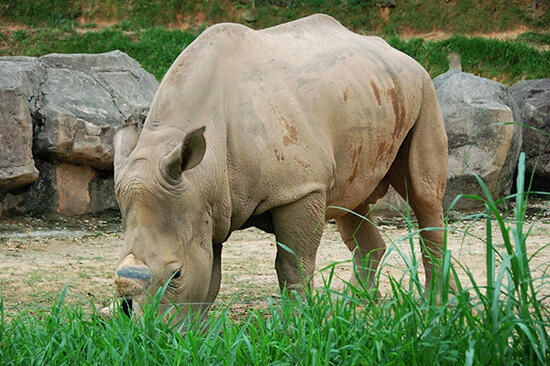 Alongside the Javan rhino, the Sumatran rhino is one of the most threatened rhino species in the world. It’s also the smallest. There are only a handful left in Sumatra, Borneo and the Malay Peninsula, but it’s not just this species’ resilience (there are fewer than 100 left) that makes it so impressive, it’s its ancestry too: the Sumatran rhino is more closely related to the extinct woolly rhinoceros than any other rhino species that exists today. 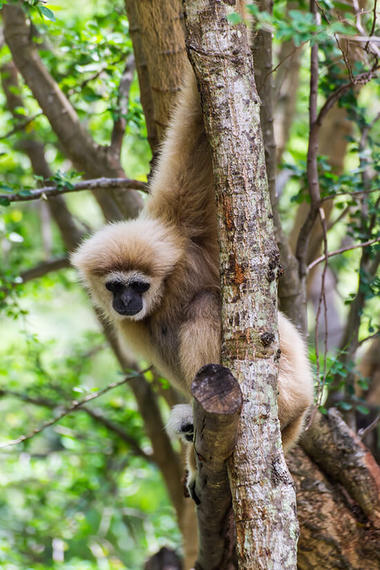 The beautiful Hainan gibbon is a victim of hunting and habitat loss, forcing its ever-dwindling numbers down to just 25 and thus making it the rarest ape on the planet. The only place you can spot one is in the Bawangling National Nature Reserve on China’s Hainan Island. This is home to the last surviving population, which is restricted to a single spot within the forest.

Although the mountain gorilla population has increased – particularly over recent years thanks to conservation efforts by the WWF – spotting a gorilla in the wild is still a very rare occurrence. This is largely down to the location of gorillas and the cost involved in getting to them. Only the most intrepid of travellers opt for the Democratic Republic of Congo, while the more security conscious will embark on a trek in Rwanda or Uganda, where the permits cost in excess of US$500 for an hour. It’s totally worth forking out for though. As the largest of the great apes and sharing over 98% of their genetic code with humans, seeing these primates in the wild is an utterly thrilling experience.

The bulging inky pupils and lime-green skin of the black-eyed leaf frog (Morlet’s tree frog) really is a sight to behold… if you're lucky enough to catch a glimpse, that is. The species is critically endangered but can be spotted in the wetlands of Belize, Brazil, El Salvador, Mexico, Honduras and Guatemala. Make sure you’re looking carefully though; this tiny amphibian is less than 65mm long. It’s thought there are around 100 mature Cuban greater funnel-eared bats left in existence. These tan-furred creatures have large ears and a tail as long as their body and head combined. They live in one cave in Cueva de la Barca, on Cuba’s westernmost tip, and are suffering habitat loss as a result of the natural degradation of the cave.  There are 10 other species of funnel-eared bats, including Mexican, Trinidadian and Bahamian varieties. Fiercely threatened by extinction, there are fewer than 100 spoon-billed sandpiper pairs left in the world. Its eye-catching bill is second only in style to its pretty plumage, which is just as attractive and distinctive in winter as it is in the summer. This small wader is a favourite among twitchers and birders exploring the wetlands of South Asia, and the WWT is doing all it can to preserve this charismatic species.

The vaquita is the rarest marine mammal and is endemic to Mexico’s Gulf of California. This miniature porpoise was first discovered in the late fifties, and has been battling for survival against fishing nets and illegal operations ever since. It frequents the shallows but is a shy creature, so you’re unlikely to spot one unless you’re very still – and have a lot of patience. 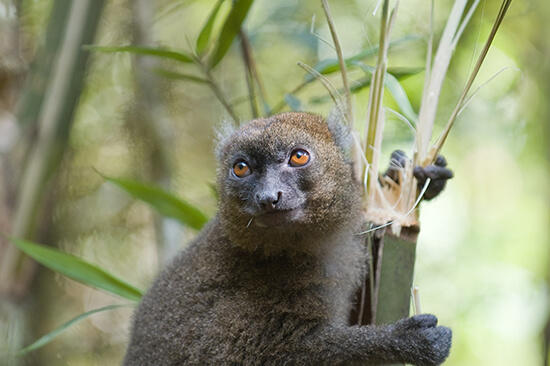 With the last of its population in south-eastern Madagascar, the greater bamboo lemur is the largest of the bamboo lemurs, identified by the tufts of white coming from its ears. Scientists actually thought this critically-endangered primate was extinct – until a population was discovered in the late eighties, that is. In reality, about 500 of these social creatures remain in the world, living in groups of up to 28.

Want to embark on a wildlife adventure? Speak to one of our Travel Experts about incorporating animal encounters into your tailor-made holiday. Learn more about conserving the planet's wildlife here.

Malaysia
Spotting Unmissable Wildlife in Malaysia
Malaysia evokes images of postcard-perfection. Think on it for a moment and no doubt your mind will conjure up pictures of breathtaking natural beauty, endless... Read More »
Australia
Marine Encounters in New South Wales
Match the words water and Australia together and your thoughts immediately turn to the glittering Great Barrier Reef. But just down Oz's east coast, New South Wales has... Read More »
Call:
0208 127 4273 0333 333 2211
Talk to a Travel Expert
Instant call back »We'll call you back for free
X