Whale Watching in the Azores

Here travel writer Ben Whitmarsh tells us more about whale and dolphin watching in the Azores...

Did you know the Azores is the most westerly point in Europe? An archipelago of nine islands in the mid-Atlantic, governed by Portugal but with an identity that is all its own.

The islands are lush, the terrain often rugged and there are constant reminders of the geothermal activity that led to its creation. I was lucky enough to take a trip there. It reminded me of the English countryside, yet greener and more dynamic – almost as if it had been injected with steroids. 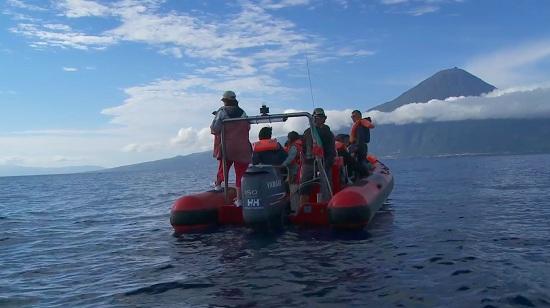 I was spending my time island hopping, playing a bit of golf, enjoying the food and drink, and generally feeling a million miles away from the hustle and bustle of Blighty even though the Azores is only a four-hour flight away. The magic of the Azores was sealed after I had kicked off my flip flops, jumped on a boat and headed out to sea. That’s because the Azores is one of the best places in the world to go whale watching... On São Miguel Island there are several places for year long whale watching, such as Ponta Delgada and Vila Franca do Campo. Short-finned pilot whales and sperm whales are the most common off the Azores but between São Miguel and Santa Maria, in springtime, you frequently see the blue whale, the biggest animal on earth at 30m in length and weighing 150 tons.

The Blue Whale must have grown pretty fond of the Azores, as it can also be seen during spring and autumn between the islands of Terceira and São Jorge. It’s also worth checking out the different species of whales that can be spotted off the Terceira towns of Angra do Heroísmo or Praia da Vitória.

Faial, Pico and São Jorge compose the so-called “Triangle islands”, where hard-fought battles between whalers once took place. The city of Horta, on Faial, today houses one of the most important centers for monitoring cetaceans (whales, dolphins and porpoises) in the archipelago. Many whale watching companies operating on this island have experts and scientists linked to the University of the Azores as guides. Together with other universities around the world, the centre carries out many studies on the whale population, and migration routes.

The whale-hunting tradition has its roots on Pico Island and was the last place in the Azores to abolish whale hunting in the 1980s. Today whales are treasured, and there are whale-watching companies in several places of the island, namely Madalena, Lajes and Santo Amaro.

Although they have moved on to a rather less bloodthirsty pursuit, the people of Pico still feel a strong connection to what for many was a way of life and this is reflected by the museums dedicated to whale hunting.

Final bit of advice? Although the experience is unforgettable and the images will be indelibly marked on your memory, please DO NOT forget your camera. After all, being able to brag about your holiday will make the return to the drudgery of everyday life slightly easier. And if that doesn’t work, my advice would be to book a flight back as soon as possible. 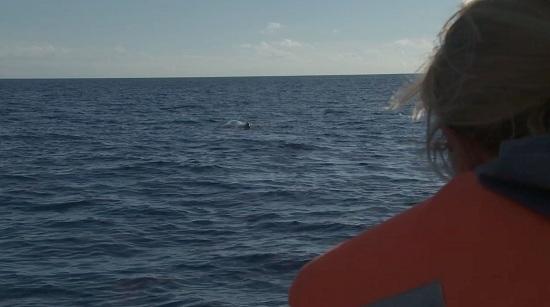 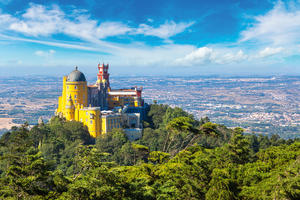 Discover the many attractions of Portugal’s capital city and beachy Porto on this circular route from Lisbon, taking in undulating hillsides, ancient ruins and

Europe
5 of the Best Beaches in Portugal
If you’re heading to Portugal in the not too distant future then you’re already making a good choice. Fairy tale castles, sunshine all year round and a jaw-dropping... Read More »
Porto
How to Spend a Long Weekend in Porto
Porto is one of those wonderful gems whereby you don’t fully understand its beauty until you are smack bang in the middle of it. I had heard a lot about this city of... Read More »
Europe
Exploring Portugal’s Undiscovered Central Region
“Forward paddle, paddle. Back paddle. Stop.” The rush of water began to reach its crescendo and our little yellow dinghy slipped effortlessly over the edge of the... Read More »
Call:
0208 127 4273 0333 333 2211
Talk to a Travel Expert
Instant call back »We'll call you back for free
X