The Travel Secrets of Vietnam 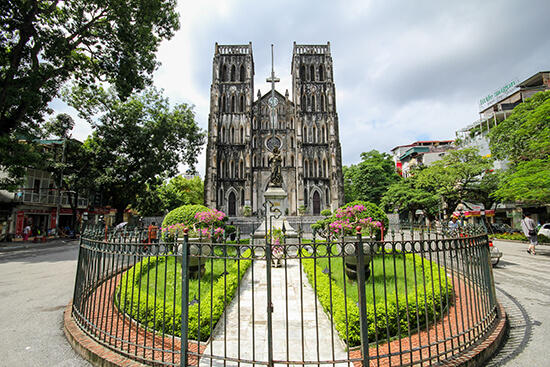 On arrival into Hanoi, most visitors make a beeline for the atmospheric Old Quarter. And while this quaint corner of the city is most definitely worth a wander, the often overlooked French Quarter to the south, and east of Hoan Kiem Lake, is home to a number of impressive sights too. Start with the delightfully old fashioned Hanoi Opera House, built in 1911 and modelled on the Palais Garnier in Paris, then check out the neo-gothic St Joseph’s Cathedral, which might bring Paris’s Notre Dame to mind. After wandering the graceful boulevards, browsing the bookshops and admiring the elegant villas, while away an afternoon in a wine bar or grab a coffee and a pain au chocolat from a patisserie. You might just think you’re in Paris. 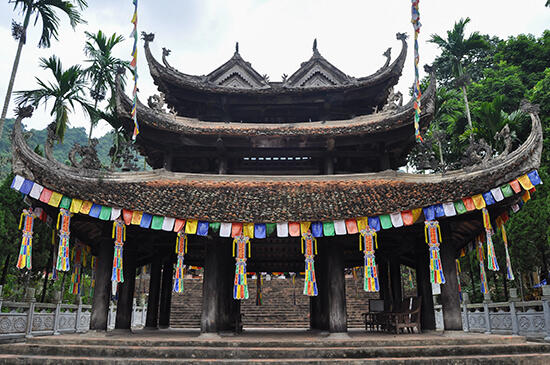 Just 35 miles southwest of Hanoi, the jagged hills of the Perfume Pagoda make for a great day trip, especially if you are short on time or not planning to visit the caves and karsts around Ninh Binh. Named after the scent of the spring blossom trees, this is a lovely, tranquil spot made up of sheer cliffs, vibrant rice fields and cave temples. To reach the pagoda itself, you’ll need to take a rowing boat followed by a sweaty, hour-long hike to the mountaintop. The walk does put a lot of people off, but if you can manage it, the countryside views and shrine-filled grotto at the top make it all worthwhile. Back in 1991, local man Ho Khanh was casually wandering in the jungles of the UNESCO-listed Phong Nha-Ke Bang National Park when he stumbled across the largest cave system in the world, Son Doong. Being so inaccessible, it wasn’t until 2009 that the complex was explored properly. Today, with entry fees of US$3,000, Son Doong is the realm of experienced, cavers only. So for everyone else, Paradise Cave, discovered in 2005, is the next best thing. This spectacular grotto, filled with stalactites, opened to the public in late 2010, and hasn’t really made it onto all the must-see lists. Yet. 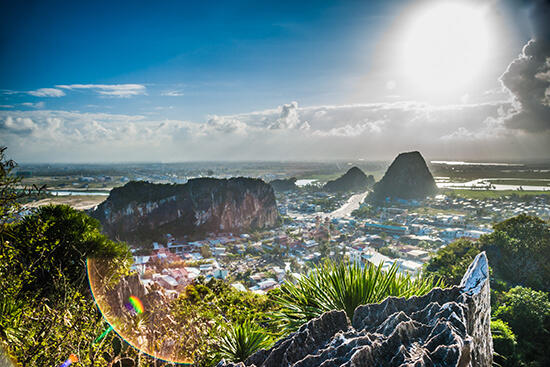 On the outskirts of Da Nang, the Marble Mountains are a cluster of five pagoda-topped marble outcrops said to represent water, wood, fire, gold and earth. Not only do they offer pretty views over Da Nang, but their pagodas, set among landscaped gardens, are simply beautiful, painted with soft, warm colours and intricate designs. A number of caves jut into the rocks too, filled with statues and narrow passageways. Spend an afternoon exploring the sights, but look out for unscrupulous marble sellers – a brisk trade in statues has sprung up, but you’ll pay a fortune to ship one home. 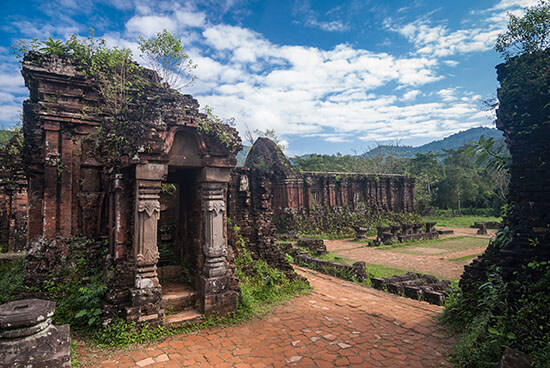 Set in thick jungle, and bypassed by rocky brooks, the Cham ruins at My Son are classic Indiana Jones territory. To get here you’ll need to take a 4X4 deep into the forest, where you’ll be greeted by a cluster of crumbling temples and statues constructed over 2,000 years ago. Sadly, US bombings during the Vietnam War have left the temples in a poor state, but that’s not really the point. Come here for the excitement of the jungle, the denseness of the forest, and the intimate mountainside setting. 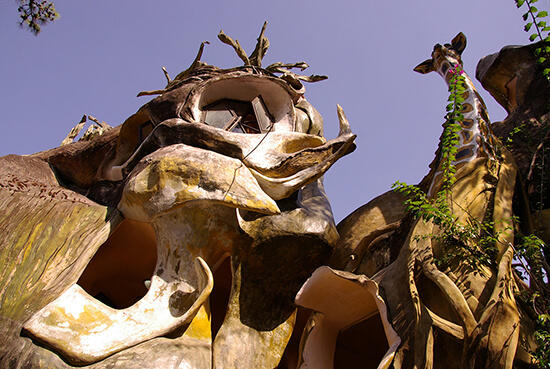 Part architectural wonder, part trippy Alice In Wonderland-style theme park, Dalat’s Crazy House is unlike anything else in Vietnam. Wooden bridges, ladders and narrow tunnels link irregularly-shaped, individually-themed rooms and caverns together, while psychedelic colours, twisted jungle vines and giant cobwebs decorate the interiors. Drop in and take a look or stay overnight – the house doubles as a B&B. If you’ve always wanted to sleep in a room with a giant wooden kangaroo, complete with glowing red eyes, this is the place to do it. Vietnam’s verdant countryside is awash with farms growing everything from flowers and fruit to silk and crickets. Head out into the fields and experience traditional countryside life: learn how to herd water buffalo, make coconut milk, harvest silk from silkworms and find out why anyone would want to farm crickets [hint: they’re a tasty snack]. Day farm tours leave from most major towns, but if you really want a taste of rural life, sleep over in a village homestay and enjoy the friendly Vietnamese hospitality and tasty home-cooked meals. 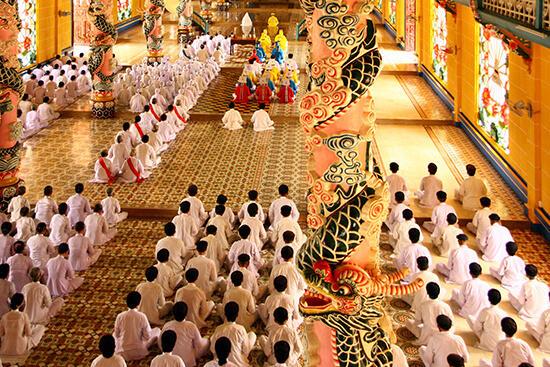 Easily visited on a day trip from Ho Chi Minh City just 56 miles away, Cao Dai Temple is a huge sunny yellow structure set in flower-filled gardens. Inside, baby pink columns are adorned with fearsome dragons, gold stars cover the ceiling and an enormous divine eye watches over proceedings. Prayers are held four times a day so try to time your visit with a prayer session to see the temple at its most atmospheric. Watch from the upper balcony so as not to disturb the worshippers, who are often dressed head to toe in red, blue or yellow depending on their spiritual allegiance.

If you’d like to explore Vietnam in more detail take a look at our range of tailor-made Vietnam Journeys. Ready to book your holiday to Vietnam? Speak to one of our Travel Experts today.

Asia
From Hanoi to Ho Chi Minh City: A Journey in Vietnam
Vietnam has an epic beauty that operates in two gears. There’s the full-tilt buzz of daily life that beats at the heart of Ho Chi Minh City and Hanoi. Then there’s... Read More »
Vietnam
Insider Secrets: Life as a Tour Guide in Vietnam
It’s not every day that you get to attend a Vietnamese cooking class, hitch a ride on a sea plane above Ha Long Bay and take a luxury cruise down the Mekong Delta.... Read More »
Call:
0208 127 4273 0333 333 2211
Talk to a Travel Expert
Instant call back »We'll call you back for free
X