How To Spend Three Days in San Francisco

The foggy but beautiful San Francisco is a city boasting a fascinating history, as well as culture and style in abundance. Full of hidden gems and fun things to do, it’s one of those places you’ve simply got to tick off at least once in a lifetime, if only to witness the majestic Golden Gate Bridge. Only got a long weekend to do it? No problem. Use this handy itinerary to help you explore this wonderful city. 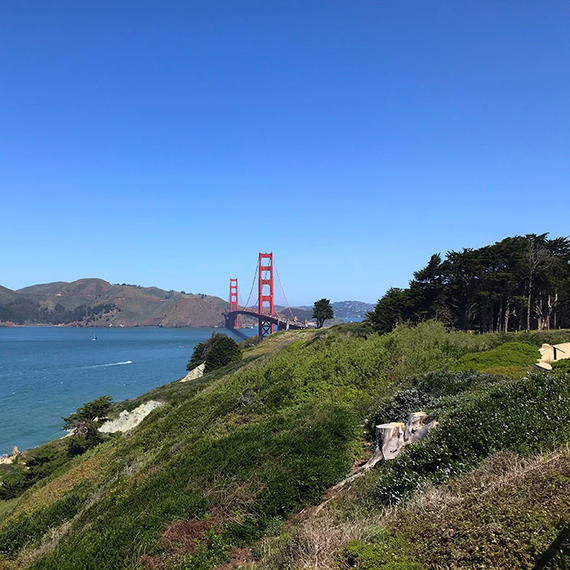 The best way to fully explore the length and breadth of the city is by hiring bikes, that way you can get your bearings whilst taking in the sights of San Francisco.

Start at the Golden Gate Park to visit the Japanese Tea Garden; here the pagodas and the blossom, mixed with bright blue skies and the smell of spring all around, make for an enchanting atmosphere.

Next, cycle around Stow Lake and take in views of the Dutch Windmill, before exiting the park onto Ocean Beach, before the coastal path to the Golden Gate Bridge. Until you reach the bridge you can’t quite take in how large and well-constructed it really is. Of course you must ride over it to take in the views of San Fran’s financial district, then carry on down the large hill into Sausalito for lunch on the coast. If your legs are a little too tired to ride back into the city take the ferry instead; you’ll be rewarded with an early glimpse of Alcatraz prior to your evening visit!

Pier 33 is where boats depart for the Alcatraz tour and I’d recommend an evening slot (book several months in advance for the best pick of dates and times). The trip starts with a boat ride followed by an introductory talk, before moving on to the main cell block and picking up headphones for the audio tour, with ex-inmates narrating stories from their time inside. The sun will set whilst you’re on the island which is pretty special, and despite the prison being extra eerie in the dark it is definitely worth opting for the night tour to get the full atmospheric experience.

Upon returning, why not visit Japantown for a late-night feast and post-prison snack?

When most people think of San Francisco, the iconic cable cars probably spring to mind. Given that San Francisco features the world’s last manually operated cable car system, it would be remiss not to mention this as a must-do activity, despite the fairly lengthy queues. I’d recommend purchasing a One-Day Visitor Pass from the kiosk which will give you hop on-hop off privileges. Board the Cable Car at the Union Square turnaround and ride until Lombard Street where you can disembark to see the famous winding street, apparently the most crooked in the whole world. If the flowers are in bloom you’re in for an extra treat!

Walk from here down towards Fisherman’s Wharf to Ghirardelli Square to pick up some delicious chocolate, then take in the sights of the Maritime Museum, SS Jeremiah O’Brien and USS Pampanito, plus check out Musée Mécanique, the interactive museum featuring 20th century penny arcade games.

Prior to a late lunch, visit the sea lions at Pier 39. These adorable creatures spend all day basking in the sun or jumping in and out of the water (even if they are a little stinky!) For tasty grub, head to Scoma’s seafood restaurant for a hot bowl of San Fran’s famous clam chowder.

In the evening, depending on the season, head to a sports game for a night of exhilarating entertainment; San Fran offers baseball with the Giants, basketball with the Golden State Warriors, or American football with the 49ers (named after those who arrived in Northern California during the 1849 Gold Rush). Don’t forget to top off the experience by grabbing a delicious corn dog!

The Walt Disney Family Museum located in The Presidio of San Francisco tells the story of Walt’s life, from the history of his family before his birth right through to his death and his legacy, so it’s well worth a visit during your trip. Learning how he brought to life such famous characters as Mickey Mouse, created animations like Snow White and the Seven Dwarfs and Dumbo, and envisioned such a magical theme park, is fascinating. 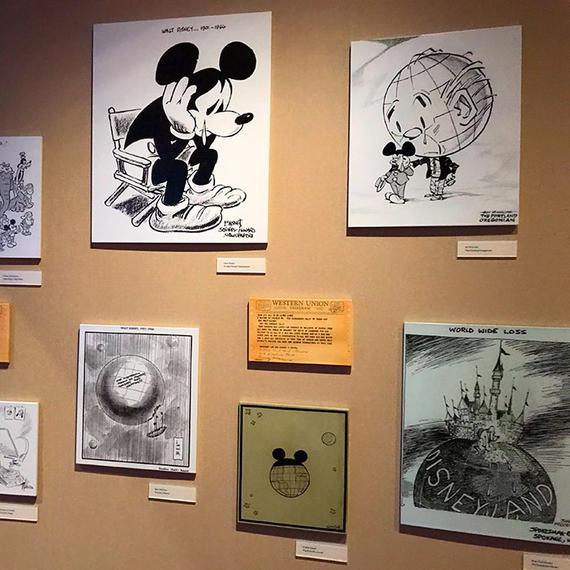 Coit Tower is next on the list (top tip: book online to skip the lift queue) where you’ll get the best aerial views of San Francisco, before grabbing a bite to eat in Chinatown. Then, make your way to the famous houses that featured in films and TV, like the house of Mrs Doubtfire, and the buildings used in TV series ‘Party of Five’, before taking a walk down to Crissy Fields, along the beach and to the viewing point of the Golden Gate Bridge for sunset.

In the evening, enjoy a comedy night at the Punch Line Comedy Club so you can laugh away your final night blues.

There are several day trips you can take from San Francisco, so if you have longer in the city then why not look up excursions to Napa Valley (to sample some famous Californian wine) or the breathtaking Yosemite National Park.

Whether it's the starting point for a longer USA journey or a city break by itself, our friendly Travel Consultants can help you tailor-make the best possible San Francisco trip

I’m Lizzie, a London-based travel blogger and owner of Wonder Here Wander There, which is a little insight into my very own travel and adventure bug! I have always loved to explore since I was young…be it as a scout hiking up Snowdon, booking tipsy trips to Barcelona as a student or taking the other half on a glamping trip as an introduction to the countryside. The good, the bad, the ugly and the downright beautiful – I never ever want to stop exploring.

San Francisco
Why I Left my Heart in San Francisco
I’ve always fancied San Francisco. The drama of the Golden Gate Bridge, the buzz of Fisherman’s Wharf, and the gloomy history of Alcatraz. But I didn’t think it... Read More »
Road Trippin' in the USA
Covering 1,672 miles from the burnt-orange landscape of the Grand Canyon to iconic Santa Monica Boulevard, Flight Centre’s Alexandra Gregg put her pedal to the metal... Read More »
Call:
0208 127 4273 0333 333 2211
Talk to a Travel Expert
Instant call back »We'll call you back for free
X