Going Crazy For Cronuts In Sydney

Since the concept of a doughnut-croissant hybrid pastry was launched in 2013 by Dominique Ansel’s Bakery in New York, cronut has been the word on every cake-lover’s lips. North Sydney’s Glenorie Bakery was the first to introduce the cronut to Australia but whilst they’ve stuck with perfecting the cinnamon sugar versions, other Sydney bakeries have taken the concept and run with it. After some dedicated (delightful) research I’ve rounded up my selection of the best cronuts found in Sydney. 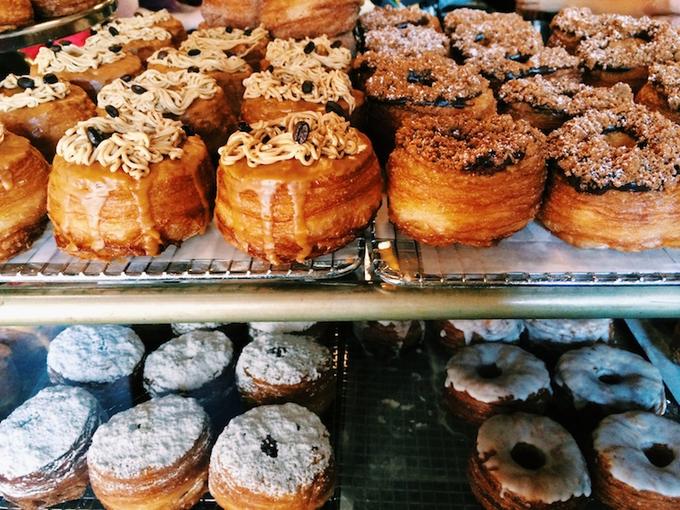 So famed are the Brewtown Newtown cronuts they’ve been given their own name. Sydney-siders queue to sample the freshly baked ‘Brewnut’ of the day – glazed, cream-filled, sprinkled with nuts or otherwise. Newest flavours on offer include lemon myrtle and blood orange, which taste as good as they look. Brewtown Newtown also roast their own coffee beans and offer a tasty brunch menu, but the Brewnuts tend to sell out fast at the weekend, so be sure to rise early to catch one. 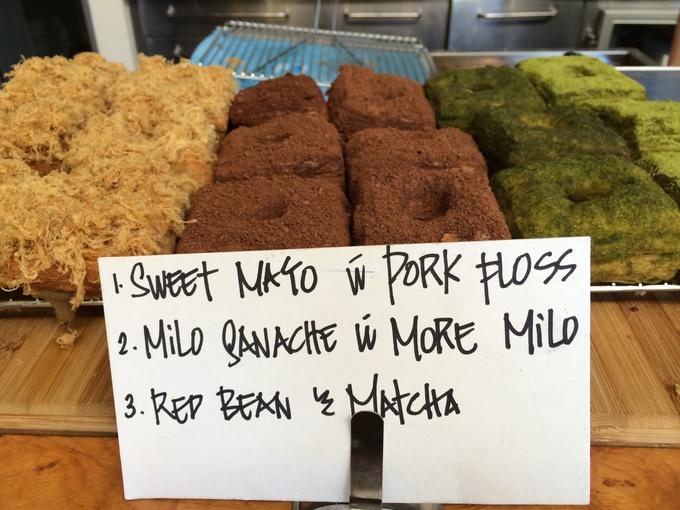 At popular Waterloo eatery Devon On Danks, they have given the cronut an Asian twist. Regular flavours include red bean and matcha and (the more unusual) sweet mayo with pork floss. For chocolate lovers there’s a ‘milo ganache with more milo’ cronut. The eatery makes very pretty doughnuts too – the ‘Dankin Doughnuts’ feature pale pink balls stuffed with vanilla cream and served with a pipette of raspberry sauce. 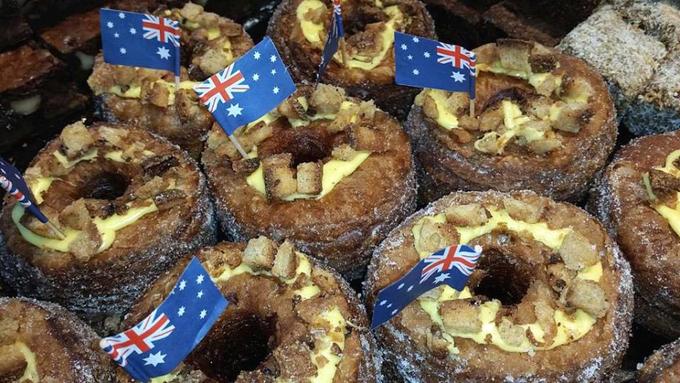 Famed Australian patisserie, Adriano Zumbo, likes to come up with a new ‘Zonut’ flavour every week. He takes inspiration from popular desserts to create cronuts such as the Apple Pie Zonut filled with creamy apple custard and topped with shortbread crumbs, and the Rum & Raisin Zonut, which is injected with a decadent Rum & Raisin crème patissiere. His specially created Zonut for Australia Day involved vegemite and sourdough, which sounds very Australian but not very tasty to me! 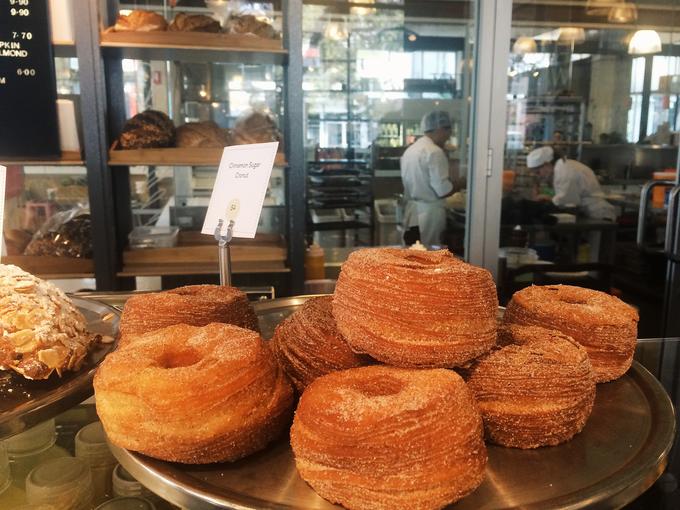 Injecting an element of surprise into their cronuts are the Rosetta Stone Bakery, whose bakers you can see hard at work at their glass fronted bakery in Alexandria. Their weekday staple is a cinnamon sugar cronut, which they also provide for Campos Coffee in Alexandria and Newtown. When the weekend comes however, they surprise customers with fun flavours including Nutella topped with caramel popcorn or varieties themed around a certain event, like rainbow coloured for Mardi Gras or lamington flavoured for Australia Day. 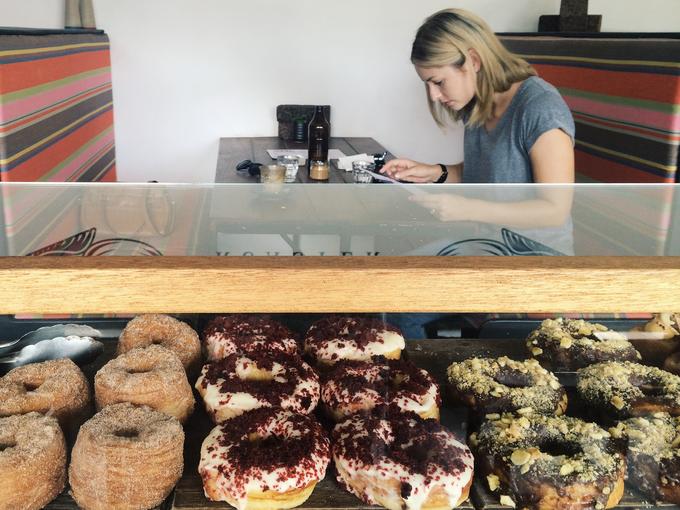 The John Smith café does something completely different with the cronuts supplied to them by Brewtown Newtown – they served them filled with pulled pork and drizzled with hollandaise sauce. What started out as bit of a joke on the café’s Facebook page turned into a social media hit when Sydney Instagrammers turned up to try this $25 creation for themselves. Although not a regular feature on the menu they may be back if the popular demand persists!