Finding the 'Real Australia' on the West Coast

Flight Centre travel consultant Lizzie Kempson travelled from Perth to Darwin on the West Coast of Australia and decided that for her the 'West is best!'

Most people tend to head to the East Coast of Australia but I am a strong believer that the west is best!  Embarking on a epic adventure from Perth to Darwin, myself and three friends hired a 4 Wheel Drive and camping gear and set off for a month of amazing sights and experiences.

Perth is a great city, much quieter than the other cities in Australia. It has a very charming and quaint feel to it and The Botanical Gardens are a must - offering great views over the city. Heading out of Perth we joined the aptly named 'One High Way', and found that the West Coast really is just one long road with driving distances between each sight very stretched out. You will drive about 6 hours a day and may not pass any vehicle in this time.  It is important to make sure that you stay stocked up on food, water and of course fuel! I would also advise letting someone know the route you plan to take and how long you expect to stay in each place to ensure you stay safe. 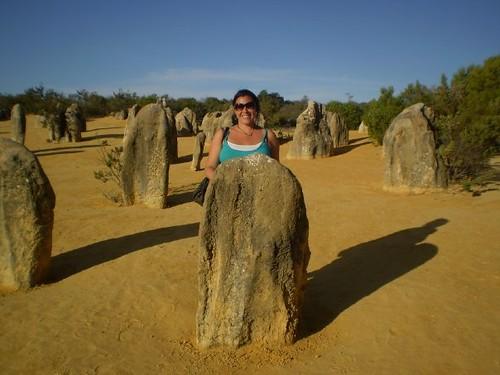 Our first stop on the High Way was at The Pinnacles, these are hundreds and thousands of limestone pillars around 4 meters in height. It really is a remarkable sight. You pay a small fee to drive around the national park and this takes a minimum of 2 hours.

After this we headed to one of my personal favourites, Monkey Mia; we stayed at the Monkey Mia Resort which is a lovely getaway complete with pool and attractive grounds. The main attraction is the early morning dolphin feeding. For years a family of dolphins have been making their way to the shore to be hand-fed fish; a Dolphin Conservation Centre has now been created at Monkey Mia to help protect these amazing creatures in their natural habitat. It was an overwhelming experience to have these creatures swimming inches from your feet and eating from your hands. 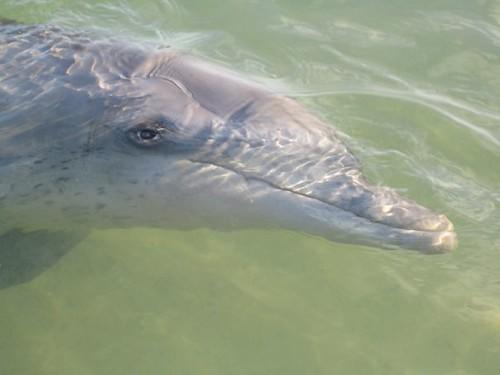 Further up the coast is Coral Bay, home of the Ningaloo Reef, which is becoming just as popular, if not more, than the Great Barrier Reef. Between March and June the brave can swim with the whale sharks at the bay. I was not so brave and instead opted for a glass bottom boat tour with snorkelling included. The Reef really is a splendour to see with its varied colours and a multitude of fish. I would recommend spending at least a couple of days here.

We decided to head inland next to The Karijini National Park, offering stunning natural gorges and lakes, this has to be the highlight of our trip. It was really refreshing to get back to basics and watching the sun rise and set each morning was unforgettable. We filled our days with exploring the Natural Gorges, this involved rock climbing down into them which took some time, but seeing the natural lakes and waterfalls made the climb back up so much sweeter. Having never seen myself as an outdoorsy type I was surprised how much I enjoyed this experience!

After our back to basics experience we were keen for some home comforts and headed to the next town along, Broome. Broome is a pearling town which can only be described as slightly old fashioned; it was a comforting break from the outdoors for a couple of nights. Whilst in Broome we decided to experience the Sunset Camel Ride on Cable Beach. The Camels were well groomed and looked after, the ride itself lasted a good two hours and I was really pleased with the photos that we took of our silhouettes at sunset. The final trek from Broome to Darwin led us to the Gibb River Road, this area is prone to flooding and you will definately need a good map and 4 Wheel Drive to complete the road. The route took us to Halls Creek and the well known Wolf Creek! Having not seen the film I didn’t see what all the fuss was about but now I have seen it I am only glad we decided not to spend the night!

We headed onwards to The Bungle Bungles, an area highly featured in the film ‘Australia’. The amazing orange and black striped tiger-style sandstone structures take your breath away. The park covers 240,000 hectares so we spent 2 days exploring the gorges and rock formations. 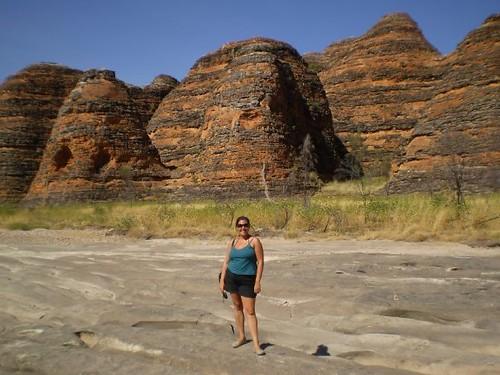 El Questro was another of our favourite spots, famous as the place that helped Nicole Kidman conceive, El Questro offers a wonderland of fresh water lakes, waterfalls and gorges. This is a place has something for everyone from 5* accommodation to camping grounds. It is a known retreat for the rich and famous staying at the private homestead and I could see why it was so popular. The scenery can only be described as stunning and covers an area 5 times the size of Tasmania. 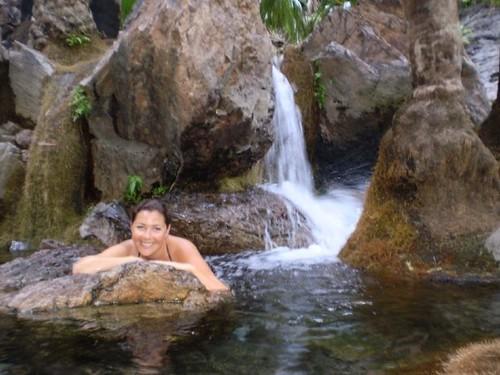 Last Stop was Darwin, known as the place of Crocodile Dundee! Kakadu National Park is the main attraction in Darwin offering 2 and 3 night trips around the National Park. This is the best place in my opinion to get to know about the aboriginal culture. Traditional paintings can be seen on rocks within the National Park and the stories describing them are just fascinating. Of course the other main pull is the croc spotting! 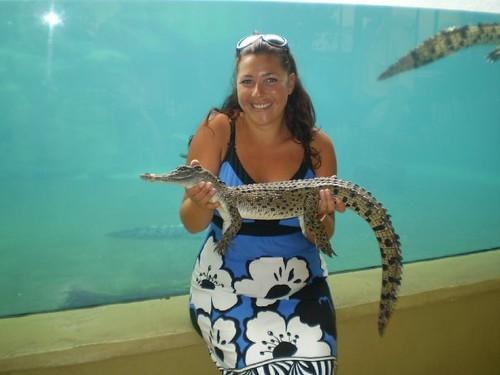 If you want to get more up close and personal with these creatures then why not have a go at ‘The Cage of Death’ at the Crocosaurus Cove - yes you can actually pay to be lowered into a cage in a swimming pool with a giant crocodile! I did not participate in this but we did spend about 2 hours watching other people have a go and I have to say it was highly entertaining to watch.

The West Coast offers a back-to-nature experience, and in our case, a back-to-basics one; with its varied stunning landscape you will never have a dull moment. This really is the ‘Real Australia’; less commercialised than the East Coast, the West allows you to relax, enjoy the scenery and soak up the amazing experiences it has to offer.

To speak to Lizzie about planning your own discovery of West Coast Australia pop into our High Street Kensington store where she is based or [email]email=lizzie.kempson@flightcentre.co.uk text=email[/email].