Andalucía, with its combination of flamenco, Moorish architecture, tapas, and of course, the siesta, resembles what foreigners think Spain is more than perhaps any other part of the country. Though Andalucía has far more to offer than could fit in a single article, including a number of natural wonders and spectacular beaches, below are a few highlights – particularly in the realm of history and architecture - especially worth visiting regardless of the season. Famous for its beaches, Malaga is considered a summer destination for a reason – though it boasts a lovely cathedral and Moorish castle, it’s a bit lighter on history than some of its counterparts. It is, however, often the beneficiary of cheap flights during the off season, and well connected by bus and train to the region. Particularly close to Malaga, for example, is the town of Ronda, whose iconic bridge has made it a year-round destination for tourists. Built on opposite sides of a vast ravine, the centuries-old Puente Nuevo spans the gaping maw of the El Tajo gorge and connects both charming sides of the largest Pueblo Blanco (Andalucía is famous for its series of “white towns” in which virtually all the buildings are similarly whitewashed). 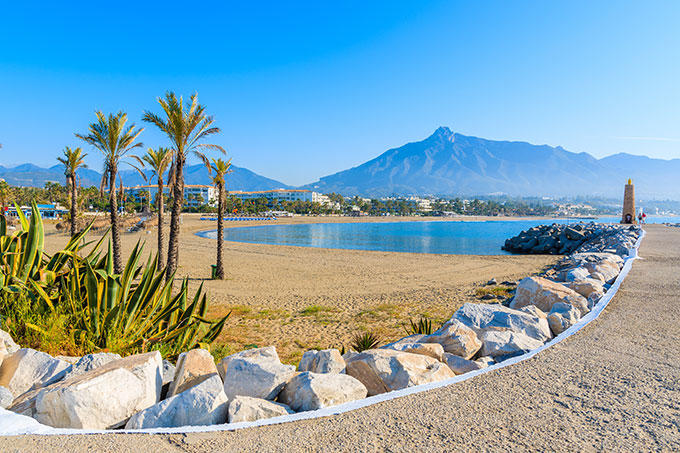 In a region dominated by spectacular remnants of Al-Andalus (the more than half-millennium period of Islamic rule of the southern Iberian Peninsula during the Middle Ages), one attraction about 30 minutes outside Ronda harks back to a somewhat earlier period. Visitors who arrive at the Cueva de Pileta after calling in advance to make a reservation should not be disappointed to find what appears from the outside to be merely a small hole in the cliff. The cave includes spectacularly-preserved paintings from three distinct periods, dating back as far as 40,000 years. In groups of no more than 20, since larger groups would elevate the temperature and damage the paintings (thus the reservation), visitors will be treated to a lantern-lit tour that combines natural wonder with a rich infusion of prehistory. The family that manages the cave - descendants of the man who found it several generations ago – are more comfortable in Spanish than English. But they put on an interesting and informative tour, which makes clear how dedicated they are to the cave and paintings they steward, and the guests who visit (sparing readers the details, I strongly recommend that anyone who leaves their rental car next to the hill on a windy day remember the parking brake). 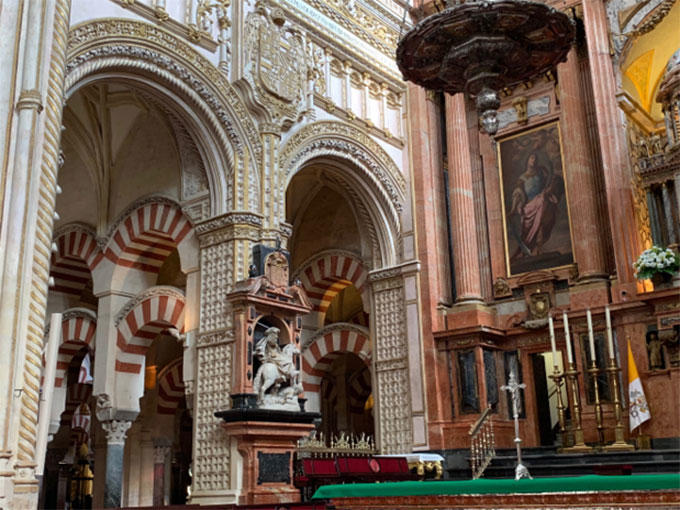 Cordoba: The History of Three Empires

Just over two hours north lies another small but historically rich city. Cordoba was once the capital of the Caliphate after already existing previously as an important city in the Roman Empire (the birthplace of Seneca, in fact); evidence of both historical periods is alive and well. A large Roman-era bridge spans the river, and joins the remains of a Roman temple in another part of the city as relics of that particular empire. The crown jewel of the city, though, is the Cordoba Mosque Cathedral, located in the Jewish Quarter (which is itself worth perusing). After Cordoba was conquered by Muslims in the 700’s, the mosque was built atop a Visigoth church that previously existed at the site. Several hundred years later, after Cordoba’s reconquest by Spanish Catholics, the mosque was converted into a cathedral. It exists today as a fascinating combination of the two architectural styles, featuring a vast array of columns and arches common to mosques, and higher roofs, chapels and glittery alter pieces more common to cathedrals. 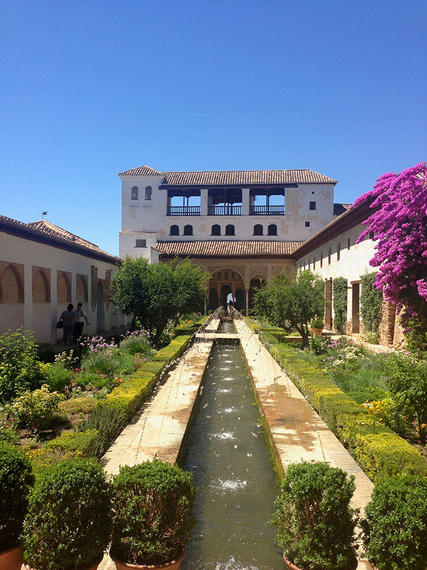 As the section title unsubtly references, Granada is famous for playing host to a spectacular fortress, palace and gardens complex called The Alhambra. Completed in stages under various Muslim rulers during the Middle Ages, the facility has been damaged or altered at various points in history (including almost being blown up under French occupation in the 1800’s). Overall, though, it remains probably the best-preserved Moorish palace in Spain, especially in the wake of 20th century restoration efforts. After climbing the hill and entering the site, it’s impossible to avoid being stunned by the breathtaking beauty of the gardens, water features and various buildings, complete with exquisitely detailed plaster carvings and tileworks, and very possible to devote at least half a day to exploring the complex. In addition to The Alhambra, Granada is home to one of the more spectacular cathedrals in Europe, which is actually easily visible from above when looking out from The Alhambra. 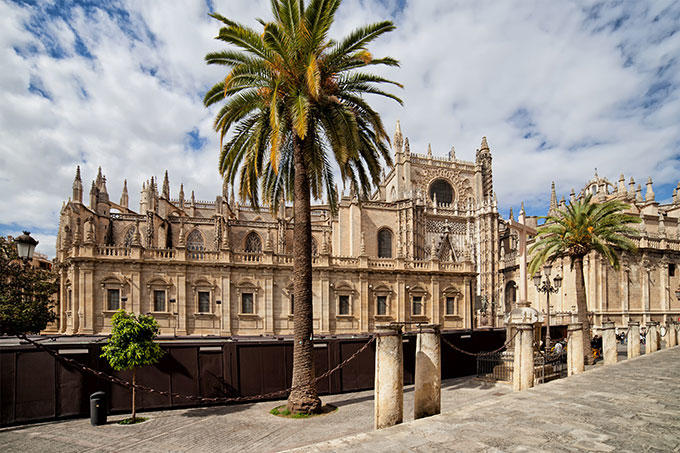 For visitors working with a smaller time frame hoping for just a quick taste of Andalucía, Seville is the best bet, combining history, interesting architecture, cuisine, and modern nightlife. In the centre of the city lies an absurdly large cathedral (the largest Gothic religious building, according to UNESCO), flanked by a massive bell-tower built from the minaret of the mosque that lay previously on the site. After touring the cathedral, in which none other than Christopher Columbus is buried, visitors should hike up the 35 ramp segments of the Giralda tower for panoramic views of the city. Those who dislike long lines should consider swinging by the nearby Divine Salvador church – although the somewhat gaudy Baroque temple is less worth visiting than the Seville Cathedral, tickets bought at Salvador also apply to the Cathedral, and allow one to skip the inevitable line. Finally, in a city that seems to ooze history (to the point where the old bull ring feels modern), travelers should visit the Setas de Sevilla, a remarkable modern architectural project built in the shape of giant mushrooms looming over a portion of the city. The panoramic views of the city, especially at night, are worth the several euro entry fee.

Malta
How to Spend a Week in Gozo, Malta
If you’re looking to spend a relatively affordable week in guaranteed sunshine, in your own farmhouse, with your own pool – then the Island of Gozo in Malta is... Read More »
Europe
A First-Timer's Guide to Barcelona
You could spend a lifetime in Barcelona and not discover absolutely everything it has to offer. The good news, however, is you’ll be able to get most of the best bits... Read More »
Europe
Live Like A Local in Lisbon
Last summer I headed to Lisbon, Portugal’s coastal capital, a city alive with ancient ruins, white-domed cathedrals and picturesque gardens. While many visitors... Read More »
Call:
0208 127 4273 0333 333 2211
Talk to a Travel Expert
Instant call back »We'll call you back for free
X