Almighty Adventures in the Best US National Parks

This article was taken from the latest issue of our travel magazine, The Experts.

From the immense other-worldliness of the Grand Canyon to the ancient forests and granite cliffs of Yosemite, America’s national parks boast some of the most breathtaking scenery on earth, writes Lauren Jarvis. And this year sees the USA celebrate the 100th birthday of its National Park Service... "In wildness is the preservation of the world," wrote US author and naturalist, Henry David Thoreau. It was an ethos championed by a determined group of Americans in the early 1900s, who fought for the establishment of an independent organisation to protect and preserve the country’s precious parks and historic monuments. On 25th August 1916, President Woodrow Wilson signed a bill creating the now-legendary National Park Service, which manages over 400 areas and more than 84 million acres, including 59 parks and some of the country’s most diverse landscapes. While America’s metropolises more than satisfy our desire for man-made pleasures, sometimes we need to return to the wild. It’s here that busy lives slow, frayed nerves calm, heads clear, hearts heal and problems slide into perspective. In our frantic, ever-changing world, nature’s timeless places reassure us that some things, at least, are eternal. 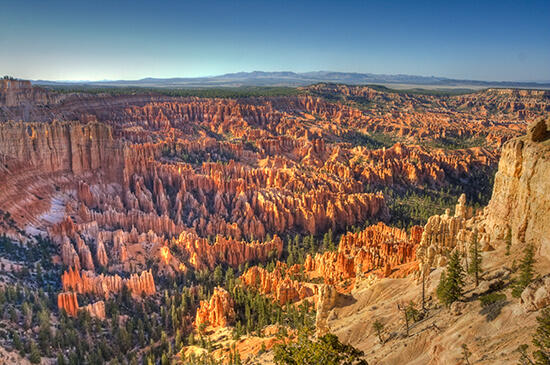 Nothing symbolises the American West more than the soaring sandstone towers, red-desert roads and endless blue skies of Utah. While the Navajo Nation’s Monument Valley Park has provided the classic backdrop for dozens of films, from John Ford’s Stagecoach starring John Wayne in 1939, to Johnny Depp’s The Lone Ranger in 2013, the state’s National Parks of Bryce Canyon, Zion and Arches are equally as cinematic. Big, bold landscapes are the setting for your own Western adventure, as you live out your cowboy dreams on horseback, exploring the world’s largest collection of ‘hoodoos’ – fairytale limestone formations which puncture the skies above Bryce Canyon.

Utah’s oldest National Park, Zion, is home to some of the world’s best canyon adventures. Lush gorges lure thrill-seekers to scale their sandstone walls and wade upstream through the Virgin River where over 18 million years of geological history is revealed in The Zion Narrows, one of the planet’s most striking slot canyons. The rocks are also the stars at Arches National Park, a wild wonderland of pink pinnacles, balancing boulders and over 2,000 dramatic stone arches, which give this very special slice of America its name. Stay overnight and those arches become windows, framing the clearest, starriest skies you’ll ever see. 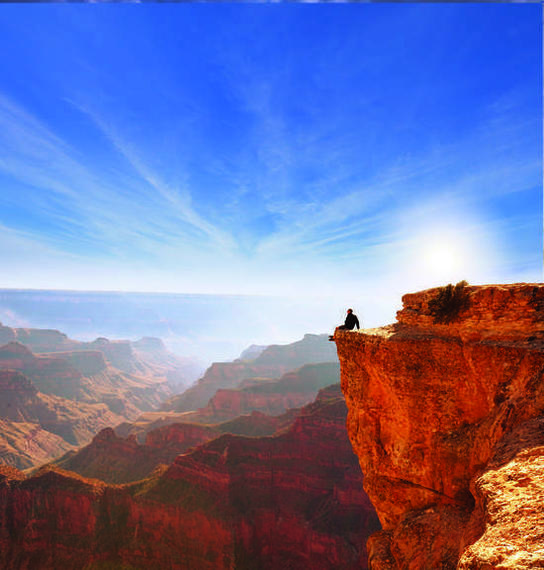 Just hours from the big, bright lights of Vegas, one of the world’s greatest natural wonders dazzles under the desert sky, dwarfing the larger-than-life attractions of Sin City. Immense, ancient and dramatic, the Grand Canyon is almost too much to take in: 227 miles long, up to 18 miles wide, and almost one mile deep, and carved by the Colorado River over the course of millions of years, time is laid bare through endless layers of coloured rock. Gaze over the plateau from the Canyon’s South Rim, or take a helicopter flight between its towering walls, and our place on earth’s timeline becomes clear: we’ve been here just a blink. 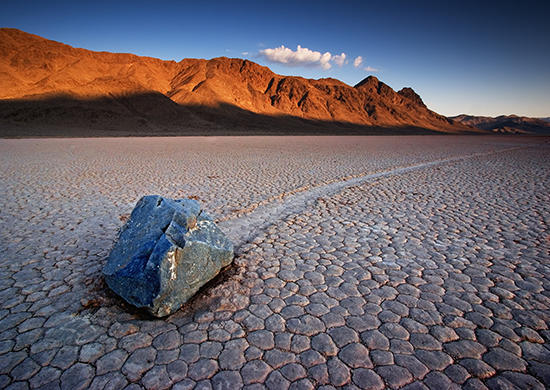 Until Richard Branson starts offering package deals to Mars, there’s one place on our planet where extra-terrestrial landscapes and other-worldly experiences are guaranteed: Death Valley. America’s largest National Park is a land of extremes, and driving through this below-sea-level basin reveals sights from surreal desert sandscapes to snow-capped mountains; rugged canyons to sweeping dunes; ghostly salt flats to Spanish-style castles and – after a rare burst of rain – colourful wildflowers. Far from being the foreboding wasteland you might expect, Death Valley is home to more than 1,000 species of plants, and animals including bighorn sheep, coyotes and bobcats. 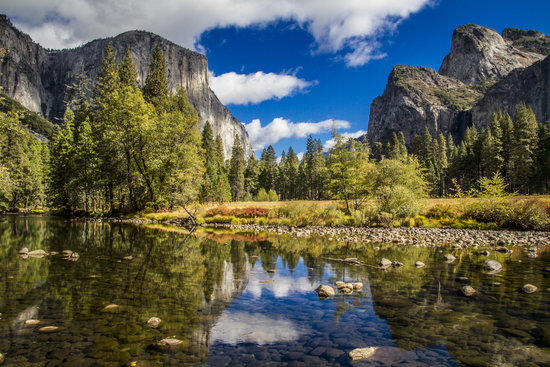 Everyone knows a few special places in the world that envelop you in a little bubble of joy you never want to burst. Yosemite is one of those bubbles. Just over three hours east of San Francisco, nature’s Disneyland offers a different delight every day, set amidst some of the earth’s most awe-inspiring panoramas. Majestic mountains, rainbow-hued waterfalls, ancient forests and sun-dappled valleys greet you every day, as you hike, cycle, climb or drive through the park. Wildlife abounds, with black bears and mule deer grazing in the meadows, and bobcats and grey foxes wandering the woodlands. I’d stay in this bubble if I were you. It’s epic.

Stretching across three of America’s states, the country’s first National Park has much to offer and plenty to protect. The legendary Old Faithful and most of the world’s geysers are here, with hundreds of spouting springs ready to erupt skywards across the bubbling, volcanic landscape. Home to grizzly and black bears, bison, wolverines, lynx and moose, this mountain wilderness is one of the world’s rare, nearly intact ecosystems. Twitchers flock to Yellowstone Lake to see bald eagles, ospreys and belted kingfishers, while peregrine falcons swoop above Yellowstone’s 25-mile Grand Canyon. 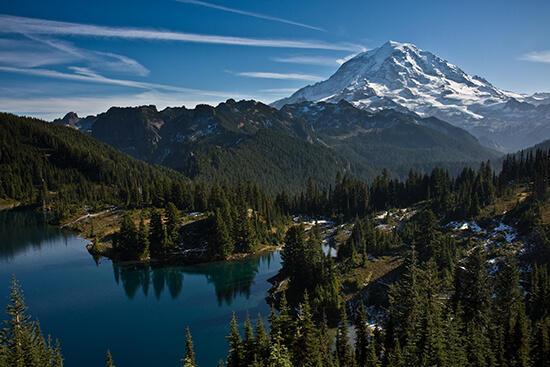 Mount Rainier National Park may be the natural wonder that first grabs your attention when you land in Seattle with its active volcano which looms 81 miles south of the city – but Washington State has more must-see marvels on its map.  Covering almost a million acres, Olympic National Park boasts several ecosystems and is bursting with life, as snow-capped peaks slope to meet primeval forests, which give way to broad valleys and glacial rivers.

From the summit of Mount Olympus, 2,432m above sea level, the Pacific Ocean shimmers to the west, and laps against almost 74 miles of coastline, which forms the Olympic Coast National Marine Sanctuary. Walk the beaches to explore tidal pools and watch for whales, dolphins, sea lions, seals and sea otters.

Less than three hours from Seattle, North Cascades boasts one of Washington State’s most spectacular drives, and fantastic wildlife-watching opportunities within ancient forests and on rocky slopes. ‘I have found that people go to the wilderness for many things,’ wrote author Sigurd Olson. ‘But, the most important is perspective. They go to the wilderness for the good of their souls.’ Amen to that.

Want to celebrate the centenary of the US National Parks in the best way possible: by visiting them? Speak to one of our Travel Experts about embarking on our National Parks & Canyons Journey, a tailor-made holiday designed especially for the occasion.

North America
The USA’s National Parks are Coming to a Screen Near You
Transport yourself from the cinema chair to the beautiful landscapes of the USA’s most incredible National Parks with the release of the ‘National Parks... Read More »
The Complete Guide to US National Parks
This article originally appeared on Flight Centre Australia's blogSpanning 27 states with more than 50 different preserved areas, the national parks in the United States... Read More »
Call:
0208 127 4273 0333 333 2211
Talk to a Travel Expert
Instant call back »We'll call you back for free
X