Tucked away on the south-west coastline of WA, the small city of Albany could well be one of Australia’s best-kept secrets. Albany is ‘just down the road’ from Perth, a good five-hour drive away, and this historic destination has yet to make it onto too many traveller’s itineraries.

That’s a shame because there is a lot waiting to be explored in Albany, but for those in the know, it means that there’s a lot more of this beautiful coastal region to go around. Albany is the oldest European settlement in Albany, it’s home to some of the best beaches in WA, and there are countless national parks to explore. You’ll quickly fall for the city’s laidback, outdoorsy charms, so to inspire you to travel here, here’s our guide to Albany. 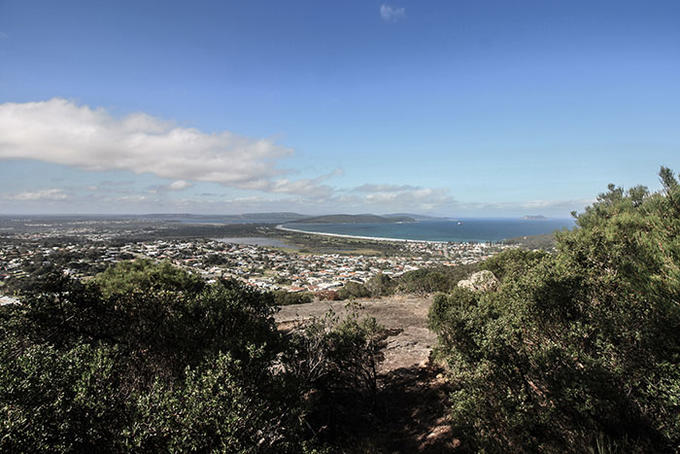 Albany was the first European city to be founded by the British in Western Australia when the first settlers arrived here in 1826, several years before Perth, although WA’s future capital soon stole the thunder and outgrew its southern rival.

Albany though remained an important place, and at the local museums, you can discover more about the city’s intriguing history, from the local Noongar people who have called the land here home for thousands of years, through to the first British settlers who laid out the urban plan that you see today.

Albany also has a close connection with the ANZACs, the Australians and New Zealanders who fought in the world wars, as the harbour was where the first soldiers departed to leave for Europe in World War I. You can find out more at the moving National Anzac Centre, which is found on the equally historic Mount Clarence, overlooking the city. Albany has some of Western Australia’s best beaches and the coastline is absolutely spectacular in this south-west corner of the country. You don’t even need to travel far to get to some of the best stretches of sand in the region, as within walking distance of the centre is Middleton Beach, where you can find BBQs, safe swimming areas and several cafes and restaurants facing out over the sea.

Further afield, the Two People’s Bay National Park is a rocky, untouched wilderness that hides some pure white stretches of sand between the cliff tops. The nearby town of Denmark is also home to excellent beaches and snorkelling areas, and a visit to Greens Pool is a must when you are exploring the coast. 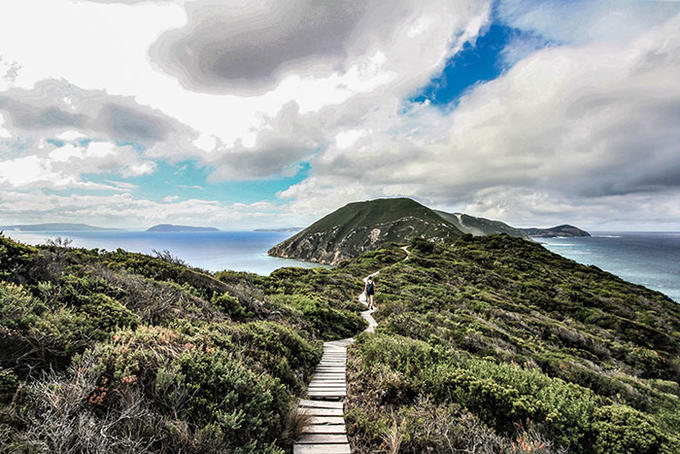 If you are looking for more active outdoor pursuits, rather than lazing around on Albany’s sandy beaches, then the city makes for the perfect base for hiking. You can start in the city itself, by hiking the heritage trails that lead to the summit of Mount Clarence, past old bunkers built during World War II, and to the fortress atop the hill which offers incredible panoramics over Albany.

The Torndirrup National Park, a short drive along the coast, is also a great place for hiking, with many trails weaving along the dramatic, rocky shoreline. Intrepid adventurers will want to tackle the infamous Bald Head Hike, a tough trek that takes you out over a rocky, windswept peninsular, a walk that could easily be the best in Albany. 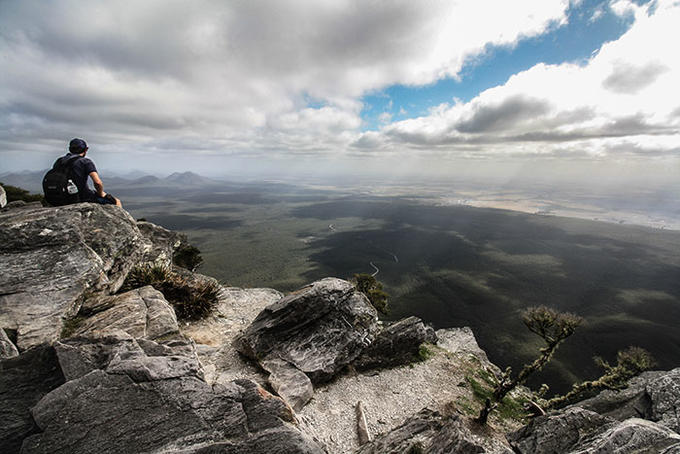 Albany is the best place in WA to base yourself if you want to hike to the summit of Bluff Knoll, one of the state’s tallest mountains, and a place that’s best known for being one of the few locations in Western Australia that has ever recorded snowfall.

Bluff Knoll stands 1099 metres high, and the base is just over an hour’s drive away from Albany. The hike to the summit isn’t as difficult as you might think, as much of the trail is formed from steps and although it’s steep, is relatively easy going. It will take you a few hours to get there and back again, and you’ll find the strange microclimate at the summit to be cold and misty in comparison to the forest below. If hotels aren’t your style then you’ve come to the right place, because Albany’s national parks are full of great camping spots. You can pitch your tent in some beautiful places, with campsites overlooking rivers or nestled away in the forests. Camp out at the base of Bluff Knoll to get to the summit before anyone else, or wake up to see the sun rise over the ocean.

The best camping spot in Albany is found at Shelley Beach, in the West Cape Howe National Park. This serene campsite is right on the beach, and you can wake up to the sound of the surf and to the sight of kangaroos bouncing along the sands. 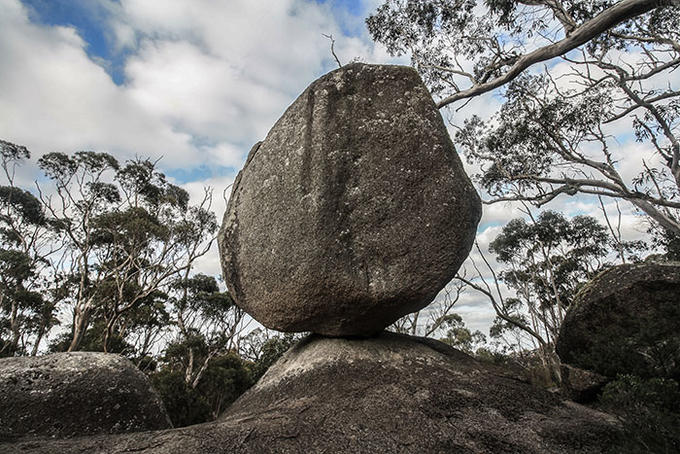 Albany is a city surrounded by rocky scenery and some of those rocks have become strangely intertwined with the local culture. A natural phenomenon to be found in the south west of WA is the presence of enormous, smooth, granite boulders, and at the Poronogorup National Park, you can find balancing boulders and castle-like rocks rising from the ground, at a location that was considered sacred by the local aboriginals.

In the city, you’ll also find the strange sight of Dog Rock, a rock shaped like a dog. Or so the locals will tell you. Stare for long enough and you might see the resemblance, but in local lore, Dog Rock is very much an integral landmark of Albany. 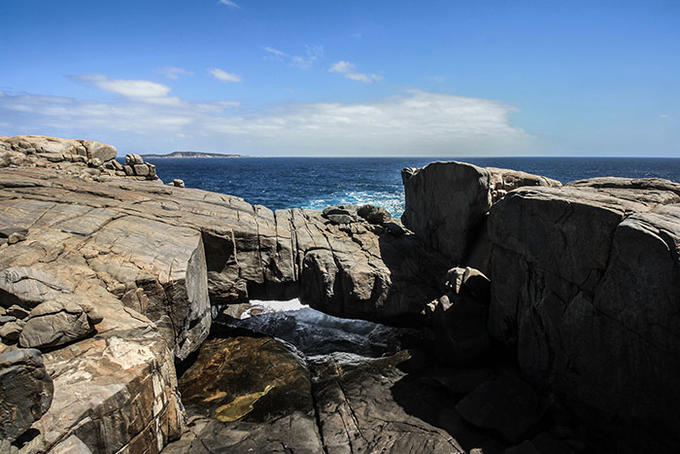 Other fascinating features of the Albany landscape are the dramatic blowholes and the unusual Natural Bridge that are found in the Torndirrup National Park.

Albany’s generally sunny weather can sometimes mask the often windswept and weather beaten coastline, but the Blowholes are an example of the powerful forces of nature at work along the coast. Here, powerful waves crash into the rocks, forcing air and spray out of the ‘blowholes’ that have been hollowed out of the coast.

The Natural Bridge is an archway that’s been carved from the cliffs, and you will see firsthand here how powerful the waves can be, as they crash into the rocks, slowly shaping and changing the coastline of Albany. 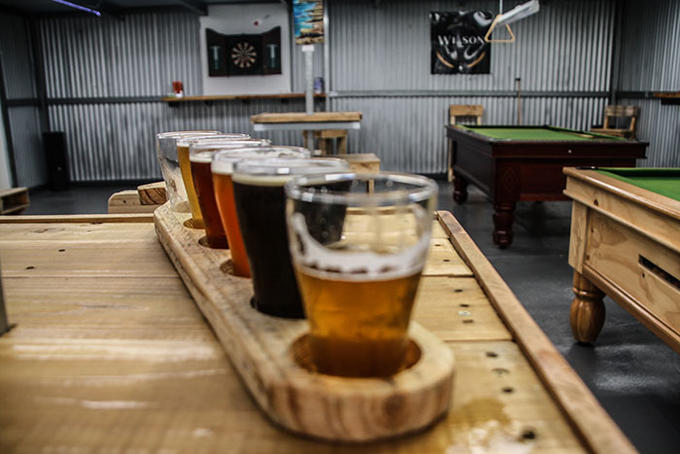 Albany isn’t just about nature though, and in and around the city you can find breweries and distilleries serving up some unique, local beverages. Craft beer lovers will want to head to the Wilson Brewing Company, a young brewery that’s been brewing up a storm when it comes to the Albany drinking scene.

If you prefer your drinks a little stronger though, then call in for a tour and a few tastings at the award-winning Limeburners Distillery. This local distilerry produces a selection of gins and whiskeys, each with their own distinctive features. Albany has some great cafes to enjoy too, with the high street lined with little eateries and charming local establishments. There are far too many good options to try everything during your first trip here, but it’s worth making the journey along the coast and out to Emu Point, to enjoy one of Albany’s best cafes.

You can make the walk from the city centre, following the long boardwalk that leads for several miles along the coast to Emu Point, where you can find beautiful scenery and beaches and the wonderful Emu Point Cafe which overlooks the water.