6 of the Best Wildlife Experiences on the Planet

We don’t call ourselves Travel Experts for nothing at Flight Centre! Our teams have travelled – and continue to travel – all over the world, experiencing different cultures, cuisines and landscapes. And of course, we’ve had some pretty amazing up-close encounters with nature along the way too. Intrigued? Here are just six of our best wildlife experiences on the planet, told first-hand by our Travel Experts: Giraffes, elephants and antelope in Africa

I’d never seen any animal in the wild before, let alone my favourite mammal – the elephant. We only had one day in Etosha National Park so I had everything crossed we’d be lucky enough to spot something. Our experienced guide led the safari van down the dusty trail to the large waterhole where scores of antelope and giraffe drank eagerly to quench their thirst. The timid giraffes made a graceful exit, before we watched the slow and strong movements of the elephant arrive. One by one these gentle giants emerged, proudly standing in unison before they took turns to splash, drink and spray each other. I watched their performance for well over half an hour before my guide announced it was time to move on. I will never forget the moment of watching this family go about their daily routine – it was magical.

HOW TO DO IT: Speak to one of our Travel Experts about tailor making your safari holiday to Africa. SPOTTED BY? Lauren Burvill
WHERE? Ranthambore National Park
WHEN? December 2015

It was early morning when my travel partner and I boarded a private Jeep with a naturalist, an expert trained to track all sorts of wildlife in Ranthambore, including tigers. He explained that he’d try his best to find a big cat but couldn’t make any guarantees. The park is split into areas where only a few Jeeps are allowed at a time so as to not disturb their natural habitat too much. Amazingly though, within the first few minutes of entering the park, I saw it: a female Bengal tiger strolling between the long grass, parallel to the road. Our Jeep came to a halt to watch as she walked confidently right by us (so close in fact I started to get slightly nervous), before crossing the road ahead and then running into the jungle. As I’d never even expected to really see a tiger while in India, to have such an incredible and intimate sighting was a wonderful experience.

HOW TO DO IT: Three Ranthambore game drives are included in our Glimpses of Taj & Tiger Journey. SPOTTED BY? Alexandra Gregg
WHERE? Jasper, Alberta
WHEN? June 2015

We’d been in Jasper National Park barely two days when we spotted our first wild bear. The moment was fleeting, but I can still remember it as if it happened yesterday… We were driving up to Maligne Lake, light snow pattering against the roof the car, when we saw her. Her black fur was sodden, but she wasn’t fazed. We slowed to a gentle stop and watched as she padded across the grass – which was fading fast from bright green to shimmering white – stopping to sniff plants disturbed only by snowflakes. We didn’t utter a word; being that close to something so beautiful stunned us to silence. After letting us observe her for several minutes, she sloped off into the woods again, not once bothered by our nearby presence. And she wasn’t the only one: in fact, she was the first of three wild bear sightings that day, each one more glorious than the last.

HOW TO DO IT: Search for bears on our Western Canada Peaks & Cliffs or Vancouver & the Bears, just two of our incredible tailor-made Canada holidays. 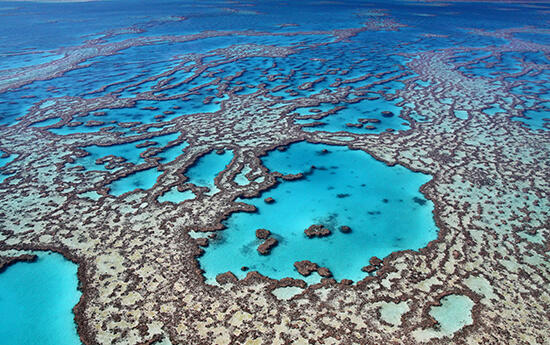 SPOTTED BY? Chris Steel
WHERE? Great Barrier Reef
WHEN? September 2002

I was standing at the back of the boat, fully kitted-up in scuba gear for the first time. The sea had been really choppy during the cruise from Airlie Beach to the reef, so a number of my fellow would-be scuba divers were already looking quite green. But I had already conquered the seasickness. Now my concentration was focused on the weight of the tank on my back and the words of wisdom our instructor had imparted moments ago. In fact, I was so distracted that once I’d stepped forward and plunged, flippers first, into the shimmering water I was thoroughly surprised that I was greeted by a mass of vividly coloured fish. There were so many, the larger ones floating slowly past me while the smaller ones darted in all directions around my head. We saw black reef tip sharks, turtles and an amazing spectrum of tropical fish. We were also treated to a fish feeding frenzy courtesy of a hungover associate who had been unable to hold onto his breakfast. I’d learned two things that day: firstly, that scuba diving was an unbelievable experience and I couldn’t wait to do it again. Secondly, scuba diving after a big night out is not advised.

HOW TO DO IT: Really get to know the reef on our Great Barrier Reef in Depth Journey. 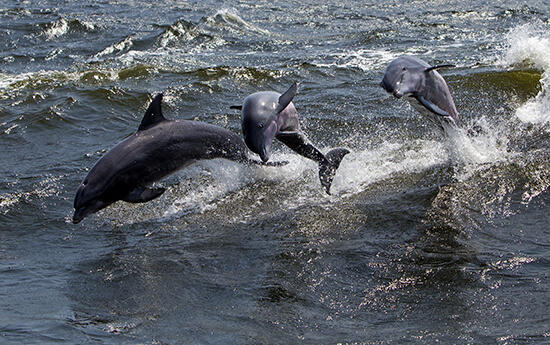 Wild dolphins in the USA

SPOTTED BY? Tessa Watkins
WHERE? Key West
WHEN? July 2008

Seeing those unmistakeable fins breaking through the calm waters of the ocean is a moment I will never forget. I remember in the moments beforehand, you could have heard a pin drop. The driver cut the boat’s engine and we sat in total silence, just waiting and hoping. Then it all unfolded very quickly – I could only see one at first, and then an entire pod emerged, leaping up into the air and jumping over each other before crashing back into the water. I watched on in wonder, before the magnificent creatures ducked back down beneath the ocean’s surface and out of sight. It was over as quickly as it had begun. We continued to sit in awe-struck silence, mesmerised by the foam as it slowly dissipated from the water, all traces of any disturbance in the peaceful sea gone. I had wanted to see dolphins in their natural habitat for as long as I could remember, but the reality of the experience was beyond anything I could have imagined.

HOW TO DO IT: Spend two nights in Key West on our Orlando to the Keys Journey. 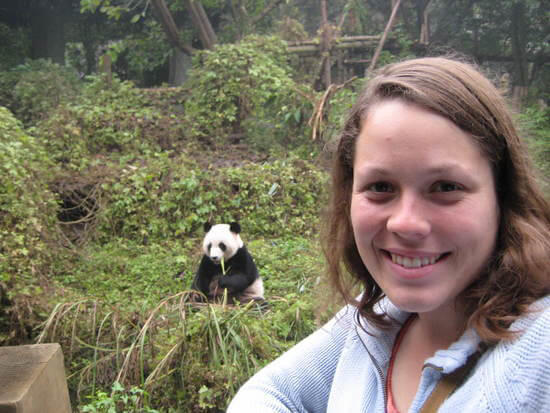 SPOTTED BY? Angela Griffin
WHERE? Chengdu
WHEN? October 2008

Our non-English speaking taxi driver held up his hands like claws, bared his teeth and growled at us. This could only mean two things: firstly, we had arrived at the Chengdu Research Base of Giant Panda Breeding, and secondly, its pandas were clearly savage beasts. Preparing ourselves to face these fearsome creatures, we gingerly wandered around the centre, searching the vast enclosures for the tell-tale sign of black and white fur. Before long, we saw him. A handsome adult male sat sleepily upon a mound of grass, his tufty black ears protruding comically from his head and his huge furry paws grabbing hungrily at sticks of bamboo. He couldn’t have been less ferocious if he’d tried. We watched him for a while; he barely noticed us. He was far more interested in yawning, eating and occasionally rolling over to scratch himself. He was far from the fierce creature we imagined, but what a privilege to come so close to such a magnificent animal.

HOW TO DO IT: Visit the Chengdu Research Base of Giant Panda Breeding on our Great Wall & Pandas tour, just one of our China holidays.

4 Adventures to Add to Your Bucket List
For some travellers, a simple walk around a city, or a day sun bathing at the beach simply will not do. The adventurer in us doesn't just want to explore a place or... Read More »
World
9 of the World’s Rarest Animals and Where to See Them
All over the globe, natural habitats continue to disappear. Not only does that mean the wondrous sights we travel for are fading, but it also means that the animals that... Read More »
Call:
0208 127 4273 0333 333 2211
Talk to a Travel Expert
Instant call back »We'll call you back for free
X