6 of the Best Road Trip Movies EVER

“I don’t ever remember feeling this awake.” This is just one of the many famous lines Thelma utters to Louise in one of the most iconic US road trip films of all time: Thelma & Louise. And who could blame her? Sure, they had the thrill of crime giving them a direct shot of adrenaline, but they had the open road ahead too – and there aren’t many things more liberating than that. 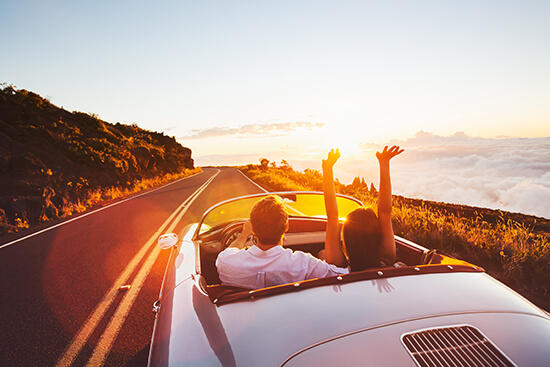 And as this year marks 25 years since the feminist flick hit the big screen, we’re going mad for the best road trip movies ever or, better yet, getting behind the wheel and hitting the tarmac on your very own road trip holiday. Here’s a bit of movie inspiration to get your engines revving:

It’s a classic: two friends jump in their Ford Thunderbird, planning a two-day vacation to escape their humdrum lives. But events don’t quite go to plan when, SPOILER ALERT, Louise kills a man to protect Thelma, forcing the pair to go on the run. The subject matter is a bit dark – especially that infamous ending – but there’s no denying the beauty of the landscapes the pair travels through. 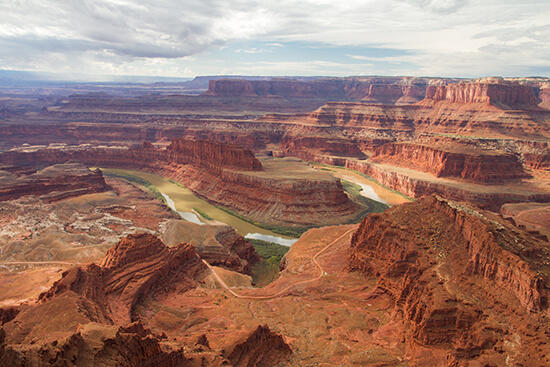 WHERE? Thelma & Louise grand finale was set in the Grand Canyon National Park, Arizona, but was actually filmed near Dead Horse Point State Park in Utah. The remainder of the film was shot in Bakersfield, California, and Moab, also in Utah.

HOW? Embark on our California & Canyons Journey, a tailor-made self-drive holiday from San Francisco to Hollywood, stopping at Yosemite, Death Valley, Las Vegas and the Grand Canyon.

Here we're following the South American adventures of Argentine revolutionary Che Guevara – before he became the Marxist icon of the sixties. At just 23 years old, a young Che (or rather, Ernesto) set off on a travel expedition with only one friend and a pair of motorbikes for company. Their plan: to see as much of the continent as possible and to finish off their journey in a Peruvian leper colony. Suffice to say the movie takes in some of the most rugged, culture-filled and picturesque parts of South America.

WHERE? Argentina, Bolivia and Cuba.

HOW? From La Paz to Rio, stopping off at cosmopolitan Buenos Aires, our Bolivia to Brazil Explorer group tour with Intrepid will take you through South America’s highlights.

The Adventures of Priscilla, Queen of the Desert

When two Australian drag queens embark on a four-week road trip across the Land Down Under, you know you’re in for a good ride. In The Adventures of Priscilla, Queen of the Desert this is exactly what happens, with equally hilarious and thought-provoking results. The group faces many dramatic challenges along the way – including climbing Uluru – but the real drama was to be found outside their bus, in the russet-hued landscapes that border the tarmac. WHERE? Sydney to Alice Springs and Uluru via Kings Canyon.

HOW? Discover Sydney, Melbourne, Alice Springs, Uluru and more on our Iconic Australia Journey – a tailor-made holiday that encompasses all of the country’s best bits.

What’s better than an 800-mile road trip from New Mexico to California? Why, one where the entire family is packed into a bright yellow Volkswagen Camper of course. Little Olive from Albuquerque finds out she’s qualified for the ‘Little Miss Sunshine’ beauty pageant in Redondo Beach, so calls upon her dysfunctional parents, brother, grandpa and uncle to escort her there. Combine that with comedy capers, awkward moments and witty one-liners and you’ve got the stuff of road trip dreams. 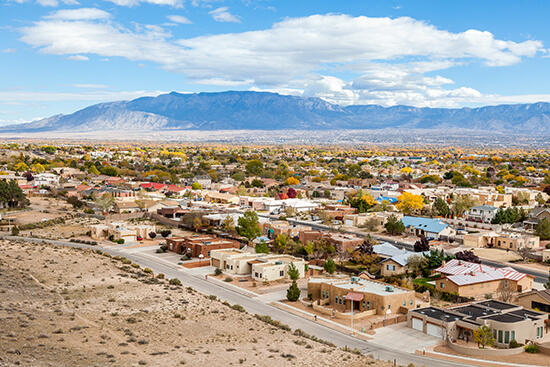 WHERE? Filmed on location across Arizona and California – the former acting as a double for New Mexico.

HOW? Visit the Grand Canyon in Arizona, Los Angeles in California and Vegas, Nevada, on our Casinos, Craters and Carousels US holiday itinerary.

Planes, Trains and Automobiles is a holiday comedy classic starring the late-great duo Steve Martin and John Candy. The movie sees both men battling a blizzard (and plenty of misfortune) as they attempt to get home for Thanksgiving. As the title suggests, they try every mode of transport possible to reach Chicago, Illinois, before finally getting behind the wheel and motoring through Missouri in the snow. 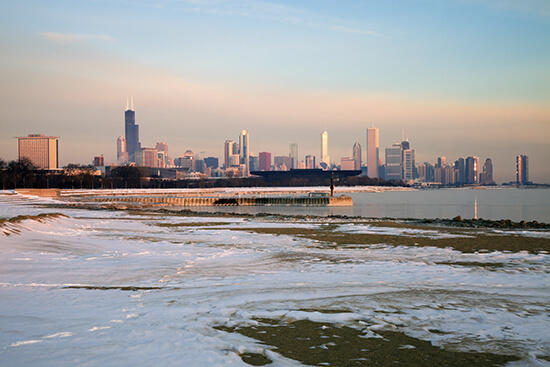 HOW? Take a Coast to Coast road trip with this self-drive itinerary, starting in New York and finishing in Los Angeles, offering plenty of scope for you to stop in Chicago and at other spots along Route 66.

Wine, women and more wine. These are the main themes of Alexander Payne’s award-winning 2004 flick. Two middle-aged men, Miles and Jack, head to the Californian vineyards for the weekend to celebrate Jack’s impending marriage, and instead find themselves trying dozens of varietals and having flings with two local wine pourers they meet on their self-drive wine tour. 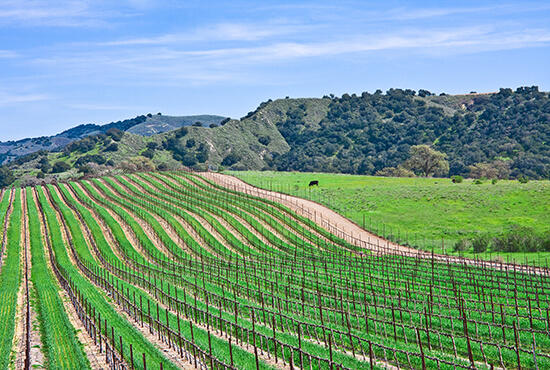 WHERE? The film was shot at wineries in Santa Barbara, however a Japanese remake of the move in 2009 used the Napa Valley as the main setting.

HOW? Embark on our Tastes of California Journey, a tailor-made holiday itinerary where you’ll sample the best cuisine and tipples in the state, including Napa’s world-famous wines.

Ready to put your pedal to the metal and book your road trip holiday? From Australia self-drive itineraries to iconic USA routes, our Experts have the perfect tailor-made Journey to suit your needs.

World
12 Films that Will Inspire You to Travel
I’ve lost count of the number of times I’ve finished watching a film and, when the credits start rolling, thought ‘wow, I want to go there’. As a self-confessed... Read More »
World
7 Star Wars Locations you have to Visit
What better way to celebrate the recent release of Star Wars: The Rise of Skywalker, than by paying homage to the incredible locations in which the movies were filmed?... Read More »
Call:
0208 127 4273 0333 333 2211
Talk to a Travel Expert
Instant call back »We'll call you back for free
X