Weird Christmas Traditions Around the World 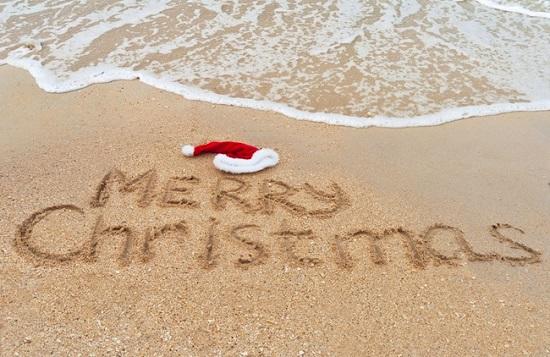 Every family has their own traditions when it comes to Christmas. Some like turkey while others like goose. Some leave carrots for the reindeers and some leave mince pies for Santa. Some rip open their gifts first thing in the morning while others wait until the afternoon. Some go for walks and others spend the day watching Christmas films and the Eastenders special.

But in some countries they have very different traditions to our own. If you fancy trying something different this Christmas, read on to find out the unique Christmas traditions from around the world and introduce some worldly cultures into your family routine. 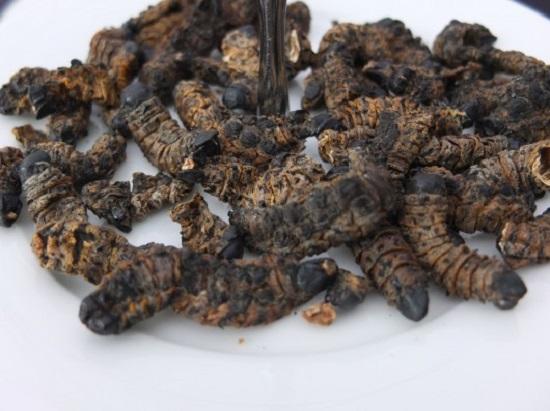 A South African speciality is the Sundried Emperor Moth Caterpillar. These juicy caterpillars are deep fried and served on Christmas Day. They have a flavour similar to tea and are surprisingly nutritious. We think we’ll stick to having a brew…

From deep fried caterpillars to deep fried chicken, we’re going to Japan now where KFC for dinner is a popular Christmas tradition. I’m not sure I could swap my turkey dinner for a bucket of greasy chicken, particularly when the queues on Christmas Day can last longer than two hours! The finger-licking favourite became so popular thanks a ‘Kentucky for Christmas’ advertising campaign in 1974.

Hide your mops in Norway

Did you know that in Norway they hide all their broom sticks and mops on Christmas Eve in case they are stolen by witches? Christmas Eve is regarded with the same fearful superstition as Halloween and the skies are filled with witches and mischievous elves. The family meal is eaten on Christmas Eve and then the gifts are opened before the broom hiding commences.

Beware of Krampus in Austria

Another creepy tradition occurs in Austria as the wolf-like creature, Krampus comes out to play. Krampus is a counterpart to the much friendlier Saint Nicholas, only Krampus scares children into being well behaved rather than rewarding their good behaviour with presents. We know which tradition we prefer! Each December there is now a Krampus Run whereby people dress up as the terrifying creatures and run around the villages and cities.

Throw your shoes in the Czech Republic

Single ladies in the Czech Republic have a unique opportunity to discover their romantic future on Christmas Eve. If they stand in their doorway facing the door and throw a shoe over the shoulder they can find out if they will be married within a year. If the toes land pointing towards the door she’ll be married but she’s got another year as a single lady if they point away from the door. 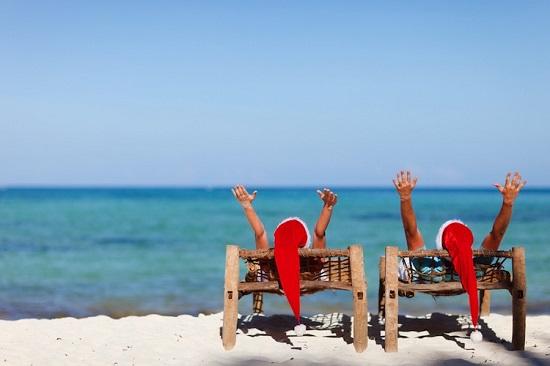 Now here’s one tradition we’d like to adopt, although it might not be the same on our chilly British beaches. Temperatures can reach up to 30 degrees C in Australia on Christmas Day so it isn’t unusual to spend the day on the beach. Fire up the BBQ and hit the waves and dress up as Santa if you’re feeling really festive.

Pickles in the tree in Germany

On Christmas Eve a pickle is hidden somewhere on the Christmas tree and the first lucky child to find it receives a surprise gift. It’s now more common to have a pickle-shaped glass ornament, although some sceptics think this may be a ‘tradition’ invented by Woolworths to push the sales of pickle inspired decorations. We’d rather have chocolates on the tree but wouldn’t say no to that surprise gift.

Pudding for the elf in Denmark

In Denmark a bowl of rice pudding or porridge is left for Nisse, a mischievous elf, on Christmas Eve. If he doesn’t get his pudding he will steal the presents Santa leaves for the children.

In Iceland they have no fewer than 13 Father Christmas’! The Yule Lads are similar to Santa only they arrive in town two weeks before Christmas and stay for the festivities. They were once depicted as cheeky chaps and more like mischievous elves but they are now much more like Father Christmas. Children leave shoes out for the Yule Lads in the hope they fill the shoes with presents.