A Visitor’s Guide to Australian Animals

Australia is a land with plenty of sights and experiences to offer visitors: endless, pristine beaches; wild and untouched nature; exceptional architecture; the world’s biggest coral reef and, of course, weird and wonderful wildlife. Most first-time visitors down under are eager to catch a glimpse of a kangaroo or koala, but not so keen on coming face-to-face with creepy crawlies. Luckily, you’re more likely to see skippy than a snake, but if you head out of the Aussie cities, you’re certain to encounter some unusual creatures. Here’s a guide to the good (cute), the bad (deadly) and the ugly (weird) Australian wildlife: 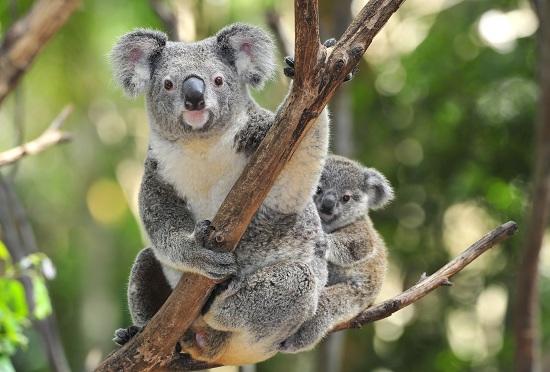 Everyone loves a koala; the marsupial that isn’t actually a bear, despite being commonly labelled as such. Koalas are nocturnal so seeing one in the wild during the day is fairly unexciting, given that you’ll just be staring at a grey ball of fluff at the top of a eucalyptus tree. Head to a wildlife sanctuary for an up close and personal experience, but beware: these cuddly-looking creatures have extremely large, sharp claws (useful for tree climbing) that can do some serious damage.

There’s probably no sight more quintessentially Australian than a kangaroo bounding across the horizon against a glorious sunset backdrop. If you get into the Aussie outback you’re likely to see more kangaroos than you ever dreamed of. Take extra care when driving in the country, as kangaroos are known to jump out onto the road putting themselves, you and your car in danger. For those with adventurous tastes, don’t be afraid to try kangaroo meat while you’re in Australia. You’ll find it on the menus of plenty of restaurants because it’s a delicious and lean meat. 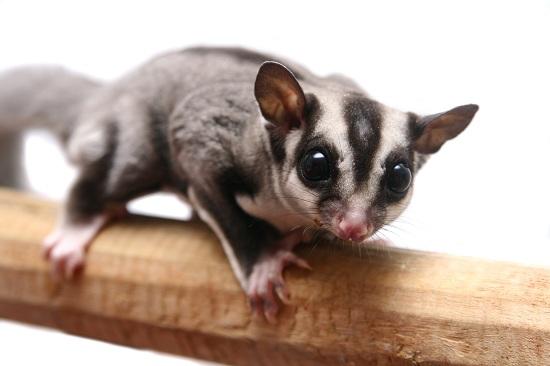 One of the cutest Australian animals, the sugar glider is a tiny possum with impossibly huge eyes and the ability to glide through the air from tree to tree in search of fruit. Being nocturnal, it’s unlikely you’ll spot one of these in the wild but if you visit a wildlife sanctuary, look out for one of these adorable marsupials. 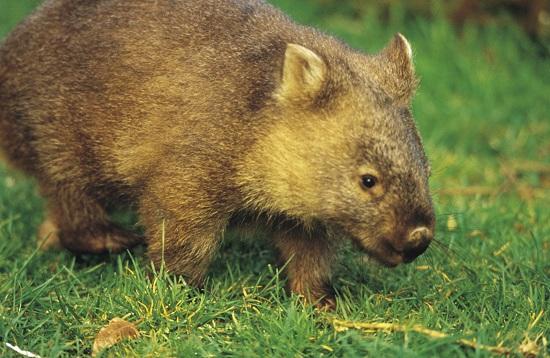 Some people might disagree with the wombat being placed on the cute list, but these stocky, waddling animals are endearing in much the same way as a sloth or warthog. Like most of Australia’s native marsupials, the wombat is nocturnal but you’ll know one is around by spotting its distinctive square droppings. We all know what these ominous creatures look like and just two musical notes, made famous by the film Jaws, can inspire fear of sharks in the hearts of many. You probably won’t actually see one of these in the wild (we hope not, anyway) unless you go cage diving in South Australia’s Port Lincoln, but if you are nervous about sharks a number of Australia’s popular swimming beaches have areas surrounded by nets to keep marine predators out.

These distinctive arachnids are common around Australia, but luckily they’re small (by Aussie standards!), devoid of hair or jumping ability, and there is an antivenom available should you be one of the very few people who’s bitten by this critter. No one likes spiders, but on the scale of dangerous wildlife in Australia, these guys are practically cute. 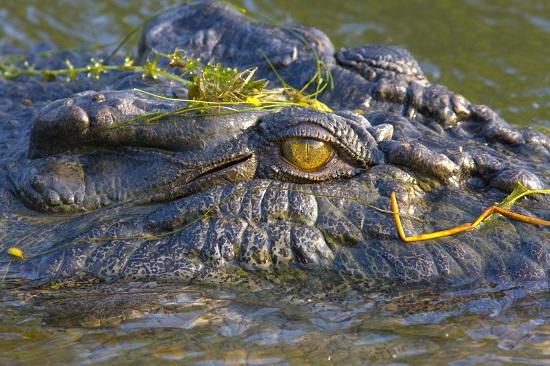 The favourite reptile of infamous Aussie Mick Dundee can be found in the tropical states of Australia, namely the Northern Territory and northern parts of Queensland. There are plenty of tours available if you fancy some crocodile spotting, including Darwin’s hair-raising Crocosaurus cove - a reptile park where visitors can brave coming face-to-face with crocs in the Cage of Death.

Ask any Australian and they’ll tell you about the elusive but dangerous drop bear. Similar in shape to a koala but much larger, the drop bear hides in treetops and takes prey on its victims by dropping onto them from above, hence its name. About as rarely sighted as the Loch Ness Monster, the drop bear is best eluded by avoiding standing under trees for long periods.

We’re just kidding. Drop bears aren’t real. But don’t tell the Aussies we told you that! 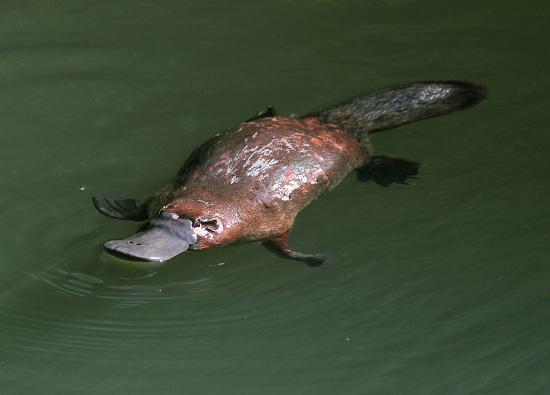 When the first settlers in Australia initially sighted a platypus, they thought someone was playing a practical joke on them. It features the bill of a duck, the tail of a beaver and the feet of an otter, and although it is a mammal it reproduces by laying eggs. This baffling little creature can be found in the South-Eastern Australian states or (where you’re more likely to see it) on the back of the Aussie 20 cent coin. The emu is the second largest bird in the world (beaten by the ostrich) and although it is flightless, it can run at speeds of up to 50km/hour. They consistently look like they are balding due to their sparse neck and head feathers, have beady eyes that like to stare and huge, ominous claws. In short, they’re just not pretty.

Another reptile from the northern states of Australia, this lizard looks relatively normal for the most part, but when it is frightened it unfurls a ‘frill’ of pleated skin that usually rests against its neck to scare off predators. It’s a spectacular and slightly unnerving sight to behold, but one cannot deny that this is, quite simply, uniquely Australian.