Every narcissist’s dream, the selfie has become a part of daily life whether we like it or not. Now immortalised in culture, language and every social media outlet, it’s hard to escape the daily exploits of the selfie addict. Clearly though, the craze has taken off, and now, an airline has even recognised the phenomenon with a special in-flight ‘selfie zone’ on one of its aircraft.

With their in-flight Wi-Fi, Virgin Atlantic now gives passengers the ability to post their much anticipated mid-flight selfies on Facebook from 35,000 feet. New designated ‘selfie zones’ onboard Virgin Atlantic’s new Boeing 787 Dreamliner aircraft have developed in conjunction with an online discussion board. 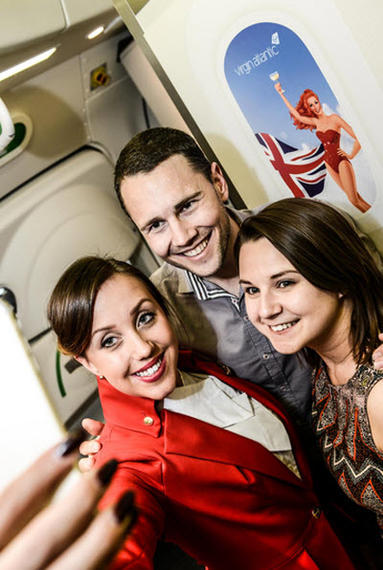 Once onboard, passengers can step into the ‘selfie zone’, snap a pic or two, and post it to Facebook for free via the onboard Wi-Fi. Virgin Atlantic and Jiffybots have released the latest app which allows customers to ‘check-in’ while on board the aircraft. Using the hashtag #skyhighselfies guests can share their in-flight shenanigans with all their Facebook friends.

Once logged into the app, it becomes a discussion platform or chat-room of sorts and can be used to interact with fellow passengers. To access the free Wi-Fi, passengers simply upload their photo to Facebook or participate in the onboard discussion board. Normally Wi-Fi has a fee of £14.99 for the duration of the flight. 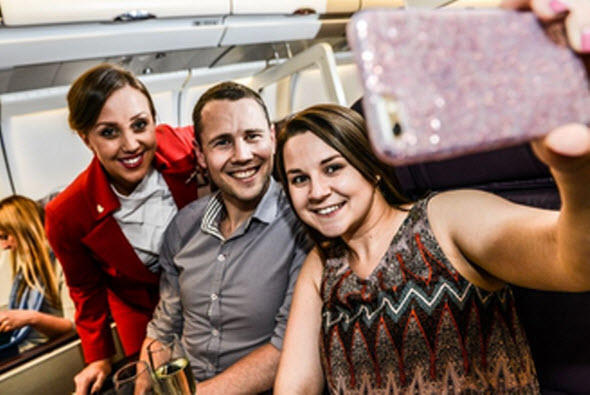 Virgin Atlantic currently operates the Dreamliner on the London Heathrow to Boston, Newark and Washington Dulles routes. By end of 2015 there will be nine aircraft in the fleet with Hong Kong and New Deli next in line for 787 service.

The Flying… Koala? Qantas Upgrades Four Koalas to Business Class
This post originally appeared on Flight Centre AUFour koalas have gone where many of us have yet to venture. A bunch of these furry marsupials received the VIP... Read More »
Europe
The world’s most Instagrammed destinations
The Golden Gate Bridge? Sydney Harbour? Ha Long Bay? While these may be some of our favourite sights to snap, the 300 million users on Instagram have other ideas.Last... Read More »
Call:
0208 127 4273 0333 333 2211
Talk to a Travel Expert
Instant call back »We'll call you back for free
X