Flight Centre Travel Blog/Things to Do in Washington, D.C. Beyond the Mall

Things to Do in Washington, D.C. Beyond the Mall

Of all the cities in North America to visit, perhaps none has as many prominent historic locations as Washington, D.C. From the Capital Building to the Washington Monument, the District is full of places worth checking off the list. Though a certain part of the District has always been of interest to tourists (growing up in the area, it was a running joke that visiting friends and family would inevitably ditch us to go and see one of a few specific sites), Washington, D.C. has become a vibrant city with tonnes of places worth visiting even for those who have already seen enough of The National Mall and wish to leave behind their fellow tourists. With its ever-expanding number of cool neighbourhoods, along with a seemingly endless supply of fascinating museums and cultural attractions, Washington, D.C. has something for everybody – those tired of city life can even escape for a hike in Rock Creek Park. So if you’re planning a trip to America’s capital city soon, be sure to read this guide to the top things to do in Washington, D.C, besides the National Mall! Though American cities’ public transportation systems usually leave something to be desired compared to those of their European cousins, D.C.’s metro and bus system is not bad, though a smartphone with data and the app Citymapper will certainly come in handy. The District also recently introduced a fairly comprehensive public bike system which includes short term options, and is the perfect way to get around the city. 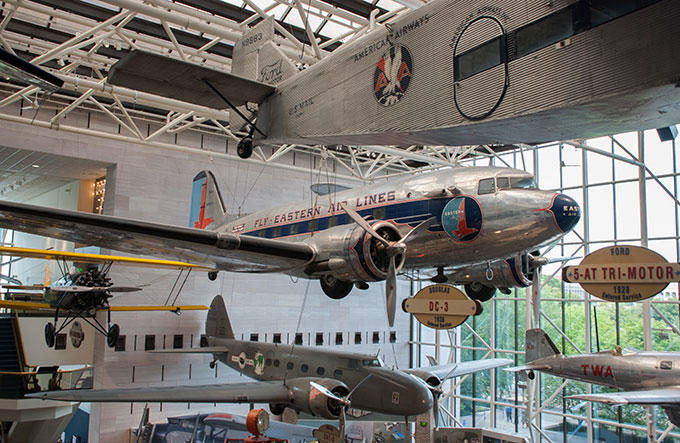 One of the best things about Washington, D.C. is the huge number of fantastic and usually free museums. Although one could easily spend more than a week perusing the best-known museums on the Mall, like the Air and Space Museum, American and Natural History Museums and the new African American History Museum, those wishing to see more have many options. In addition to The National Gallery, the artistically inclined should consider logging some hours at the Smithsonian American Art Museum and its White House-adjacent cousin the Renwick Gallery. Fans of modern art in particular will love the Phillips Collection and the Hirshhorn Museum (and its accompanying sculpture garden).

Visitors less fussed about spending time in art galleries will find numerous excellent museums addressing a variety of other topics. The United States Holocaust Memorial Museum provides a gritty and deeply moving look at one of history’s darkest chapters and the forces of hate that can lead to genocide. The National Museum of the American Indian showcases past and present native cultures of the Western Hemisphere, while the International Spy Museum provides an interesting and fun look at the historical and modern-day role of espionage. The National Building Museum, itself housed in the historically-relevant Pension Building, provides a fascinating look at architecture, construction, and urban planning. The Kennedy Center, though not strictly a museum, serves both as a monument to President John F. Kennedy and a venue for the performing arts. Over the last two decades in northwest D.C., the neighbourhoods of Adams Morgan and the U Street Corridor have joined Happy Hour stronghold Dupont Circle to become powerhouses of cuisine and nightlife. The bars and restaurants that line 18th Street in Adams Morgan and U Street between roughly 9th and 14th are usually packed, especially over the weekend. The east end of U Street has developed an increasingly vibrant LGBT scene, and the U Street Music Hall and famous 9:30 Club make the U Street neighbourhood one of the best areas to see live music in D.C.

During the daytime, it’s worth checking out the African American Civil War Memorial, and the weekly farmer’s market that takes place on the west end of the U Street Corridor. The area between the U Street Corridor and Adams Morgan is also home to one of D.C.’s loveliest urban parks, called either Meridian Hill or Malcolm X Park, depending upon who you ask. The park holds a long cascading fountain and gardens, and has for decades hosted a lively drum circle every Sunday afternoon. On the eastern side of the district, the H Street Corridor has recently grown into a similar culinary and cultural hub, with a wide array of restaurants and performing arts venues like the Rock and Roll Hotel and the Atlas Performing Arts Center making the H street neighbourhood a hot destination. As a side-benefit, the recent opening of the DC Streetcar, which starts in the historic Union Station (itself well worth a visit), has made the area far more accessible.

On the other side of the district, southwest D.C. has burst onto the scene over the last few years with the opening of the Wharf, a massive redevelopment of the city’s southwest waterfront. The Wharf includes a plethora of shops, restaurants, and music venues to rival any in the rest of the city, including Pearl Street Warehouse and The Anthem – events sometimes also take place outside at the District Pier. Due to its location on the waterfront, Southwest D.C. also comes with a number of water-related activities. Visitors can rent kayaks and paddleboats from the Wharf Boathouse, while those wishing to take advantage of access to the water without getting wet can swing by the historic Maine Avenue Fish Market, which has existed in some form for over 200 years. Easily accessible by bike, bus, metro or even a water taxi from Georgetown, the Wharf is well worth a visit. 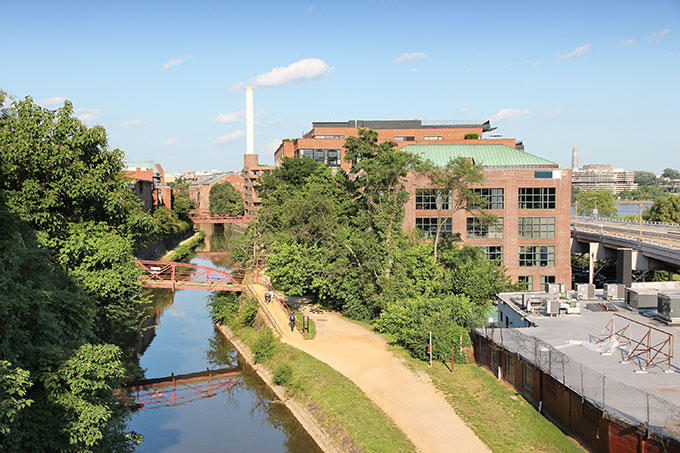 Those interested in exploring historic D.C. rather than the neighbourhoods that have risen recently should head west to Georgetown or south to Alexandria, Virginia. The historic centres of both are a draw for locals and tourists alike wishing to get a feel for the towns-within-the-city that predated what the District is today – the canals and locks of Georgetown in particular serve as a reminder of the towns from which Washington was created. See the east coast of the USA in style with this Journey, taking you from the history and culture of Boston and Washington DC to the bright lights and towering 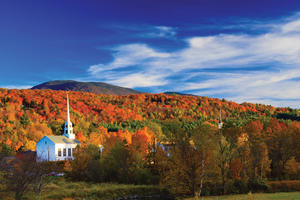 Hit the road and explore the rugged coastline and wild mountains of glorious New England – lounge on peaceful beaches, breathe the fresh mountain air and visit

Washington
Where to Eat in Washington DC
Often misrepresented as a place for politics not play, Washington, DC is bursting with creativity and tasty bites. Here, our local food fanatic – Vina Sananikone... Read More »
World
Visiting the World's Top Landmarks
Do you have your bucket list written? Get a pen handy, because you'll want to add some destinations to that list today. When TripAdvisor recently released their 2014... Read More »
North America
Where to Celebrate Thanksgiving in the USA
The US Thanksgiving tradition is a bit of a mystery to us Brits. It’s just an excuse to don an elasticated waistband, eat turkey and drink eggnog… right? Wrong!... Read More »
Call:
0208 127 4273 0333 333 2211
Talk to a Travel Expert
Instant call back »We'll call you back for free
X