Flight Centre Travel Blog/What it's Like Spending Winter in Hokkaido

I ended up living in Hokkaido by happy accident. I didn’t have much of an idea about what I’d do with myself after I finished university, but I did know one thing: I was going to Japan.

I’d been fascinated with Japan for ages, I’d spent two years studying the language, so it made sense to apply for a scheme called the JET Programme, which, if I was picked, would send me to live and work in a Japanese town. On my application form I’d put down ‘no preference’ for my destination of choice and I really hadn’t had one. I was so keen to go I didn’t mind where I’d live, as long as it was Japan. It worked; I got in.

At the back of my mind I thought: ‘You don’t really want to go to Hokkaido though. It’s like the tundra up there. Do you really want to be snowed in up there?’ I wasn’t keen on that idea. I loved snow but I didn’t want to spend half a year up to my armpits in the stuff. While I didn’t know a huge amount about Hokkaido, I did know it was famous for long, cold winters.

Fast forward to June. There were two months until Tokyo orientation and my placement arrived.

It’s only 556 miles to Sapporo’s New Chitose Airport from Tokyo’s Haneda Airport, but when you get off the plane on the other side the two feel worlds apart. Emerging from the air-conditioned terminal, I was expecting that same blast of hot air you’d expect to get from opening an oven door (no, I’m not exaggerating, Tokyo really is that hot in August) and didn’t get it. In Hokkaido it’s much more comfortable. Hokkaido’s a popular summer domestic break for many Japanese, thanks to its more comfortable climate, hiking and camping opportunities and of course, the onsen (hot spring) resorts, which are amazing to visit in the snow (just don’t accidentally fall in a snowdrift while you’re there).

I had a scenic drive to my new home. After the concrete and towering skyscrapers of Tokyo’s Shibuya district, it was a nice surprise to be met with big skies, rolling fields and, off in the distance, the hazy outline of purple-hued mountains. 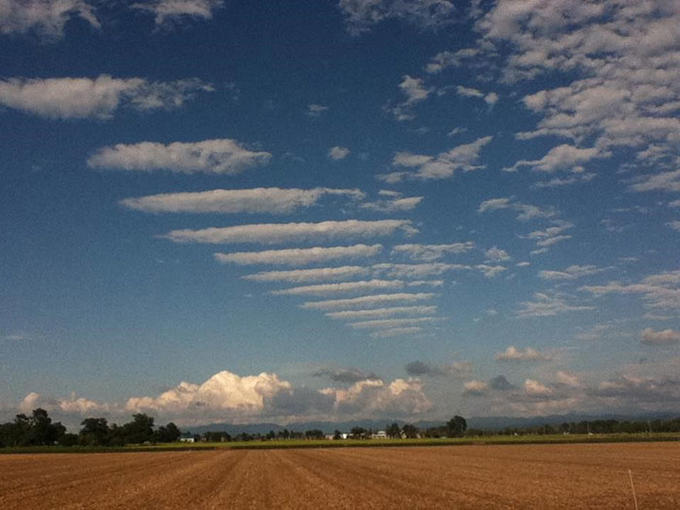 Iwamizawa ended up being home for four years. It’s the capital city of the Sorachi district, is 25 miles north of Sapporo and is famous for kiji ramen – delicious salty broth with big juicy bits of pheasant and noodles – growing onions and being home to what could be the world’s biggest mochi pounder. It’s notorious for something else too. When you say you live in Iwamizawa, you’re met with “Oh wow, you live there? Doesn’t that get a lot of snow?”

Yes. Yes it does.

“Oh god, Hokkaido?” my friend gasped when I told her where I was moving to. “You’re going to have to keep your toothpaste in the fridge.”

“In the winter. It’s so cold your toothpaste freezes.”

It can get down to as low as the minus 30s in parts of Hokkaido in the winter, but I’m pleased to debunk the toothpaste in the fridge myth – it was never that cold indoors.

When the snow arrives towards the end of November/beginning of December, it sticks around until April. It teases at first: you wake up after a snow day thinking there will be nothing but white when you open the curtains, only to throw them back and find yourself faced with grey tarmac. This lasts a few weeks, but then, when the snow sets in, it sets in. 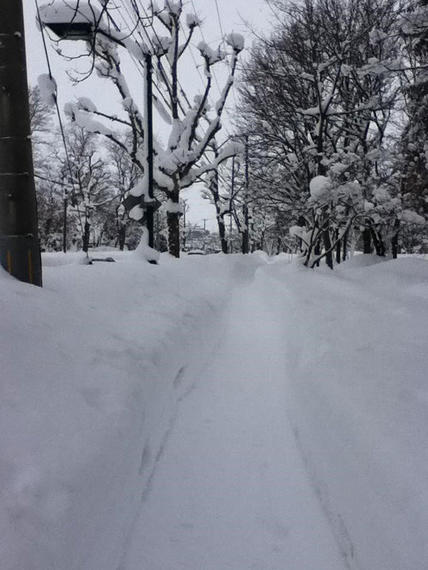 Snow addicts will rave about the light, fluffy powder that Hokkaido’s famous for and frankly, I’m not about to argue with them. It is beautiful and if you’re a keen but not necessarily skilled skier like me, it’s incredibly forgiving when you inevitably face-plant into it.

Fun fact: you are hard pressed to find a town in Hokkaido that’s not within half an hour of a ski slope and most of the schools offer ski lessons as a sport. For the best skiing, try Rusutsu, Furano and lasting Aussie favourite Niseko. You’ll find wide open pistes and plenty of untouched powder for off-piste fun in Japanese resorts, with conditions changing throughout the day thanks to regular snowfall. 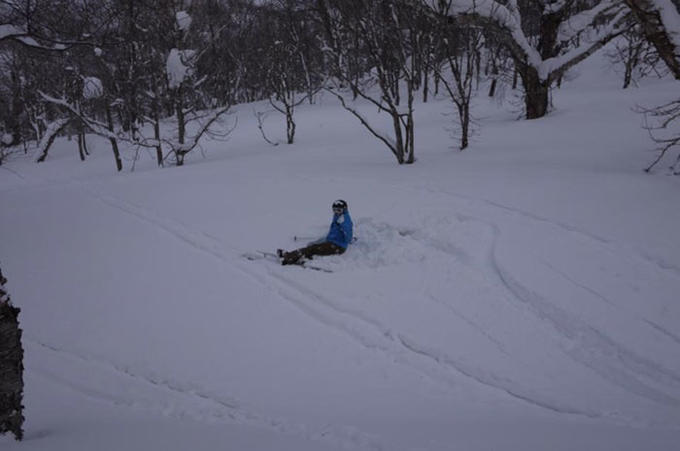 You don’t have to be a winter sport fiend to enjoy Hokkaido in the winter. Every February, the capital Sapporo comes alive with world-famous Yuki Matsuri, otherwise known as the Sapporo Snow Festival. The highlight is the snow sculptures in Odori Park, which runs through 12 blocks of the city. The main sculptures can be incredibly detailed and are sometimes 25m tall with carving teams coming from all over Japan and even further afield to participate.

Food and drink play a big part in the proceedings too; Sapporo is famed for its miso-based ramen, the perfect dish to warm you up after hours in the snow. If you’re not feeling ramen, my favourite restaurant in Sapporo is Suage+, a soup curry restaurant behind the Norbesa shopping mall in the Susukino area. I adore their lavender pork curry – beautifully tender pork belly in a spicy curry broth (you can choose your spice level) served with aubergine, kabocha, carrot and a boiled egg. If you’re feeling particularly indulgent you can have it with the house special: ‘cheese on the rice’.

Tempting as it is though, don’t spend all day eating or you’ll miss the highlight of the festival; when the sun goes down, the lights go up on the snow sculptures and the party carries on. 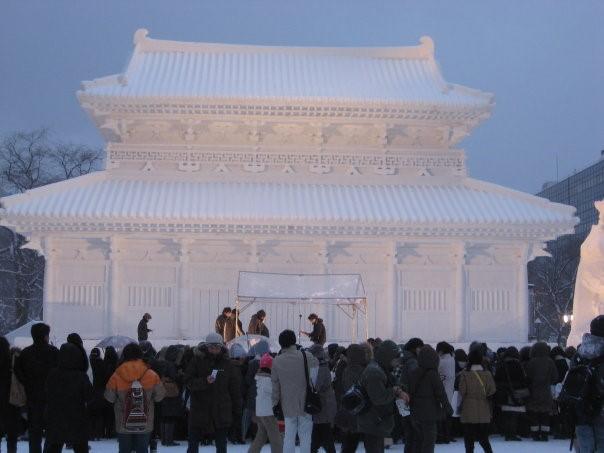 There are so many incredible things to do in Hokkaido in the winter. On 28th January this year, Abashiri city announced the arrival of the drift ice, which will see hundreds of tourists arriving in the north-eastern town to take ice breakers out to see it. If you’re visiting Hokkaido at Christmastime, it’s well worth taking a train from Sapporo down to Hakodate for the Christmas market and to see Fort Goryokaku, a star-shaped western-style fortress built in the final years of the Edo period. Switch trains at Onuma to board the Christmas Express steam train for the final leg of the trip. A truly magical experience. 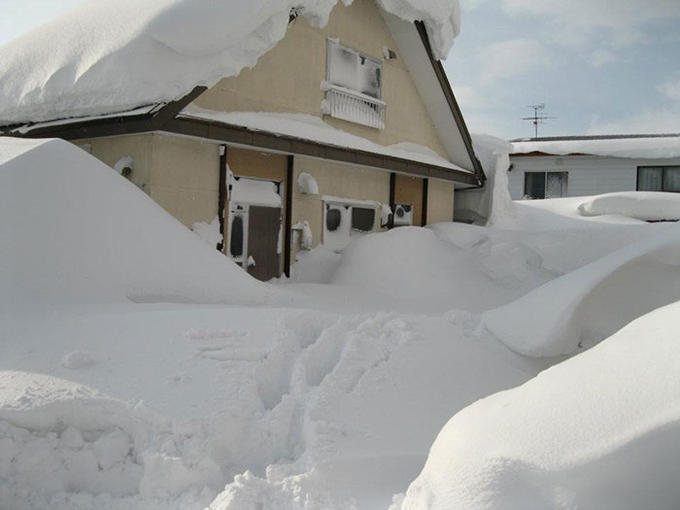 I came to Hokkaido fearing I’d freeze, but found it one of the warmest, friendliest places I’d ever been to. It’s a true hidden gem and so easy to get to, especially now that the shinkansen route has been completed, allowing travellers to get to Hakodate from Tokyo in under five hours. If you are looking for somewhere a little bit different but very special for a winter break, or a chilly stopover before going on to Australia, why not give it a try? You’ll get a very warm welcome, even after a blizzard.

Inspired to explore snowy Hokkaido and beyond? Check out our range of Japan holidays and chat to a Travel Expert about tailor making an itinerary to suit you.

Lucinda, currently working on the Flight Centre Concierge team, had never been further afield than France until she hopped on her first flight aged 12 and hasn't looked back since. Having set foot on five of the seven continents, she will talk your ear off about her travel experiences; whether it’s her quest to eat ALL the gelato in Italy, coping with being gawped at in an onsen Japan or how she escaped Scientologists in Hollywood, she’s got a travel tale for every occasion.

Japan
Things to Know Before You Go to Japan
“I’ve always wanted to go to Japan” is a sentence I’ve been hearing repeatedly since I got back from my recent trip. It was my second visit to Japan in a few... Read More »
Japan
The Best Foods to Try in Japan
During our short stay in Tokyo, we had quickly come to realise that you can never eat too much of anything in this busy city. Where there was food, we had to try it!... Read More »
Call:
0800 587 0058 0333 333 2211
Talk to a Travel Expert
Instant call back »We'll call you back for free
X