Simon Reeve’s story behind the picture: in Madagascar

He’s braved frontline conflict, hunted with the bushmen on the Kalahari, dived with sharks, survived malaria and been adopted by former headhunters... and now he’s judging our World’s Worst Travel Photographer competition!

Last month, Simon Reeve, TV adventurer, best-selling author and all-round intrepid traveller, shared his tips on what he’ll be looking for in your #crapsnaps.

This Friday, we’ll be hosting a live chat with the travel pro himself – so if you’ve got a travel question you want to ask Simon, send it our way on Twitter or Facebook and join in the conversation on Friday 3pm GMT on Twitter.

As presenter of the BBC series Indian Ocean, Equator, Tropic of Capricorn and Tropic of Cancer, Simon Reeve has travelled to more than 110 countries and seen some incredible sights. So we asked him to share the story behind one of his own photos from his travels... here’s what he had to say about this photo he took in Madagascar: 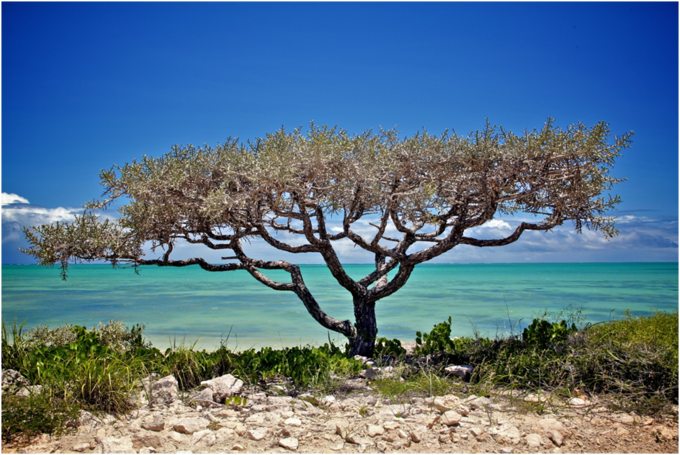 I was travelling along the south-west coast of Madagascar a few months back with a BBC film crew while shooting my latest TV series Indian Ocean. We stopped for a few minutes by the side of the dusty track – just for a pee break and to set up our main camera to film my car driving past, and I spotted this extraordinary bush standing alone in front of a gorgeous bay. The sky was a stunning blue, the sea was gloriously clear, and I just felt the bush looked weirdly beautiful, and in that moment it really seemed to symbolise so much about Madagascar, so I whipped out my camera and fired off a couple of shots. First I placed the bush off to the side of the frame and then I put it dead centre, and that just seemed to work for me.

I’m not a great photographer, by any means, and I still find it a huge challenge to get a good pic. My main problem used to just be getting things in focus, but now I take a bit more time to check it’s all sharp. Even if I’m shooting something static I make sure I’m taking pix at 1/100th of a second, and I’ll just whack-up the ISO/ASA to compensate, which I don’t think people do enough when they’re taking photos.

I get a huge sense of satisfaction when I take a good pic. And the best pics for me sum up something about where I’ve been, whether that’s in the smiling face of a local in a forest in South America, or a lazing lion in Africa, or this weird bush. This photo might not mean much to other people, but it’ll always remind me of Madagascar, a crazy and magnificent island that separated from mainland Africa an age ago, and where wildlife, plants and trees have evolved to be completely unique. I’ve been lucky enough to visit Madagascar a couple of times on my TV travels, and it’s always been somewhere that feels completely exotic. Much of the island has suffered from logging and deforestation, but you can still see sights that leave your jaw hanging open. And surely that’s one of the great treats of travelling.

Find out more about Simon Reeve's travels at his website.

Simon Reeve will be helping to bestow the title of World’s Worst Travel Photographer on one of our lucky (or unlucky, depending on how you look at it) entrants.

And make sure you stay tuned for our LIVE Twitter Q&A with Simon this Friday, 3pm GMT!

This competition is now closed for entries. Thanks to everyone who sent their crapsnaps our way.