From ornate forest temples to vertiginous cliff-top palaces, spiritualism in Sri Lanka comes with a big dose of wow-factor – starting with these divine spots.

In 477AD, King Kashyapa I of Anuradhapura was feeling adventurous – so he decided to build a palace on top of a 200-metre rock. It's a spectacular setting for one of the greatest archeological treasures of Sri Lanka: in its heyday, it would have overlooked acres of royal gardens, lakes and symmetrical grassy terraces. In the 13th century, the palace was turned into a Buddhist monastery. 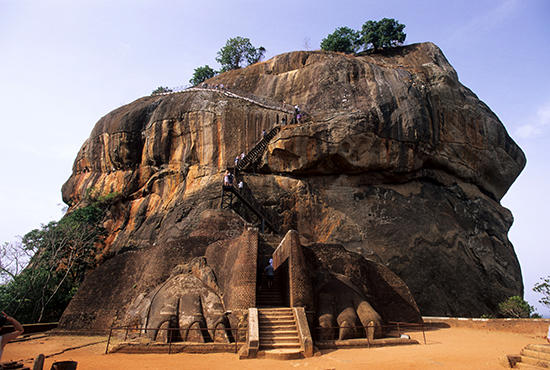 Today, Sigiriya is a UNESCO-protected site, but you can still get surprisingly up-close to its treasures. Puff your way up the 1,200 stone steps to be rewarded with regal views, then catch your breath as you wander the Sky Palace ruins. If you're not easily spooked by steep heights, take the additional spiral staircase to the Sigiriya Frescoes. Here you'll spy paintings of over 500 scantily-clad ladies – they originally formed part of a vast mural which was created for the royal family.

This sacred tree is said to have grown from a cutting of the tree under which Buddha attained enlightenment. It was planted in 249BC in Anuradhapura – Sri Lanka's region of ancient temples and monuments – and has been cared for continually ever since by Buddhist devotees. It's decorated with prayer flags that flutter in the breeze and is surrounded by a golden fence that shimmers in the sun. 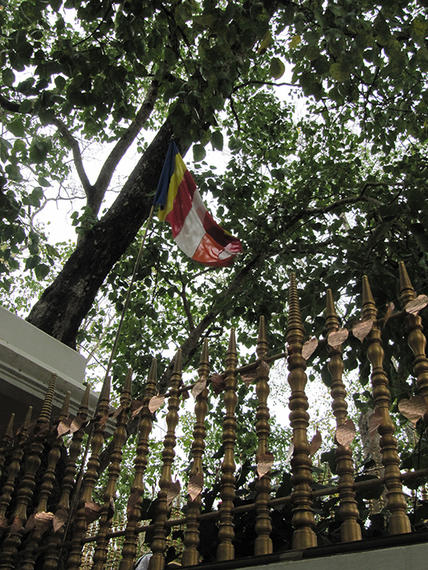 When I visited, Jaya Sri Maha Bodhi was busy with worshippers of all ages and nationalities – school children, old ladies, and pilgrims from all over the world. Everyone had brought flowers and sweets to leave as offerings under its boughs, and the mood was upbeat and excited.

This 2,243m mountain towers over central Sri Lanka, and is sacred to all of the country's main faiths. Buddhists call it Sri Pada and believe that its summit bears the mark of Buddha's footprint – according to legend, he came to Sri Lanka to acknowledge the country's vital role in his teachings. In Hindu tradition, the indentation is the footprint of Shiva – and the mountain is known as Sivan Adi Padham. In Christian and Islamic lore it's the mark of Adam. Whatever you believe, the majesty of this peak is undeniable: it's a positively regal spot, with endless views of tea plantations, forested hillocks and lakes. You can climb to the top at all times of year, but December to May is the main pilgrimage season. Always be respectful when you climb: for many people, this is hallowed ground.

If you're in Anuradhapura to uncover its ancient treasures, don't miss this vastly underrated complex of Buddhist ruins. You'll start at the bottom of a 1,000-metre hill, at the base of a seemingly endless set of stone steps – but don't be daunted. On your schlep to the top you'll encounter a crumbling monastery, elegant stupa (built in the 1st century AD and now restored to its former glory), and a vast Buddha statue that towers over the valley below. 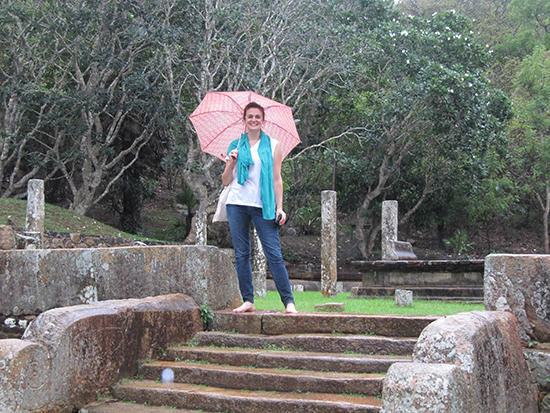 It started raining when I reached the top of Mihintale, a rather spiritual experience in itself, really. Rain in Sri Lanka comes thick and fast: umbrellas are futile, so my travel buddy and I wandered barefoot (shoes are a no-no in Buddhist sites) through the drenched ancient ruins, stifling giggles as we skittered through muddy puddles under Buddha's watchful eye.

Hidden in the dense forest of Mahamevnāwa Park in Anuradhapura, the Samadhi statue is surrounded by Buddhist devotees who come here to pray every day. When I stumbled across this Buddha carving, a group of elderly women in orange robes were sitting silently meditating; their heads were bowed, and their lips were moving in unspoken prayer. 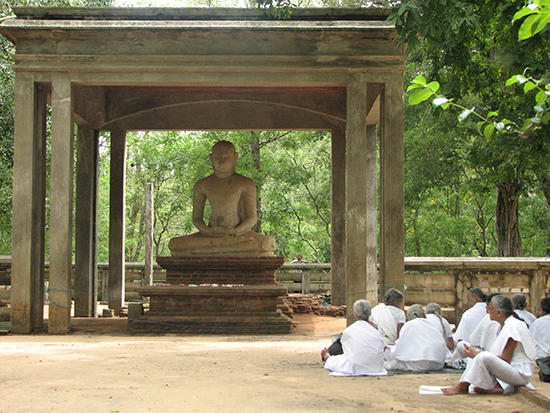 This site is wonderfully secluded. Sit in the dappled shade at the edge of the clearing and take a moment to soak up the calm. If you're interested in trying meditation, I can't think of a better spot in Sri Lanka.

Rising from the forest of Anuradhapura’s ‘Cultural Triangle’, this imposing white dome is perhaps Sri Lanka’s finest stupa: in a country laden with impressive shrines it’s notable for its height (55 metres), intricate hand-painted friezes, and constant throngs of Buddhist worshippers. 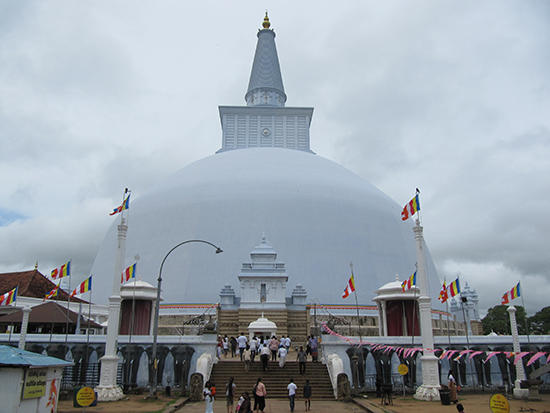 The original monument was built in 140BC, and it has been lovingly restored and maintained. You can see the brushstrokes on the hand-painted elephants that surround the stupa, and the gardens are delightfully peaceful. We spotted monks napping under the trees, taking time out after their pilgrimages.

Deep inside a rocky outcrop in central Sri Lanka lies a trove of priceless Buddhist and Hindu iconography. These five caves are stuffed with over 150 Buddha statues and carvings of Hindu deities, and almost every inch of the rock is covered with hand-painted murals. Both the scale and condition of this site are remarkable. The rock paintings were originally commissioned by King Valagambahu in 2AD – and their hues are still vivid. But the importance of these caves can be traced back even further: it's an ancient burial ground, with tombs concealing human remains that are up to 2,700 years old.

Drawn to places that most people dismiss, I love digging out juicy stories in off-beat locations – whether that's poking around the furthermost corners of Europe, travelling overland in East Africa, or venturing beyond the malls and beaches of Dubai. I've travelled all over the world on assignment, but still haven't mastered the art of packing lightly. Tweet me @hazelplush

Asia
Explore Sri Lanka: Pearl of the Indian Ocean
One of the most beautiful countries on earth, Sri Lanka lies like a teardrop-shaped gem off the southern tip of India, writes Donna Hardie. This vibrant jewel in the... Read More »
4 Adventures to Add to Your Bucket List
For some travellers, a simple walk around a city, or a day sun bathing at the beach simply will not do. The adventurer in us doesn't just want to explore a place or... Read More »
Call:
0208 127 4273 0333 333 2211
Talk to a Travel Expert
Instant call back »We'll call you back for free
X