How to Spend 24 Hours in New Orleans

“New Orleans should never have been a city – they made a mistake when they built it here.” These were the first words someone uttered to us when we set foot in The Big Easy. That’s not to say it’s not a much-loved hub but, as Hurricane Katrina proved, the Crescent City’s location makes it incredibly vulnerable to storms and flooding. After all, all the levees in the world can’t change the fact that, on average, it sits six feet below sea level. 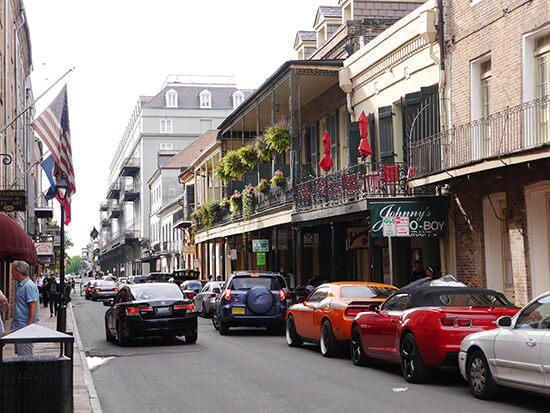 However, it’s this Mississippi River/Gulf of Mexico location that makes New Orleans such a fascinating place. It’s a city like no other, and one that warrants a lot more than just a 24-hour pit stop. But, if that’s all you have (like I did), here’s how to make the most of your time here:

Since its inception as a Native American trading post in 1791, New Orlean’s French Market has been a huge attraction for the city. Stretching for six blocks from Washington Artillery Park to the neighbouring flea market, it’s a great place to pick up some souvenirs – from cookbooks to hand-crafted art. It’s also a great place to buy Cajun spices. So while you may not have time to try loads of Louisiana food, at least you'll be able to replicate it when you get home. Weave through the above-ground graves

Thanks to the water table here, cemeteries in New Orleans are a bit different. Or rather, it’s the style in which people are buried that differs; the deceased are put into above-ground family tombs – like mausoleums – usually on top of the remains of other relatives (although these do have to be sealed in the tomb for one year and one day before being disturbed). Every crypt is different, making for an unusual skyline of marble, stone and slate – some with intricate carvings or statues on their summit, or others with just simple messaging. It seems morbid on paper, but these elaborate graveyards are so fascinating that they are destinations in themselves, attracting an abundance of tourists every year, featuring in many Hollywood blockbusters (Double Jeopardy and Interview with the Vampire to name two) and earning the nickname ‘Cities of the Dead’. 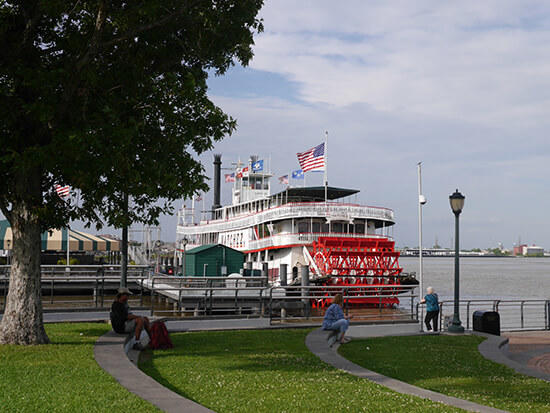 Stroll along the river

The Crescent City may be famed for its humidity, but it’s not hard to find a gentle, refreshing breeze along the Mississippi River. A linear park and path along the banks make for easy exploration; from here you can see the busy French Quarter, the iconic Steamboat Natchez (with its bright red paddle wheel) and of course, one of the USA’s most historic working waterways. And, after a morning pounding the pavements, there’s nothing better than grabbing a po’boy picnic and enjoying the laid-back riverfront vibes for lunch. 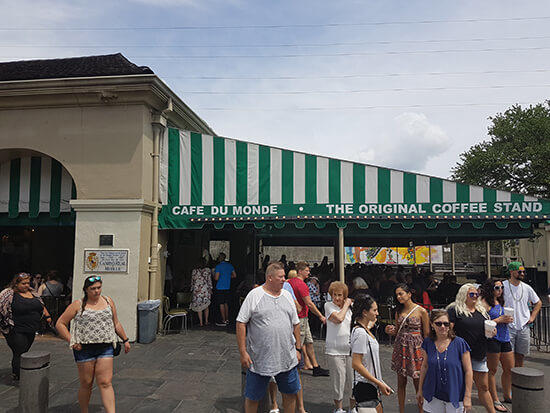 Eat and drink all the signature dishes

Speaking of po’boys, that’s just one of the quintessential NOLA things you have to try. You can get them all over (we recommend the fried, dressed shrimp variety) but we’ve heard through the grapevine that the sub-like sandwiches served at Domilise’s are some of the best. The secret is all in the bread – it has to be the French Leidenheimer. For dessert, nothing can beat the crispy, sugary beignets at Café du Monde – it’s impossible to just have one of these delicious fried fritters. Follow that up with a potent Hurricane cocktail (or three) of an evening, and you’ve ticked off our top three local drinks and dishes. 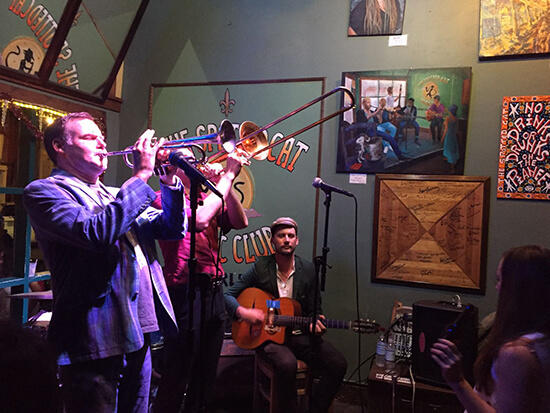 Music is the lifeblood of The Big Easy. Jazz clubs, street performers and bands in bars are everywhere – so much so that the soothing tones are carried on the breeze. To sample it at its best, head for Jackson Square in the day – where musicians are on every street corner – or, after dark, try Frenchman Street. The bars in the Faubourg Marigny district showcase some of the best local talent. For good music and an even better ambience, try the Spotted Cat Music Club. 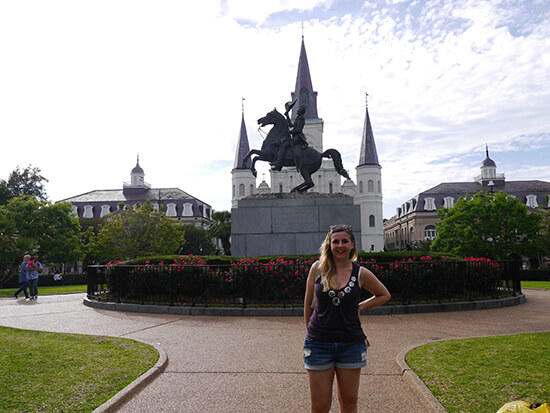 Wrought-iron balconies, lush courtyards and a melting pot of different nightlife – this is Vieux Carre, or the French Quarter, as its better known. The oldest part of New Orleans, it’s also the part that attracts the most attention, most likely because of its European roots. Bordered by Canal Street, Decatur Street, Rampart Street and Esplanade Avenue, it’s easy to explore the Quarter on foot, stopping off at restaurants, music venues and quirky shops – there are even stores touting voodoo paraphernalia. Make time for the larger than life party vibes of Bourbon Street and also Jackson Square, a NOLA landmark famed for its beautiful gardens and the statue of war hero Andrew Jackson. 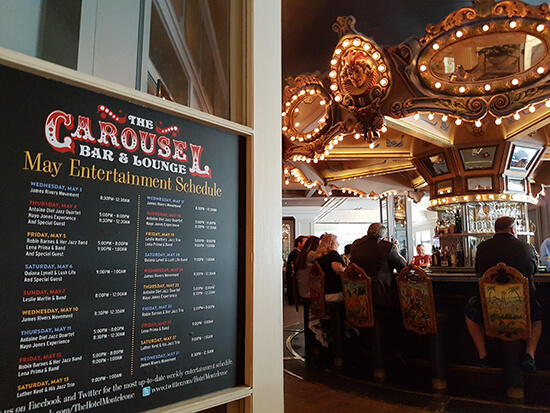 Overnight in the heart of the action

Staying in the French Quarter is a must too. The world-famous Hotel Monteleone is steeped in history and has been family-run since 1886. Most importantly, it has a wonderful restaurant and an even better bar – the Carousel Bar & Lounge actually slowly rotates, giving every person sat at a stool the chance to look out across Royal Street. If chains are more your thing, there’s also the DoubleTree by Hilton New Orleans, which sits on the edge of the French Quarter and opposite the fantastic Harrah’s Casino.

Experience The Big Easy on our New Orleans & the Plantations holiday, with prices from £1,189pp. Make an appointment with a Travel Expert to find out more about our New Orleans Holidays.

New Orleans
The Best Ways to See New Orleans
Teetering on the banks of the Mississippi – the arterial vein of the Deep South – French-founded New Orleans is the USA like you’ve never experienced before.... Read More »
Deep South Dishes: A Food Diary of Louisiana, Mississippi, Alabama & Florida
When you’re whizzing through four US states in less than a week, it’s fair to say that you’re going to see a lot, and that you’re not necessarily going to... Read More »
Call:
0208 127 4273 0333 333 2211
Talk to a Travel Expert
Instant call back »We'll call you back for free
X