The Great Barrier Reef is quite simply one of the most spectacular natural wonders of the world. But what’s the best way to see this incredible phenomenon – bird’s-eye view or beneath the waves? I decided to put both to the test when I visited earlier this year. 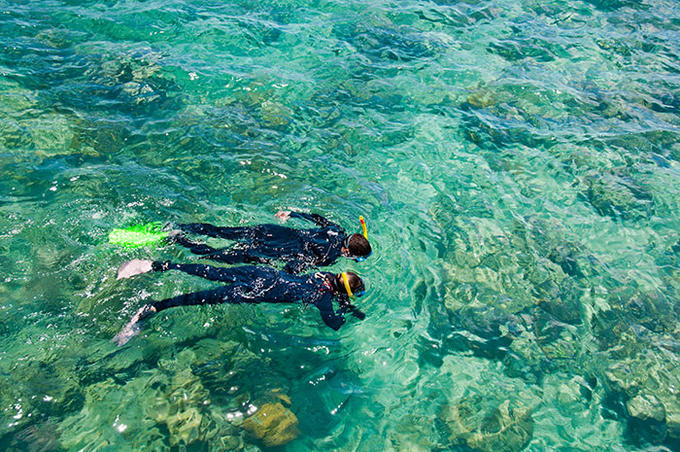 Immersing myself in Australian waters had been the last thing on my mind. I’d had every intention of boarding the glass-bottomed boat, but by the time we’d finished the punishing two-hour catamaran crossing from Hamilton Island to Hardy Reef, the queues were already trailing round the pontoon.

This is probably a good time to confess that I can’t actually swim. But I wasn’t about to let that minor detail stop me from witnessing one of the most incredible spectacles on earth – and I certainly hadn’t travelled halfway across the world to stand in line all day. So I squeezed into a ‘stinger suit’, slipped on some flippers, tightened my snorkel mask, buckled my flotation vest and jumped right in. 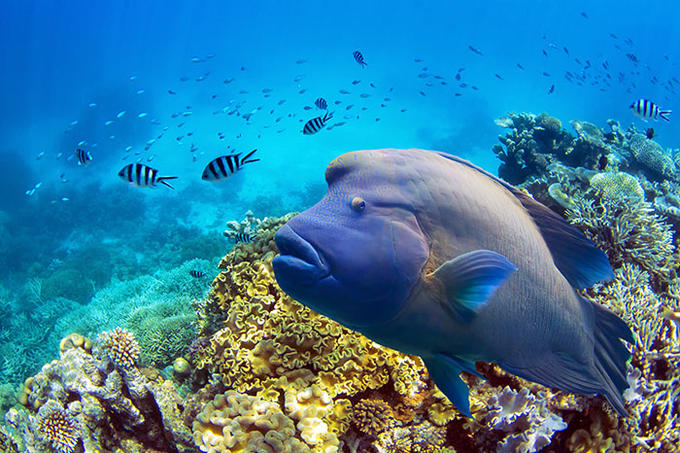 Almost instantly, I felt claustrophobic – a sensation I’ve never experienced before. Turns out that being surrounded by an ocean-load of tropical fish ­– fantastic as that sounds and as beautiful as they were –was actually quite frightening for me (some of them are much bigger than you think).

Plus, on the boat ride over they’d made it very clear that there are sharks and jellyfish out here, which made me extremely nervous about what might be lurking in all those nooks and crannies. Nothing scary came to light – but I was constantly looking over my shoulder, and found it impossible to relax and just ‘enjoy’ the experience. 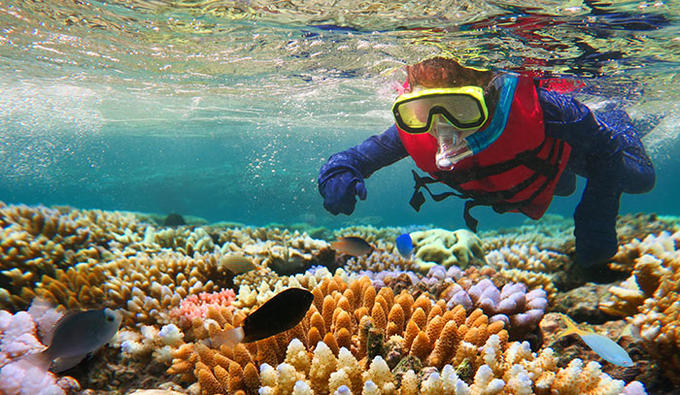 Another obstacle was the current – which really wasn’t working in my favour. The harder I kicked towards those bright, turquoise strips of promise in the distance (which staff had informed me is where all the cool, colourful stuff lives), the further away I became. I might as well have been swimming in reverse, tiring myself out to no avail.

Now all that aside, I did actually manage to see some cool stuff down there. I got a good look at some coral. I saw plenty of yellow-tailed fusiliers, plus some zebra-striped fish and rainbow-coloured ones (although sadly, I didn’t find Nemo). Best of all, a giant sea turtle swam right by me, which was an incredible sight to behold. However, overall, I came away feeling disappointed as I’d really hoped to see so much more. Undeterred by my disappointment, I decided to give things a go from the air. Now this is probably a good point at which to tell you that I’m terrified of helicopters and had sworn I’d never set foot in one. But I was determined to have one more crack at seeing the Great Barrier Reef – and I’m so glad I did.

The actual helicopter itself was very small and didn’t seem particularly robust – it looked more like a remote-controlled toy than a commercial aircraft! But I had faith in our pilot, Sascha, who immediately made us feel we were in safe hands. Take-off was tense (mainly due to my ‘heliphobia’ kicking in as soon as the rotor blades started whirring) – but once we were airborne, I had the time of my life.

The views of the reef from the air were simply spectacular – by far the most stunning sight I’ve ever seen, knocking the Northern Lights off my top spot for good (sorry, Aurora). You can only get a true sense of the sheer scale of this magnificent ecosystem from above – don’t forget, this Eighth Wonder of the World is visible from space and in the helicopter, you can see why.

The vibrant cyan hues of the water and the undulating coral formations were simply breathtaking – I even managed to spot a manta ray from all the way up there, which was amazing! And from the front passenger seat, the helicopter’s floor-to-ceiling windscreen enabled mind-blowing, uninterrupted views. 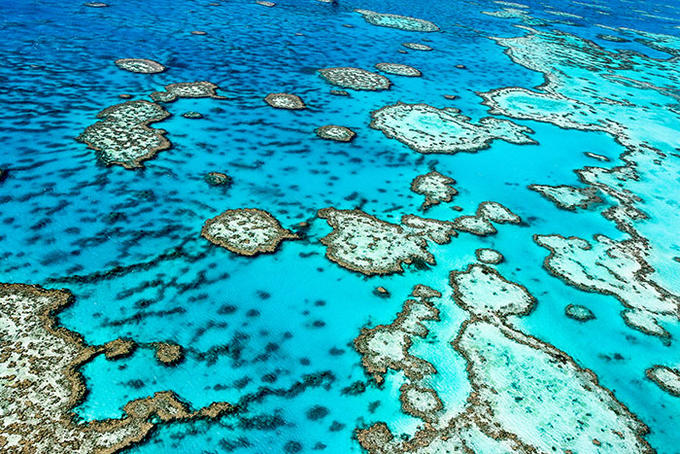 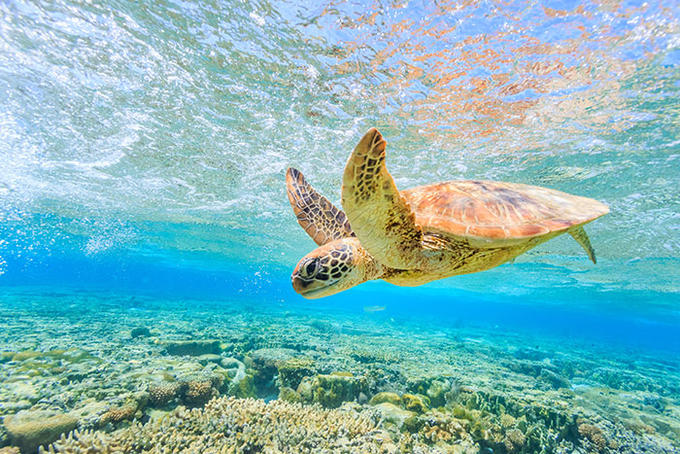 It should really be a tie – both options have their advantages and disadvantages, and I’m sure my snorkelling experience would have been far more favourable on a calmer day. For me personally, the helicopter ride delivered the real ‘wow’ factor I’d been hoping for. But ultimately, seeing it from above and below the waves is the only way to fully appreciate the breadth, depth and beauty of the Great Barrier Reef.

Chat to one of our Travel Experts about adding a Great Barrier Reef helicopter or snorkelling tour to your tailor-made Queensland holiday.

Former kids’ TV presenter, current sub-editor and ever-ready holidayer, I love discovering new ‘favourite destinations’ and ticking things off the travel bucket list. Having recently returned from Oz and Bali, I can now be found evangelising about Hamilton Island and hailing the Great Barrier Reef as the most beautiful sight I’ve ever seen (sorry, Northern Lights – your crown’s been snatched). Follow my wanderings on thetellergram.com.

Australia
Discovering the Highlights of Hamilton Island, Queensland
By the miracle of modern technology, midway through my flight along the coast of Queensland, Australia to Brisbane, I watched the latest episode of a famous sci-fi... Read More »
Australia
5 Ways to See the Great Barrier Reef
The Great Barrier Reef is the stuff of marine lover dreams. Embark on a Quicksilver Outer Reef Cruise and you'll get an experience that goes way beyond your fantasies.... Read More »
Call:
0208 127 4273 0333 333 2211
Talk to a Travel Expert
Instant call back »We'll call you back for free
X