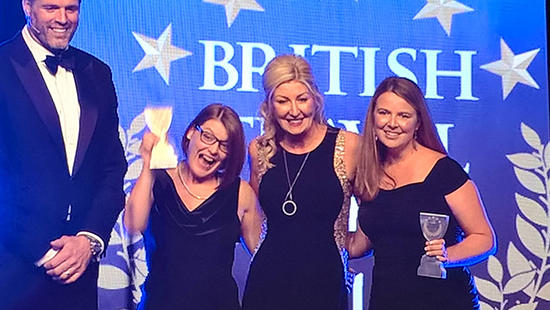 Flight Centre UK's Retail Managing Director, Alison Zacher (pictured above, right), was overjoyed when she learnt of the announcement at the prestigious ceremony. She said: “This is an outstanding achievement for Flight Centre, and we are absolutely delighted. It is a great honour to have been recognised at such a high level by fellow British travellers and the wider travel industry.

"Our success is due to the hard work and dedication of our teams, who have enabled us to become one of the UK’s fastest growing and successful travel companies.”

As the largest consumer voted awards programme in the UK, the British Travel Awards is considered the benchmark for excellence within the travel industry. This achievement showcases Flight Centre UK's commitment to securing great-value holidays, as well as acknowledging the excellent service provided by our knowledgeable and friendly Travel Experts. 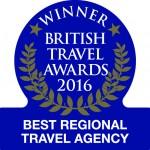 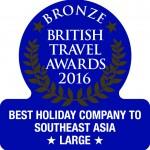 Book an appointment with one of our Travel Experts to find out what makes our service so award winning! We'd love to meet you face-to-face and plan your perfect tailor-made holiday.

Top 10 Reasons to Book with Flight Centre
Whether you're thinking of booking a tailor-made holiday to Australia to mark that special occasion, a short break to Europe with your family, or a couples' beach Escape... Read More »
Flight Centre Named One of the Best Places to Work in the UK
We're delighted to announce that for the sixth consecutive year, Flight Centre UK Ltd has been named one of the UK’s leading workplaces in the coveted Great Place to... Read More »
Call:
0208 127 4273 0333 333 2211
Talk to a Travel Expert
Instant call back »We'll call you back for free
X