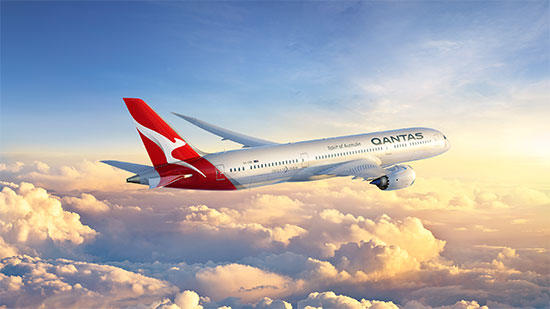 At Flight Centre, we're so excited about the launch of the world's first direct flight to Australia, flying with Qantas, that we're celebrating with non-stop holidays to Perth from £1,679pp.

With  return fares on the new non-stop route initially starting from £1,232 alone, the ‘Perth Long Weekend’ package includes a four-night stay in a five-star hotel and private airport transfers for only £447 extra.

The world’s shortest and fastest route from London to Perth launches on 25 March 2018 and will take just 17 hours – three hours quicker than the current shortest flight time to Australia.

Qantas will operate the game-changing Boeing 787-9 Dreamliner, which does not have to stop to re-fuel en route. The aircraft has been specifically designed for comfort on long-haul sectors like this single-hop Kangaroo Route and passengers will enjoy the latest Qantas cabin configurations with 42 Business Class seats, 28 Premium Economy and 166 Economy.

The daily flights will be part of a new London to Melbourne return service via Perth, departing London Heathrow at 13.30 and Perth at 18.50.

Once in Australia, DIY travellers can also create their own customised Australian experience with a Qantas Walkabout Pass. With more than 30 destinations to choose from, the vast Qantas domestic network allows travellers to discover more of Australia’s stunning beauty and unique experiences.

Australia
Brits Abroad: Tips for Visiting Australia from the UK
It may have been a far-flung destination you used to only dream of, but today Australia is more accessible than ever. According to our data, where people used to spend... Read More »
Australia
Flight Centre is the World's No 1 Travel Agency for Australia Holidays
Bonzer news! Flight Centre is the number one travel agency to Australia! Globally we sell more than 1.3 MILLION tickets to Oz every year, with tens of thousands of those... Read More »
Call:
0208 127 4273 0333 333 2211
Talk to a Travel Expert
Instant call back »We'll call you back for free
X