Flight Centre Travel Blog/Exploring the Islands of the Bay of Naples, Italy

Exploring the Islands of the Bay of Naples, Italy

Slung like multi-coloured pebbles floating in an azure bath, the islands that sprinkle the Bay of Naples are not to be missed. With pastel-hued buildings, lush volcanic lands, glittering grottoes and golden beaches, they're all distinctly diverse, meaning island-hopping is the perfect way to absorb all their charms... 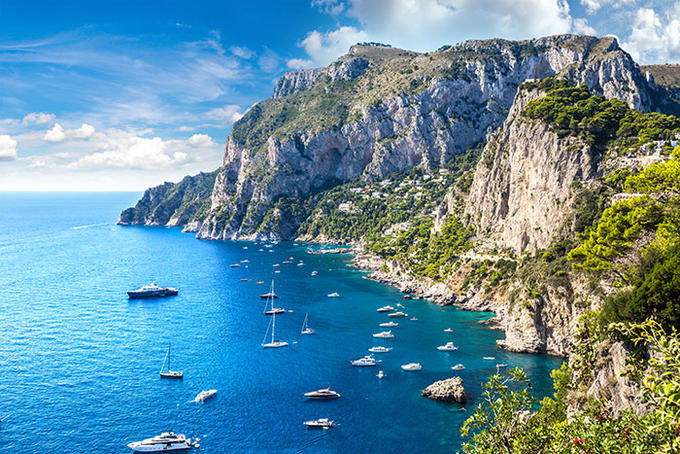 By far the most sought-after island in the Bay of Naples, with day-trippers from Naples and Sorrento making a beeline for this gem of an isle. But despite the crowds it lives up to the plaudits – and more – and is still well worth visiting, even in the height of summer. Craggy cliffs rise spectacularly out of toothpaste-blue waters (not a bad first impression, I must admit) and these impossibly azure ripples form two of its star attractions, Blue and Green Grottoes – two sea caves that brightly illuminate the rocky walls in spectacular fashion.

The Romans once called Capri home and their legacy still remains, with the crumbling Villa San Michele now a museum housing an eclectic mix of ancient art. Villa Jovis is the most impressive of the 12 villas built by Emperor Tiberius, who spent the last 10 years of his life here ruling the Roman Empire, while other elegant architecture is adorned with lemon trees and wisteria. This includes the 20th-century Villa Lysis, a favourite with scores of poets who are often in awe of its beauty and eye-popping views of the glittering Meditteranean. The labyrinthine lanes that dominate its two main towns – Capri and Anacapri – serve up a deluxe mix of restaurants, boutique shops and top-end retailers and I recommend sticking around the latter for a swift way up the island's highest peak: Mount Solaro. Glide up its slopes on a chairlift and soak up an epic island-wide panorama, spying the Faraglioni Rocks (a trio of stone stacks), Naples and even Mount Vesuvius. It's a view not to be missed. 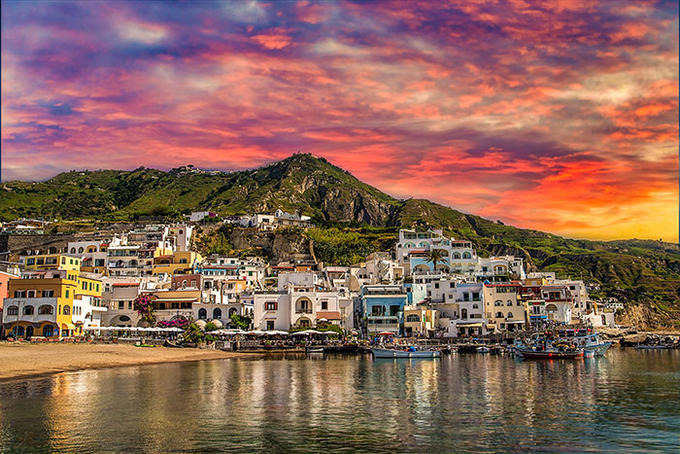 While Capri has forged a reputation built on its beauty, there are some who say the volcanic Ischia tops it. While Capri can be choked by summer visitors, Ischia is far more relaxed. The crowds are sparser and a sprinkling of elegantly manicured gardens and thermal spas all point to a slower way of life.

On first glance, its forested central volcano wouldn't look out of place in Central American waters. It's a simple hike to its summit from the village of Fontana and, like Capri's Mount Solaro, you'll be treated to an epic vista of its lush slopes and beachside villages dotting the coastline. On your descent, pitstop at the wine-making villages that populate its slopes for a refreshing tipple and then head for its cutesy north-west towns, packed with fine beaches and natural thermal springs – often mixed together. The car-free charm of Sant'Angelo combines sleepy strips of sand with a quiet harbour overlooked by majestic bushy rock. The nearby Le Fumarole beach is reputedly one of the island's best, the steamy volcanic spurts that erupt from the sands both a spectacular sight and a handy way for locals to cook their dinner.

Botanical gardens are in rich abundance on the island, with Forio home to two of the best in La Mortella and Giardini Ravino, while several museums tell of the isle's rich history. Perhaps the island's most striking monument, however, is the rock-perched medieval Castello Aragonese. Linked to the town of Ischia Porto via a causeway, it once guarded the island from pirate attacks. Now, its buildings hold exhibits showcasing the island's chequered history, some displaying medieval torture methods, and a refreshing drink – and view – awaits you at its summit bar. 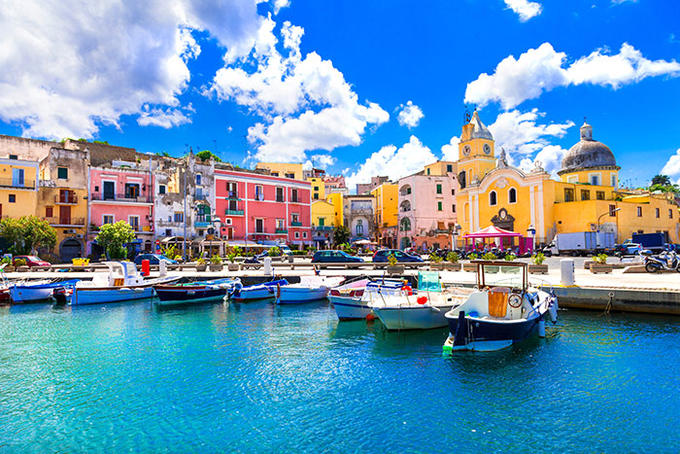 The smallest island in the Bay of Naples but also the region's best-kept secret. A tangle of candy-coloured buildings built into the rock cluster its two main ports, Marina Grande and Marina Corricella, resembling improperly stacked Lego bricks thanks to their charming jumbled appearance. The narrow stairways and alleys are a joy to wander, or people-watch at seafront to see fisherman busying themselves with the day's catch. Marina Grande is dominated by the lemon-washed Santa Maria della Pietá church, filled with vivid marble but also providing a unique perspective on the tumble of pastelled buildings below. Marina Corricella is similarly overlooked by the medieval fort village of Terra Murata, built on the highest point on the island and its oldest quarter. Its buildings hold a fascinating past, with the Palazzo d'Avalos once the royal palace, before becoming the prison. The Abbey of San Michele houses a fine art collection and two long-range cannons that serve as a lingering reminder of its defensive past, but wandering its crumbling ruins is a beguiling stroll in itself. The island's east side is swathed in vineyards and gardens, for a more rural feel. 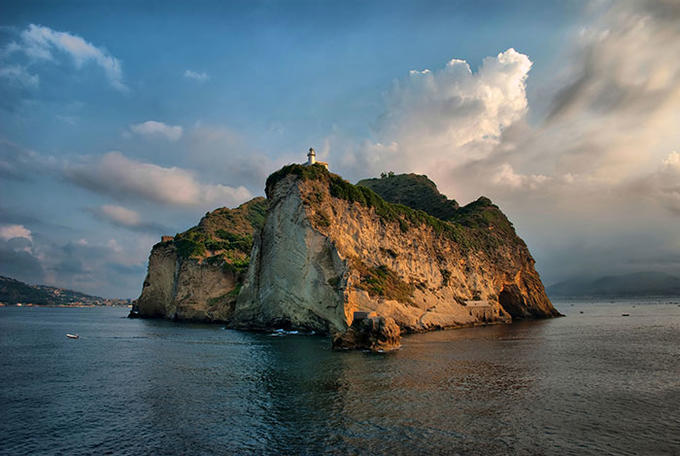 Technically a satellite islet of Procida, Vivara is the remnants of a volcanic crater that has blossomed into a lush wildlife haven. Linked via a pedestrian bridge, carefully controlled daily visits allow access to this nature reserve and, despite its tiny size (0.14 sq miles), a complex network of paths vein this little oasis, offering prime opportunities to spot over 200 species of birds, wild rabbits and a rich array of plants. Remains of a Bronze Age Mycenaean settlement have even been found on this crescent-shaped landmass, a place left beautifully pristine and wild for those intrepid enough to visit.

Check out our range of tailor-made holidays to Europe here, and chat to a Flight Centre Travel Expert to find out more.

Europe
How to Honeymoon in Sorrento, Italy
It was easy to fall in love with the idea of honeymooning in southern Italy. We chose Sorrento as not only did it work out cost effective, but it was also an ideal... Read More »
Europe
How to Spend 72 Hours in Rome
We absolutely love Rome: the architecture, the history, the culture – and did we mention the food? Some of the best cuisine you'll ever taste can be found in... Read More »
Call:
0208 127 4273 0333 333 2211
Talk to a Travel Expert
Instant call back »We'll call you back for free
X