Midway through my plate of delicious lobster ravioli, it starts: “Do you mind if I take a quick picture?” There’s a queue of tourists – writes Clare Thorp – cameras in hand, eager to snap me eating my lunch. I wonder if they’ve mistaken me for someone – then realise it’s not me they want, but the sign above my head. I’m at the Union Oyster House in Boston, America’s oldest restaurant in continuous service, and I’ve got the most sought-after table – the Kennedy booth, where JFK enjoyed lunch every Sunday as a local congressman. That’s the thing about New England – there’s history everywhere. 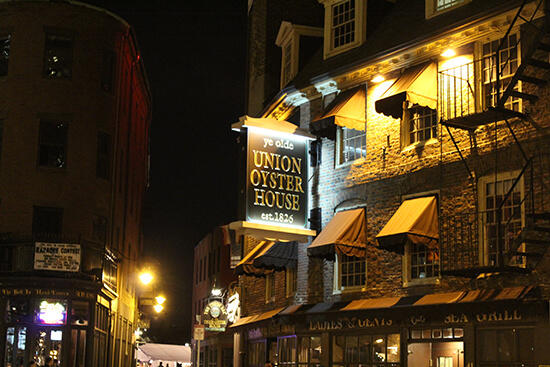 It feels right to start my trip down America’s east coast in a place that’s seen so many beginnings – from the arrival of the British in 1630 to the early stirrings of the American Revolution and first reading of the Declaration of Independence. I land some 400 years after the first settlers, and things look a little different now, with glossy skyscrapers hustling for space between historic buildings. 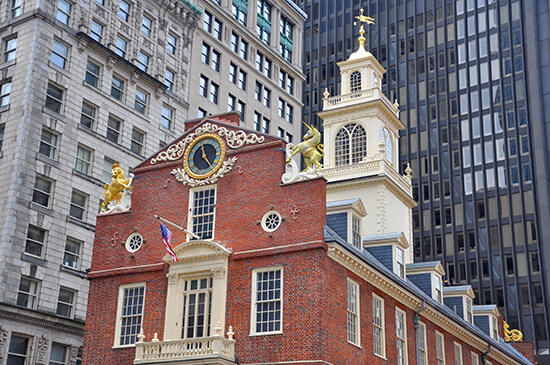 For a quick refresher in US history I follow the Freedom Trail, a two-and-a-half-mile red-brick route that takes in 16 landmarks. Later, I explore the Seaport District, which, with an array of new restaurants and bars opening, is shaping the city’s future. As I stroll the streets, I notice it seems quiet – then remember there’s a Red Sox game on. If there’s one thing Boston is more proud of than its history, it’s its baseball team. The four-hour train ride from Boston to NYC offers glimpses of the ocean and a moment of calm before the bedlam of New York. Walking out of Penn Station in rush hour is an assault on the senses – from the traffic horns vying for attention to the aroma of candied nuts and pretzels. It’s an exhilarating city to walk around, especially when a wrong turn rewards me with a sudden view of the Art Deco masterpiece that is the Chrysler Building. I found the 360-degree views from the Top of The Rock observation deck at the Rockefeller Center even more breathtaking, especially at sunset. 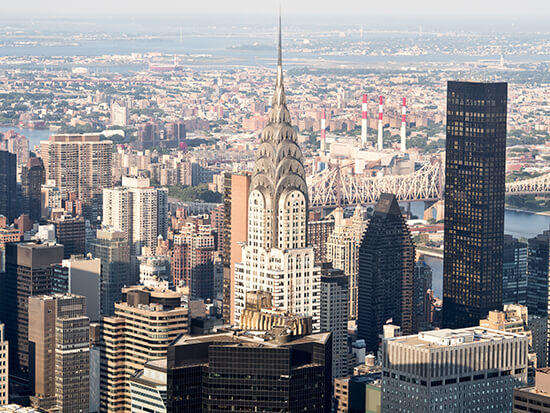 Manhattan’s sense of possibility is seductive – and it’s what’s drawn people to this city for centuries. The Tenement Museum, housed in a Lower East Side building once home to 7,000 immigrants, tells the moving stories of some of those who arrived in Manhattan in the 19th and 20th centuries. In a city packed with great museums, it’s a hidden gem.

In Washington DC there’s an undeniable thrill about seeing The White House. Like all Washington’s monuments, it’s beautifully lit after dark, and a night-time tour of the city’s greatest hits – from the Lincoln Memorial and its reflecting pool to the white obelisk of the Washington Monument – soon has me under DC’s spell. Getting hungry, I weave through political power players in Capitol Hill before squeezing onto a communal table in the indoor Eastern Market. My crab cake comes on a paper plate, but is the best I’ve ever eaten. DC is fast getting a reputation for its cuisine, recently becoming the fourth US city to get its own Michelin Guide. At Espita Mezcaleria, a Mexican restaurant in the Shaw district, I gorge on fundido – molten cheese topped with chorizo – and wash it down with Mezcal cocktails. As I walk out I hear helicopters swarm over my head – and tell myself it’s the President of the United States, heading home for the night, just like me.

Ready to explore New England and beyond? Make an appointment with one of our Travel Experts and they'll create a tailor-made USA holiday just for you.

Washington DC Cool: Trading Monuments for Travel Moments
The USA features on most travel bucket lists; the dazzling lights of Vegas, coastal drives in California, shopping in New York City – the lot. But there’s one city... Read More »
New York
The Best Ways to See New York City
I’m not ashamed to admit that I heart New York – I’ve even got one of those tacky mugs and innumerable NYC-themed shot glasses to prove it. This is surprising,... Read More »
Call:
0208 127 4273 0333 333 2211
Talk to a Travel Expert
Instant call back »We'll call you back for free
X