Flight Centre Travel Blog/Dos and Don'ts When Travelling in Dubai

Dos and Don'ts When Travelling in Dubai

If you’re heading to Dubai for the very first time or visiting on a stopover there is much to be considered before your trip. With such a variety of sights and activities to choose from, it's worth planning a few things before you go. It's also good to be culturally aware before visiting any new destination: Dubai is one of the most modern cities in the world, but the people of Dubai follow some cultural ideals and rules that are very different from most European or North American cities. Don't be put off by this, though! By being aware of what is considered inappropriate or unacceptable, you'll be suitably prepared to enjoy your first visit to this fascinating destination. Our guide to the city's dos and don’ts will help you make the most of your trip when travelling in Dubai. 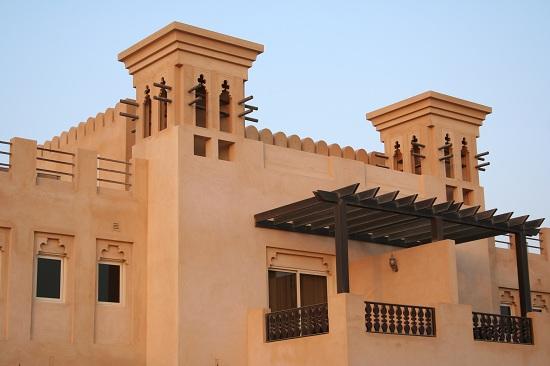 Explore Old Dubai: While it's easy to indulge yourself in the fast-paced, modernised way of living in Dubai, it is the city’s heritage that will provide you with a traditional flavour during your trip. Take a wander around the Bastakiya District which is considered to be one of the last remaining pockets of Old Dubai, with traditional buildings and a unique atmosphere.

After this you can duck into one of the city’s traditional souks and try to find yourself a bargain or two while absorbing the smells of fresh spices and the sounds of locals haggling.

If you want a little bit more of an insight into Dubai’s history then heading to the Dubai Museum is a must for your itinerary. The museum provides visitors with a social history of the Emirate as well as displaying Dubai’s transition from a poor pearling village to the modern metropolis it is today.

Dress respectfully: Women should dress sensibly and avoid wearing revealing clothing; this is especially relevant when visiting busy areas. While wearing swimwear is acceptable on the majority of Dubai’s beaches, wearing revealing swimwear on beaches or any swimwear on the streets is seen as inappropriate. However high the temperature may reach, it is strictly frowned upon for men to wander the streets topless.

It is important to consider that indecent attire is more than disrespectful to the local culture; it is also illegal.

Remember to look up: The real crown jewel of Dubai has to be the Burj Khalifa Building. At 828 metres and 160 floors, the Burj Khalifa is the world’s tallest structure. And by a long way too, with second place sitting a whopping 300 metres lower than the peak of Dubai’s conquest. 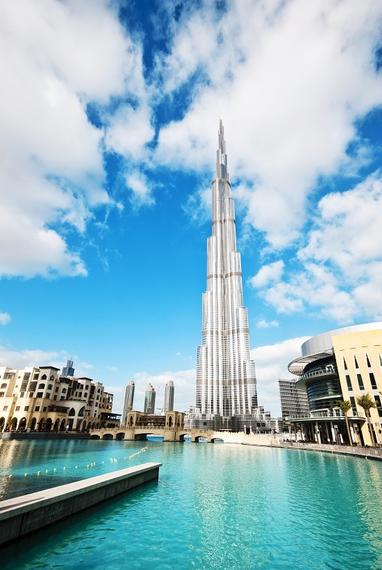 You can head up to the observation deck which stands as the highest open deck in the world and will provide you with phenomenal views of the city.

Keep calm & carry on: Aggressive behaviour, whether verbal or physical is definitely unacceptable in Dubai. Some British offenders have in fact received six-month jail sentences for such aggressive acts, whilst others have found themselves deported from the country. It is all about keeping face and trying to maintain a calm persona whatever the situation. So no ranting, raving, arguing, or profanity – in fact you should probably just stick to this rule of thumb wherever you are in the world!

No public displays of affection: If you are travelling to Dubai with a girlfriend or boyfriend, it is important to know that outside of marriage a number of things are deemed illegal. Sharing a hotel room together outside of marriage could land you in a police cell, whilst holding hands, hugging, or kissing in public places is considered an offence against public decency. It is advisable to simply keep your hands to yourself during your stay.

Do not sunbathe topless: While this may be acceptable on beaches across Europe and in other countries of different cultures, in Dubai it is strictly forbidden. It is acceptable to wear swimsuits, just as long as they aren't too provocative.

Remember that you’re immersed in a completely different culture, and that following these guidelines is not only respecful, but expected too.

Don’t take photos without permission: Dubai has some fantastic architecture and traditional sights to photograph, and it is advisable for any visitor heading out East to have their camera battery fully charged for all the photos they'll undoubtedly take. Some of the more interesting images you can capture on camera are those involving locals engaging in their cultural and religious beliefs. However, it is important to note that local people wearing national dress may well take exception to being photographed without permission, especially women wearing national dress.

It is best just to ask rather than to lose your camera and be hit with a heavy fine to boot.

Stay away from cheap desert tours: Lots of tourists come to Dubai and immediately book themselves on a desert tour. There are endless operators taking visitors out to the surrounding desert; however, the quality of the tours vary greatly from company to company. 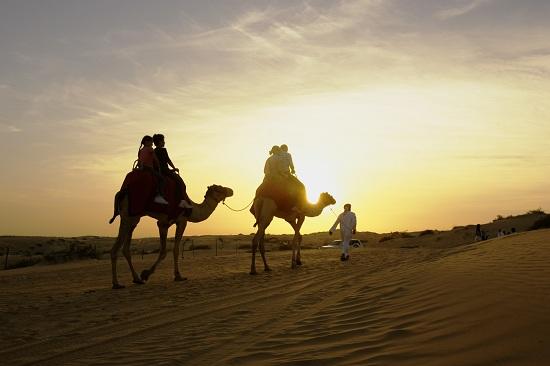 Do your research before booking onto a tour. Some tourists have reported long queues to engage in activities; others claiming that the camels used for riding seem to be poorly treated. Ask questions if you're unsure, but there's no need to book the first tour you come across. Take a look at our handy guide to choosing the right kind of desert experience in Dubai.

Have you been to Dubai? Let us know in the comments below if you have any other tips to add to our list!

Middle East
5 Amazing Things to do in Dubai
5 Amazing Things to do in Dubai Dubai can be a daunting place to spend time in, but don’t lose your head, because behind its gleaming facade of glass-fronted... Read More »
Dubai
Five Ways to Be Wowed in Dubai
There’s nothing like the wow factor of Dubai. This futuristic-looking city set between the endless desert and the sea is home to a host of experiences that will... Read More »
Call:
0208 127 4273 0333 333 2211
Talk to a Travel Expert
Instant call back »We'll call you back for free
X