Though not technically a state in the U.S., Puerto Rico dwarfs almost half of America’s other states in terms of population, and, arguably, in terms of amazing places to visit. Though perhaps a bit harder to reach than holiday powerhouses like Florida and California, and despite the tragic impact of Hurricane Maria, Puerto Rico remains an incredible place for a holiday. Read on to discover my guide to Puerto Rico. 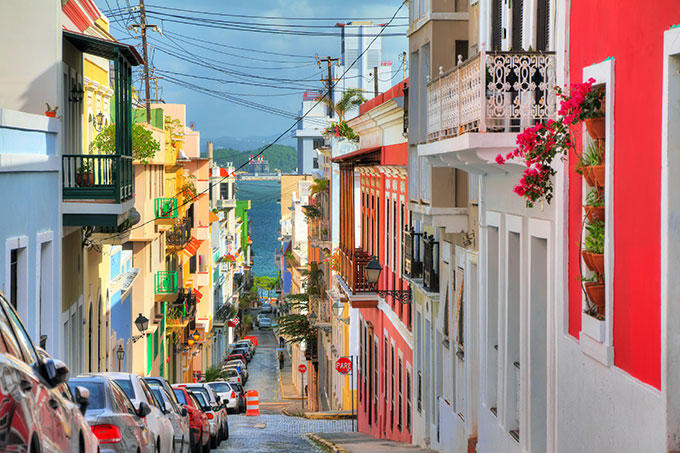 With its combination of beautiful beaches and historical architecture, Puerto Rico’s capital has a lot to occupy visitors. One of the best areas, both to stay and explore, is the strategically-located neighbourhood of Condado, a segment of barrio (neighbourhood) Santurce. Situated on the coast, Condado boasts a spectacular beach all along its north side, a favourite of locals and visitors alike. For those who have already had their fill of the ocean, Condado is an easily walkable area worth exploring. A few blocks inland lies a small square known as La Placita de Santurce. The Mercado (market) Santurce has existed in some form for nearly a century, and most days hosts a variety of merchants selling local fare. At night, especially Thursdays-Saturdays, La Placita, which is lined with bars and clubs, comes alive. The bars and clubs along with the street itself, fill with a mix of locals and tourists starting a night out, or ending one with a snack of questionable grilled chicken or pork on skewers sold by cart vendors. In addition to its own charms, Condado is conveniently located near another of the capital’s gems – Old San Juan. 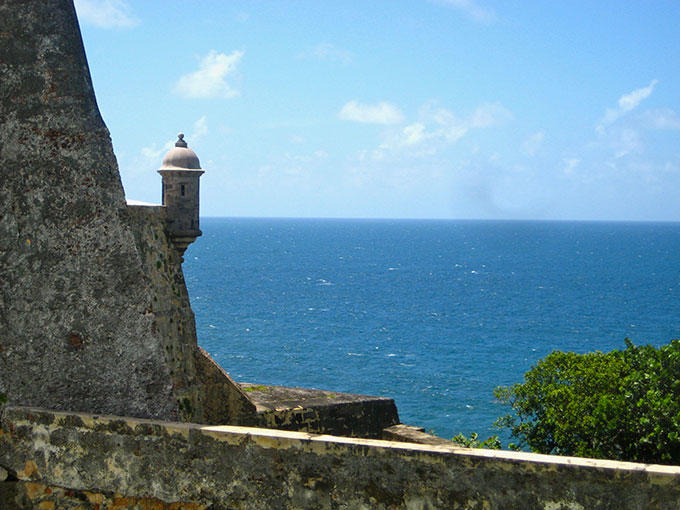 Founded in the early 1500’s by Spanish explorer Juan Ponce de Leon (whose tomb lies at a church in Old San Juan to this day), this section of the city - now a UNESCO site - has grown over the centuries to become a hotbed of history, architecture, community and cuisine. On a given day in Old San Juan, tourists can ride the free trolley to visit the centuries-old citadel of El Morro or fly kites on the vast grassy field in front of it, visit various museums and local restaurants, or just walk the streets.

Directly below the walls of Old San Juan along the coast lies a small but particularly interesting neighbourhood. Although it’s still perhaps not the best place to wander alone at night, La Perla has undergone a renaissance, transforming from an area that many considered too dangerous to enter to one increasingly visited (either on a walking tour or independently) for its murals, brightly-coloured houses and small bars. The neighbourhood is also recognisable to almost anyone who was alive during 2017 as the site of the music video that accompanied the summer hit Despacito. 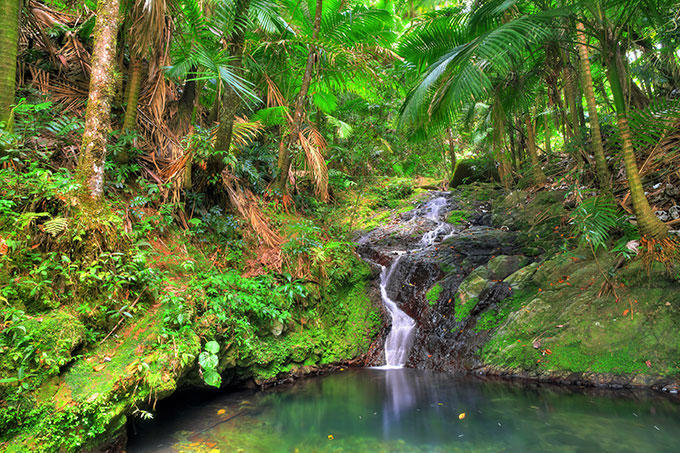 Visitors with more than a couple days in Puerto Rico have a variety of interesting places that make fairly easy day trips with a rented car from the capital. El Yunque National Forest, located about an hour’s drive east of San Juan, is the only tropical rainforest in United States Forest Service. It boasts incredible views and hikes through spectacular biodiversity. After perusing the visitor centre, travellers can walk through the forest and see a host of beautiful plant species while listening to the singing of the coquis, several species of tropical frog that live in Puerto Rico. 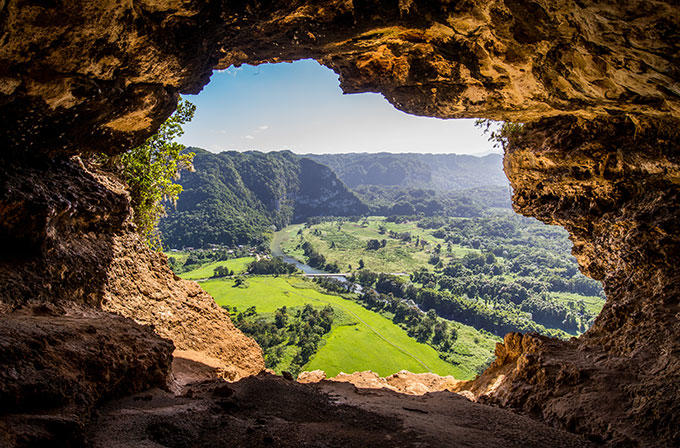 Another fantastic day trip can be had by driving from San Juan in the exact opposite direction. An hour west of the capital lies the Camuy River Cave Park, a spectacular network of limestone caverns carved by the third-largest underground river in the world. Before renting a car and heading west, however, potential visitors should check to confirm the caves are open – I have somehow managed on two separate occasions to make the drive from San Juan only to discover the caves closed. Those particularly interested in the cave experience who find Camuy closed could instead visit the nearby Cueva Ventana (Window Cave), which comes with its own set of spectacular views. 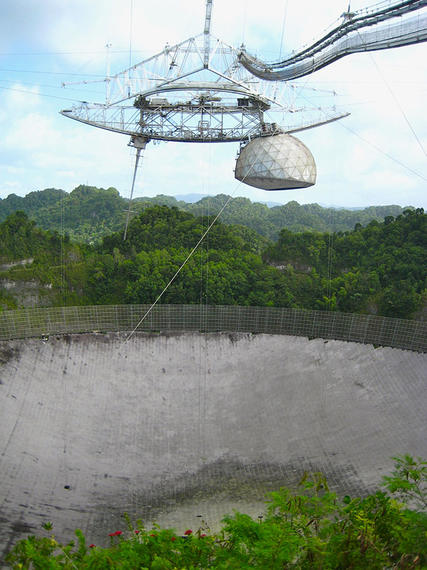 For those with several days to spare wishing to get even more of the island feel, Puerto Rico boasts two beautiful smaller islands of its own, Culebra and Vieques, off its eastern coast. Those hoping for a beautiful and more isolated beach experience should hop on a ferry over to Culebra. Though it is worth noting that it was hit particularly hard by Hurricane Maria, Vieques has several attractions beyond just the numerous horses freely roaming the island that make it an incredibly interesting place to visit. The Arecibo Observatory holds what was until recently the largest radio telescope in the world (it was one-upped by a new one built in China in 2016). The sci-fi-esque structure would be well worth a visit even if it wasn’t also the place where Sean Bean’s villain character fell to his untimely demise after being dropped by James Bond in the film GoldenEye.

In addition to the observatory, Vieques is home to what I maintain is just about the coolest thing I’ve ever seen in nature. On the south side of the island lies a bay whose chemical composition, thanks in part to falling leaves from the mangrove trees that surround it, provides the perfect home for tiny marine organisms that glow a brilliant bluish colour. Although pictures of bioluminescence can be googled, cameras cannot very accurately capture how the water sparkles, and nothing can beat the experience of seeing the bay on a moonless night. Visitors wishing to paddle through the glowing water and stare at their hands more than they ever thought possible are in luck, as several rental agencies are on hand with kayaks at the ready.