Planning a trip to Dubai? Why not factor in a quick sojourn to the Indonesian paradise of Bali too? From 3rd of June 2015, the Middle East’s biggest airline – Emirates – will fly daily from Dubai to Denpasar, with enough space for 42 Business Class passengers and 386 Economy travellers. 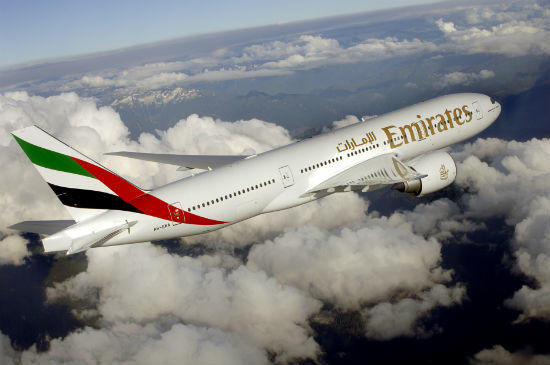 Denpasar may seem chaotic on the surface, but much like Ubud, Padangbai or Seminyak, it holds a huge chunk of traditional Balinese culture, just begging to be discovered…

Head for the Agung Jagatnatha Temple first: a grandiose house of worship with a white coral shrine at its centre. Equally as dramatic are its ornately engraved perimeter walls, embossed with the faces of myriad gods and goddesses and fringed by sprawling courtyards.

This spiritual sanctuary is thought to have been the first Jagatnatha temple on the island, and the biggest Hindu temple in the city, so you'll often spot plenty of devotees deep in prayer. It is at its fullest during two monthly festivals: one during the full moon and the other when a new moon rises. You’ll need to wear a sarong and sash to enter, but these can be rented at the entrance if required. 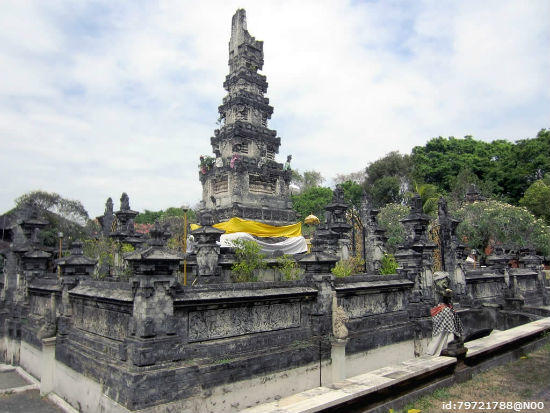 Get a flavour for Asian fare at Pasar Badung, Denpasar and Bali’s biggest food market and a heady feast for the senses. With grub from all over THE island on offer – expect fruity Durian and aromatic lamb satay aplenty – it’s easy to get lost while roaming amid the makeshift aisles. We say embrace the hustle and bustle though, you’ll come back with the best buys. Also be wary when trying to buy saffron: it’s unlikely you’re getting the real deal.

Indulging in some heritage cuisine is a must while you’re in Denpasar. Try Warung Gula Bali for traditional cooking and a friendly atmosphere – you can sample seaweed salads, vegetables marinated in peanut sauce and delicious desserts like the ever-popular Kolak (banana cooked with coconut milk and brown sugar). 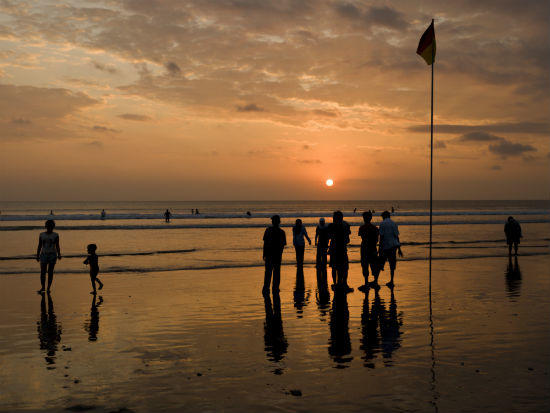 From Denpasar it’s a fairly straightforward affair to reach some of Bali’s best destinations.

Seven miles south, young travellers dominate Kuta and neighbouring Seminyak, where vibrant nightlife and endless beaches reign supreme. But despite the party atmosphere, both are great for seeking shopping bargains and finding a cheap place to stay that offers easy access to Bali’s top attractions. Three such attractions are the sacred monkey forest, Batur volcano, and Tanah Lot Temple in nearby Ubud – just 13.5 miles from Denpasar and 19 miles from Kuta.

Despite its close proximity to the party towns, Ubud could not be more serene. Think unspoilt nature, Balinese culture and eco-friendly rainforest accommodation – not forgetting its many colourful markets. 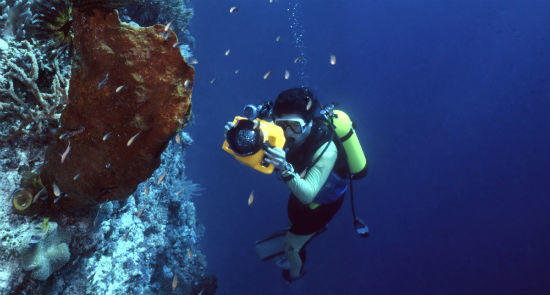 For an even slower pace, opt for Pandangbai, to the east of Bali. This quintessentially Indonesian beach town is a port hub for the ferry to Lombok and is all about beachside cafes, powdery white sands and gentle walks. It’s not all relaxation though: grab your snorkel kit and dive into the town’s Blue Lagoon or White Sand Beach regions for a close-up look at Bali’s exotic marine life – from reef sharks to rays to pygmy sea horses.

We’ve barely scratched the surface: book a trip to Bali today and discover this diverse Indonesian gem for yourself. You can also find out more about Emirates here.

Bali
The Other Side of Bali
This latest post by Featured Blogger Andrew Allen is dedicated to reader Grace who is going to Bali in July and wanted to know a little bit more about it! Andrew gets... Read More »
Dubai
Airline in the spotlight: Emirates
We know of people who will only fly to Australia on the Emirates A380. Among aviation fans flying on an A380 denotes ultimate bragging rights. With 15 A380’s in... Read More »
Call:
0208 127 4273 0333 333 2211
Talk to a Travel Expert
Instant call back »We'll call you back for free
X