The Best Mayan Ruins In Mexico

For thousands of years, the Mayans carved civilizations out of the dense jungles of Central America, building elaborate cities that could rival anywhere in the world.

But the Mayans were doomed to collapse, and when the Spanish arrived in the 15th century, many of these once great cities had already been reclaimed by the jungle. Today, Mayan ruins can still be found across Southern Mexico, and the ancient cities and temples are still as mysterious and intriguing as when the first explorers rediscovered them.

From the iconic Castillo of Chichen Itza to the mist-shrouded remains of Palenque, here are the best Mayan ruins to visit in Mexico. Chichen Itza is the most famous Mayan ruin in Mexico, and being located close to the tourist hub of Cancun, in the state of Quintana Roo, it’s one of the easiest historic sites to visit. The ancient city is dominated by the towering El Castillo temple, which was the centre of what was one of the most powerful Mayan kingdoms in Central America. Chichen Itza has hundreds more temples, ball courts and humble Mayan houses to see, but make sure you get here early to beat the crowds, as it’s one of the most visited attractions in the country. 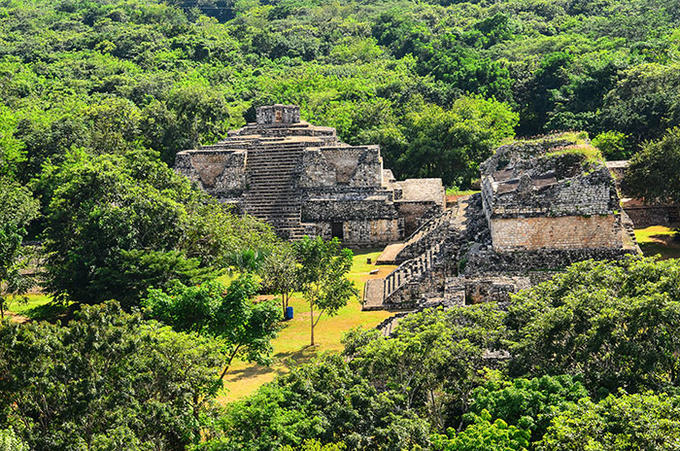 If you’re looking for a quieter Mayan ruin to visit, then head to Ek Balam, a city that has still yet to be fully excavated, and that’s just a short drive from busy Chichen Itza. Ek Balam was abandoned hundreds of years ago, and much of the city is still hidden by the jungle. You can climb the steep steps of the Acropolis, for spectacular views over the treetops. On a clear day, you can even see Chichen Itza in the distance. Once you’ve explored the ruins, you can jump into the beautiful, crystal clear waters of Ek Balam’s Cenote - a freshwater swimming hole - to cool off! Palenque was once the thriving capital of a Mayan kingdom, but it lay hidden in the jungles of the state of Chiapas for centuries until Spanish explorers rediscovered the city in the 18th century. The temples and palaces of Palenque are some of the most impressive Mayan structures in Mexico, but the dramatic setting is perhaps more impressive than the city itself. Arrive early in the morning to see Palenque shrouded in mist, and as the temples appear through the thick trees, you’ll feel just as the first explorers did when the city was first rediscovered. Not all of the Mayan cities were built in the jungle though, and south of Cancun, you can find the dramatic coastal ruins of Tulum. Unlike many other Mayan sites, Tulum was inhabited many years after the Spanish began their conquest of southern Mexico, and for that reason, it’s also one of the best preserved Mayan cities in the country. Built on high clifftops, tall defensive walls and towering temples greet you as reach Tulum. The ruins are fringed by beautiful, white sand beaches too, making this one of the best Mayan sites to explore in Mexico. In the jungle, inland from Tulum, you can find the equally impressive ruins of Coba. Like Tulum, Coba was also a busy Mayan centre when the Spanish arrived, and the temples are still remarkably well preserved. Although not as large as places like Chichen Itza, Coba is great to visit because you can still climb the crumbling steps to the top of the city’s main temple, for incredible views over the forest. Mayan civilisation didn’t simply disappear when the Spanish conquered the Americas, and if you visit Izamal, you can explore a city that has been continuously inhabited for thousands of years. Izamal, in the Yucatán, is a unique blend of colonial architecture and Mayan temples, and you’ll find that indigenous cultures and languages are still strong here. Known as the Yellow City for its bright yellow buildings, the Spanish built a church on top of the most important Mayan temple in the 16th century, but they left many more of the smaller temples intact. Izamal has grown around these crumbling temples, and it’s one of the few places in Mexico where you can find Mayan ruins hidden amongst a modern city. 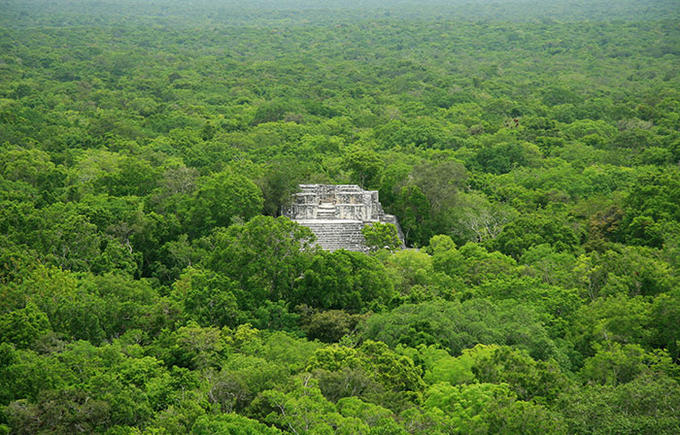 Intrepid travellers can head deep into the dense jungle of Campeche, where just a few miles from the Guatemalan border the overgrown ruins of Calakmul are waiting to be discovered. Calakmul is not easy to travel to. It’s remote, isolated and a long way from southern Mexico’s major cities, but if you’re looking for a real adventure then these are the ruins to visit. The city was for hundreds of years one of the most powerful in Central America, but it fell into decline during the Mayan collapse, and by the 10th century AD was almost entirely abandoned. The jungle reclaimed everything, and it wasn’t until as late as the 1930s that Calakmul was discovered again.

Explore these ruins and more with our tailor-made Mexico Holidays.

Mexico
Discovering Riviera Maya: From Chichen Itza to Whale Sharks
I used to be scared of the ocean. There’s something about the big blue that is utterly paralysing – whether it be the vast open space that plunges into never-ending... Read More »
Mexico
The highlights of Mexico
Mexico welcomes 20 million overseas visitors every year, making it one of the most popular holiday destinations in the world. Famed for its beautiful beaches,... Read More »
Call:
0208 127 4273 0333 333 2211
Talk to a Travel Expert
Instant call back »We'll call you back for free
X