Flight Centre Travel Blog/7 Unusual Things to Do in Toronto

7 Unusual Things to Do in Toronto

Under the space-ship-esque shadow of the CN Tower, the Canadian border city of Toronto shines bright amid a sprawling mix of residential streets, lofty skyscrapers and abundant shopping arenas. But, despite the plethora of things to see and do here, most travellers breeze through, merely using the city as a gateway to Niagara and the rest of the east. Having visited Toronto earlier this year, I can’t help but feel this is an injustice. The city is perfect for spending a couple of days, especially if you want to experience some unusual sights, sounds and events, like these: 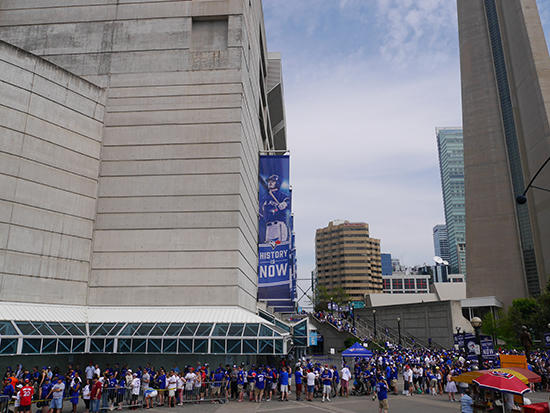 Catch a game at the Rogers Centre

In Toronto, the Blue Jays are the stuff of baseball legends. And when they play in their home grounds of the Rogers Centre, the city goes mad for it. A sea of blue flows around the famous stadium, renowned for its opening/closing dome roof, and diving in is, quite simply, a rite of passage for those who want to really get under the skin of Toronto. Visit http://toronto.bluejays.mlb.com/ for game dates and info. 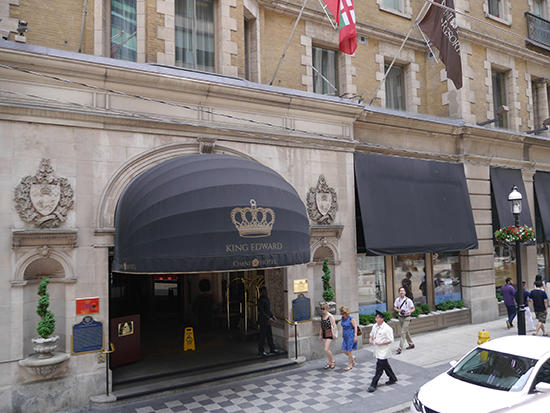 Indulge in afternoon tea at the Omni King Edward Hotel

We were fortunate enough to stay at the Omni King Edward Hotel, in Downtown Toronto, so enjoyed the delights of its afternoon tea offering from the comfort of our room. After all, who doesn’t love a bit of room service after exploring a city all day? The scones were warm and fresh, the jam suitably fruity and the clotted cream plentiful. The tea itself (of the loose leaf variety) was distinctly English in texture and taste – no surprises there, given the property’s British theme throughout. 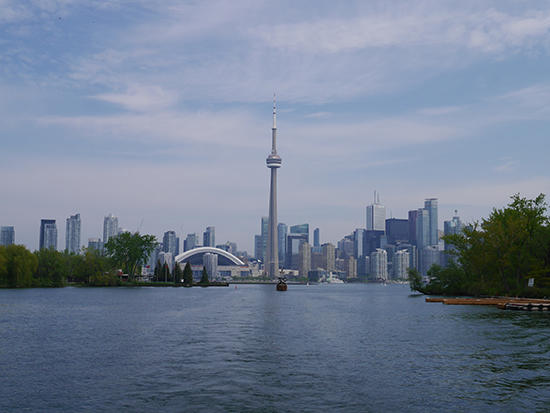 Think Toronto, and it’s not beaches that spring to mind. But if you’re looking for an escape from the hustle and bustle, this little chain of isles is it. Soak up uninterrupted views of the city skyline and Lake Ontario while winding through a labyrinth network of emerald forests and glittering waters. You can either take the ferry direct to one of the bigger islands – such as Ward’s Island or Centre Island – or, if you’ve got a CitySightseeing Hop-On Hop-Off bus ticket like I did, you can also take a gentle cruise around the isles as part of this. 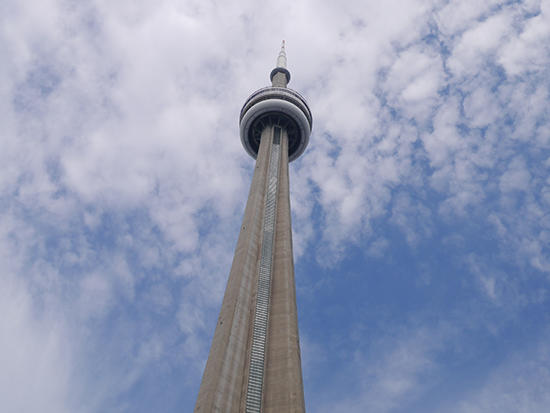 Hang off the top of the CN Tower

Every man and his wife will visit the CN Tower when travelling to Toronto – we bought the Toronto CityPASS and admission to the skyscraper was included. But it’s a rare handful who will take their sky-high experience that step further. Enter the EdgeWalk: the world’s highest full circle hands-free walk. On a 1.5-metre-wide ledge, you’ll walk around the Tower’s main pod, looking down at the city below from 356m above street level. It’s a heart-in-mouth moment, one that you’ll remember forever, and one that will be captured on camera: your CA$195 ticket includes a keepsake video. 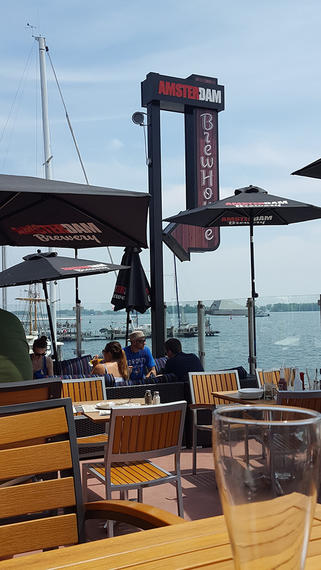 Toronto is big on food; so much so that most visitors overlook its impressive craft beer offering. But never fear, the aptly-named Amsterdam BrewHouse has embraced the beer with gusto, boasting three bars, terrace seating and a small on-site craft brewery, all in its lakefront setting. Launched in a different Toronto location in 1986, it was then the first brewpub of its kind. Over the last three decades it has continued to grow in popularity, helped by its relatively new waterfront location, brewery tours, great pub-grub and, of course, unique beers. We sampled a few, but my favourite was the Natural Blonde (which, ironically, I am not). 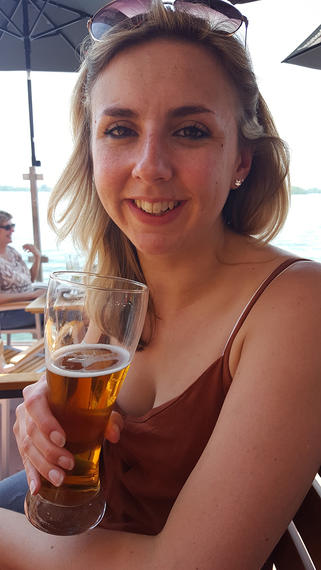 Plan your trip around the Doors Open Festival

For one May weekend every year, more than 130 significant buildings across the city – famed for their architectural, historical and cultural prowess – quite literally have their Doors Open to the public. It’s a rare opportunity to glimpse behind the scenes of structures you wouldn’t normally be able to, like the Canadian Music Centre or the Hare Krishna Temple. What's more, you'll take home a memory that anyone who visits on one of the other 363 days of the year won’t have. 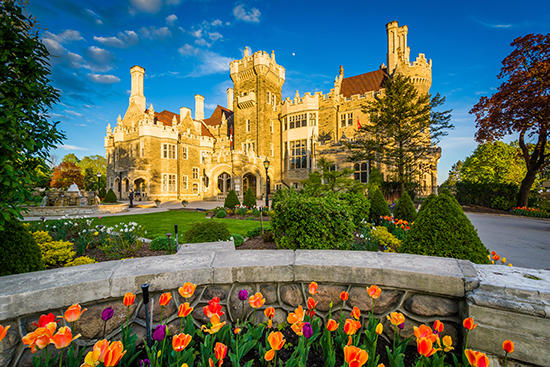 Despite being one of Toronto’s greatest historical spots, the Transylvannia-style Casa Loma is located 2.5 miles outside of town and thus often overlooked by visitors. But we found a workaround: our Hop-On Hop-Off bus tickets. Head for stop #7 and you’ll be dropped right in front of a set of steps leading to the castle. Once inside, make a beeline for the gardens, which are beautifully manicured, spanning five vibrant acres. The real highlight though, is the 800-foot underground tunnel: suitably creepy and fascinating at the same time. Well, Casa Loma is believed to be haunted after all.

Alex spent two days in Toronto as part of our bespoke East Coast Wonders itinerary. To plan your tailor-made Toronto holiday, speak to one of our Travel Experts in-store or over the phone.

Toronto
The Toronto City Guide
Cultured, cosmopolitan and cool, the ‘New York City of Canada’ is currently topping the list of must-see city break... Read More »
Canada
Toronto, Vancouver, Montreal... What is the Best City to Visit in Canada?
Being British, I think I often find that Canada is frequently overshadowed and brushed aside by the media dominance of the United States. This can sometimes lead to a... Read More »
Call:
0208 127 4273 0333 333 2211
Talk to a Travel Expert
Instant call back »We'll call you back for free
X