While Cancun might have the beaches and the resorts, it’s in the nearby city of Merida that you can find the best of southern Mexico’s cuisine, culture and history.

Merida is the largest city in the Yucatan, but for years it’s a city that’s been overlooked by travellers in favour of the sun and sand of the Riviera Maya. Times are changing though, and Merida is finally being recognised by tourists for what it is, and that's the cultural capital of the Yucatan Peninsula.

Merida is where the Mayan world meets the colonial, and you’ll find authentic Mayan food across the city, and even ancient Mayan ball games being played in the square. There are ramshackle, yet colourful Spanish-style streets to wander, museums waiting on every corner, and vibrant local markets to lose yourself in.

Here are the 7 best reasons to visit Merida: 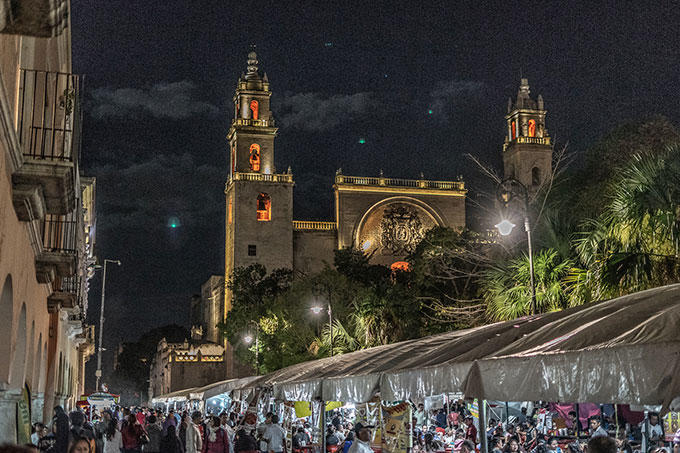 While ruined and abandoned Mayan sites such as Chichen Itza might have you believe that the Mayan civilization faded from existence a long time ago, a visit to Merida will soon have you understanding otherwise.

Unusually for Mexican cities, the majority of Merida’s population is of Mayan descent, and on the streets and in the markets, mixed amongst the Spanish you’ll hear different dialects and local languages that have been spoken here for thousands of years.

Merida is proud of its Mayan culture and heritage, and in the central plaza, you can catch fiery demonstrations of the old Mayan Ball Game, known as Pok-ta-Pok. 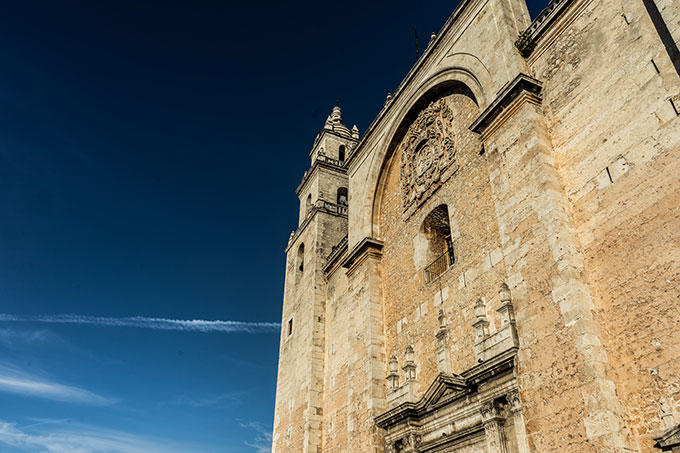 In fact, Merida is so proud of its Mayan heritage that the city built the extravagant El Gran Museo del Mundo Maya, the largest museum in Mexico dedicated to the Mayan world.

This is the Grand Museum of the Mayan World, and it’s the best place in the country to delve deeper into Mayan history. Housed in a new, purpose-built exhibition hall outside the city centre, the modern edifice of the museum hides the wealth of history found within

You can learn about the Yucatan Peninsula in the prehistoric age, through to the Mayan rise and collapse, the arrival of the Spanish, and Mayan society today. 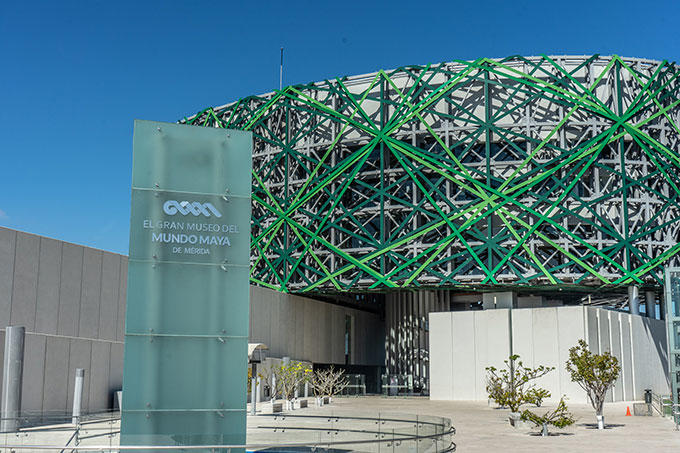 Of course, as fascinating as the archaeological exhibits are in the Grand Museum of the Mayan World, nothing beats getting out and seeing that Mayan history firsthand. Before the Spanish Conquistadors founded modern Merida in 1542, there was a Mayan city here for hundreds, if not thousands of years.

The Spanish built their new city on the ashes of the Mayan, and little remains in Merida of the pre-Hispanic architecture that once stood here. Nearby though, other Mayan cities escaped the destruction. At Uxmal, you can find the excavated remnants of enormous temples, in a ruined city that was once the pride of the Mayan world. In Izamal, you can find abandoned Mayan temples that rise high above the colonial houses right in the heart of the town itself. 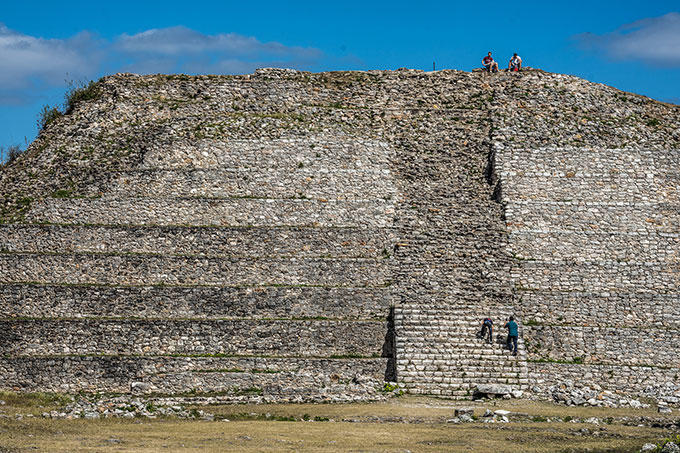 The city the Spanish Conquistadors built became one of the most glorious in the New World, and one of the biggest charms in Merida is the abundance of ramshackle streets and colonial architecture.

In Merida’s main square, the Zocalo, you can find the two towers of the Spanish cathedral rising high above the city, a cathedral which dates back to 1598. You can spend days wandering through the streets, admiring the colourful and rustic buildings, while many hotels and hostels are found in converted, heritage-listed homes.

Sundays in the Square

In colonial-era cities, the Zocalo is the centre of life, and in Merida, the square is always a busy and crowded place to be. Throughout the week you’ll find cultural events taking place in the main square, and in the evenings there are concerts, light shows and plenty of food stands.

It’s on Sundays though, that the Zocalo truly comes alive, as the square becomes home to the biggest food market in Merida. The streets are closed off, and you can sit back and order serving after serving of Tacos and Tortas, while enjoying icy cold Coronas in the sunshine. 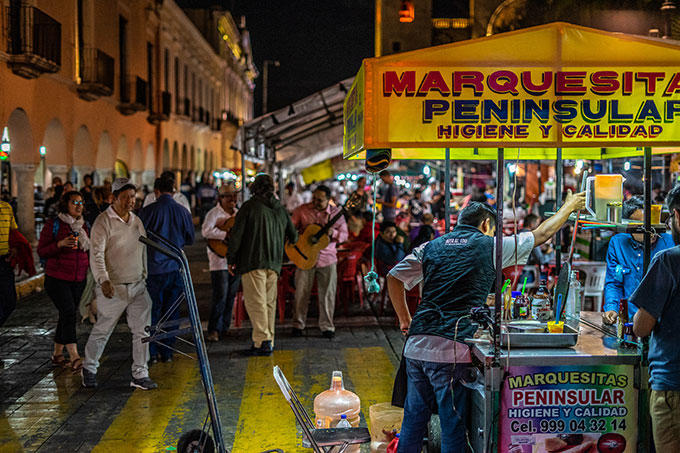 It doesn’t have to be a Sunday to enjoy incredible food in Merida, because the city is overflowing with restaurants and eateries. While you can find all the classic ‘Mexican’ dishes across the city, what makes Merida's food scene so great is the focus on local cuisine and traditional Mayan dishes.

Sopa de Lima, or Lime Soup, is a signature dish of Merida, while if you’re looking to try authentic Yucatan cuisine, then delve into the delicious, slow-roasted pork delights of Cochinita Pibil 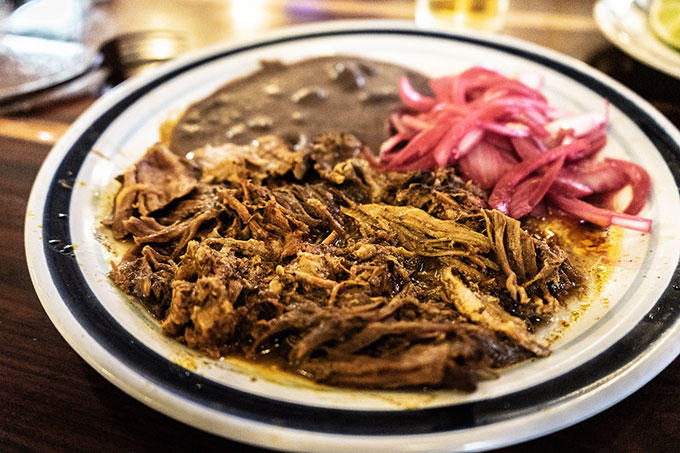 While the Sunday food market in the Zocalo is the most famous - and also, most touristy - of Merida’s markets, across the city you can find plenty more markets to explore all through the week.

In fact, you can’t walk far without finding small markets and street food stalls set up in the small squares hidden across the city, and these cheap, local setups offer some of the best food in Merida. The larger markets are the cultural traveller’s delight too, and if you can, try to visit the Mercado San Benito, a sprawling undercover marketplace where you can find everything from food to a new pair of shoes. 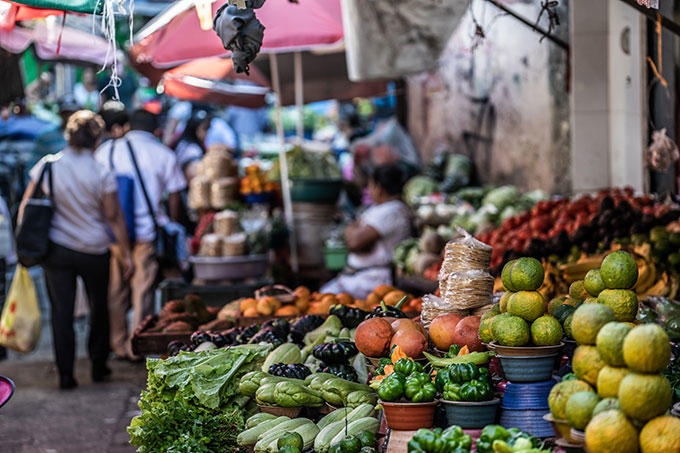 Mexico
8 Reasons to Visit Chiapas, Mexico
Chiapas is the final frontier in Mexico. It’s the country’s southernmost state, where dense jungles form the border with Guatemala - a place far removed from the... Read More »
Mexico
The Best Mayan Ruins In Mexico
For thousands of years, the Mayans carved civilizations out of the dense jungles of Central America, building elaborate cities that could rival anywhere in the... Read More »
Riviera Maya
A Food Lover’s Guide to Mexico
I love Mexican food. It is easily up there with my favourite cuisine in the world, so naturally I was very excited about my inaugural trip earlier this year to the land... Read More »
Call:
0208 127 4273 0333 333 2211
Talk to a Travel Expert
Instant call back »We'll call you back for free
X