5 Things You Need To Know About Safari Holidays

“Your honeymoon looked amazing” is something I’ve heard numerous times since returning from a week on safari in Kenya. And I can’t disagree. As my first safari holiday, I’ve returned with a newfound love for Africa; its wildlife, its people and its admirable commitment to conservation. So much more than a resort beach trip or a city break - though I love those too - safari holidays are truly inspiring once-in-a-lifetime trips that perfectly combine adventure, luxury and relaxation. What’s not to love?

Before you set off, have a read of my top tips so you’re prepped and ready to go. Food and Most Activities are Included in the Price

There’s no denying safari holidays come with an expensive price tag, but it’s important to understand that the price includes everything (and supports local communities too). Safari lodges tend to be in the middle of nowhere and surrounded by wildlife, so there’s no McDonalds to be found down the road. Instead, all food and most beverages (premium drinks are often available at an extra charge), are included in the price. This typically includes breakfast, lunch, a pre-game afternoon tea, sundowner drinks and snacks and dinner. Transfers and activities are also part of the package, such as morning and afternoon game drives, but you can also opt for horse riding safaris, walking safaris and even camel safaris. Some activities, such as visiting a local village, may come at an extra charge (for example USD$20 each), with the added benefit being the money goes directly to the locals. 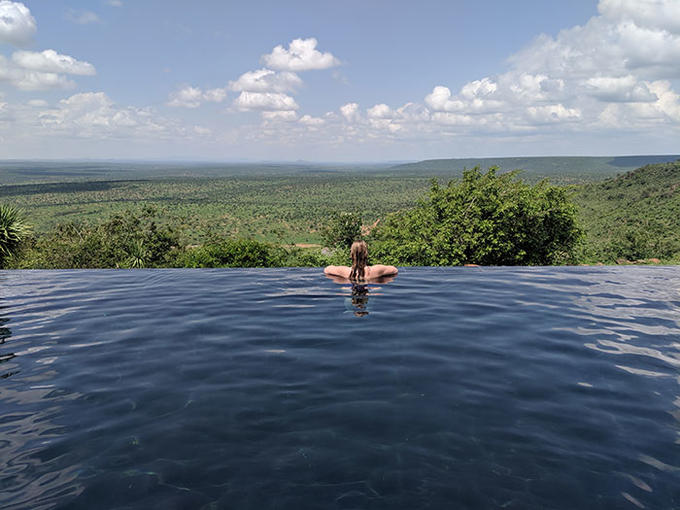 You might think safaris are all dusty roads, hiking in sweltering heat and buffet meals, but the reality couldn’t be further from the truth. These days, safari holidays have become well versed when it comes to luxury. Think lavish glamping accommodation complete with en-suite bathrooms, plush four-poster beds and private balconies, plus infinity pools and even onsite spas. Then of course there are the natural surroundings. Rise early for a game drive and you’ll be rewarded with a spectacular sunset, followed by breakfast either served back at your camp or out in the bush. In the evenings, drinks are often served around the campfire with a blanket of shining stars to admire up above. All together, these holidays exude romance, making them perfect for a honeymoon or special anniversary celebration. 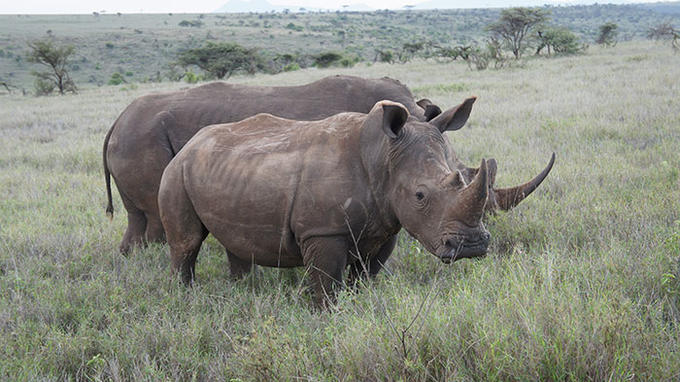 You Will See LOTS of Wildlife

Obviously this depends on where you actually visit, but more often than not you will be amazed by just how much wildlife you’ll see. If you end up boarding a dedicated flight to head off on safari, don’t be surprised if you spot a giraffe from your plane window. Equally, be prepared to get quite close to the animals. I thought we’d be lucky if we saw a lion, but little did I know we’d end up seeing lions every day, sometimes just mere metres from our jeep. Most wildlife, like elephants, zebras, rhinos and surprisingly, lions, aren’t really phased by the jeeps and will happily graze or even sleep while you pull up close by to snap some photos. Other wildlife, like leopards, wild dogs and cheetahs, can be much more shy which makes sightings of them extra special.

Top tip: It’s important to note, how close you can get to the wildlife will depend on whether you are doing a game drive in a national park or a conservancy. National Parks are government funded, so there are rules such as when you can be in the park and that you can’t drive off road. Private conservancies have more lax rules allowing game drives to go off road and even take place at night. Having said that, even in the national parks you will be able to get close to animals as many of them like to walk on the road. 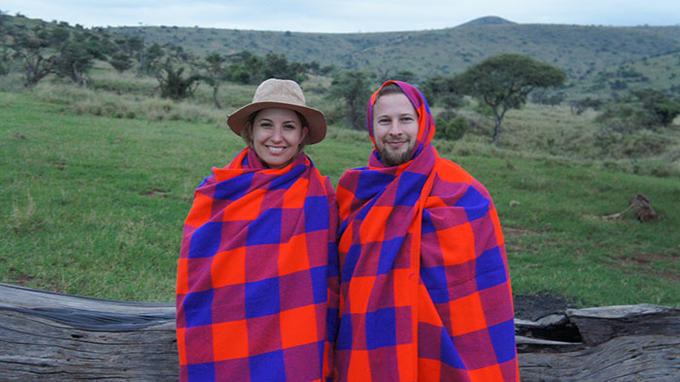 Since a quick trip to a pharmacy is out of the question when out on the African plains, packing the right items is essential for a safari holiday. Before your trip I’d recommend visiting the Travel Clinic to find out what vaccinations you need and what medication (malaria tablets) to pack. Sunscreen and mosquito repellent are also essential, as is a hat and sunglasses.

In terms of clothes, you won’t need many. A couple of comfortable linen shirts, trousers and jumpers are all you’ll really need. I had grandiose ideas of changing into a nice dress for dinner, but in the end I just kept my safari clothes on because they were comfortable and kept the bugs off. Most safari lodges will offer a laundry service too, so you can easily get away with bringing only a couple of shirts and trousers. Other things to pack include a swimming costume, lots of socks and sneakers or hiking boots.

Top tip: One for the ladies. If you’re anything over a B-cup, take it from me, you’ll want to pack a sports bra. The game drives can be very bumpy, and you’ll appreciate having extra support while out on the road! 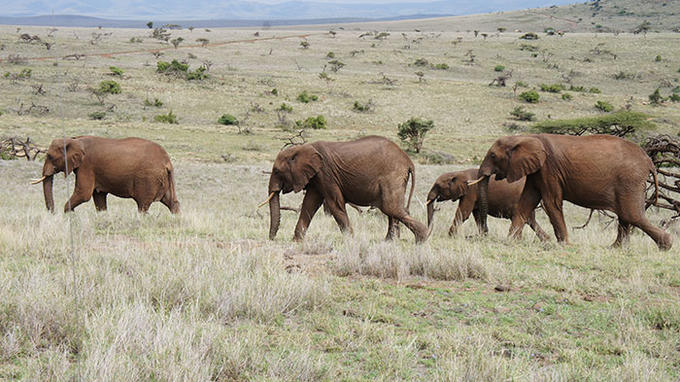 If, like me, part of your holiday is to take a holiday from your diet and let your taste buds go wild, never fear; you will be well fed on a safari! From a wakeup call of tea and biscuits first thing in the morning to fruit platters and eggs and bacon at breakfast, then three-course meals for lunch and dinner, food is very much a part of the safari experience. Everything has a freshly prepared, home-made feel to it (think fresh scones straight out of the oven and homemade jam) and there’s plenty of unique and exotic ingredients to try - don’t miss the bush honey! With a chef onsite, lodges are more than happy to cater to dietary requirements too, plus if you want something changed on the menu, they’re more than happy to oblige. 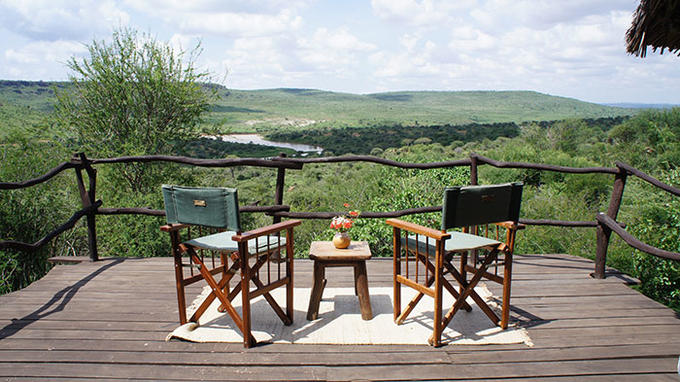 Prepare to Become a Morning Person

Waking up at 6am might not be some people’s idea of a holiday, but it is how things work on safari. Of course, you don’t have to wake up at the literal crack of dawn, but if you want to be in with the best chance of spotting a leopard, the guides will recommend heading out on a drive at 6:30am. Now to some, this may sound painful and potentially impossible, but before you yawn at the sheer thought, it’s important to remember that there’s plenty of time to nap on safari too. In fact, when you’re not out on a game drive, or eating (!) the rest of the hours in the day are yours to nap, swim, or just chill out and read a good book with a glass of wine. It bears repeating, what’s not to love.

If you fancy going on safari yourself, chat to one of our fabulous Travel Consultants to discuss our Africa Safari holidays, and let us tailor-make it easy.

Kruger National Park
How to Safari in South Africa with 'As Seen from the Sidecar'
Matt Bishop and Reece Gilkes are two former Flight Centre Travel Experts attempting to complete the first ever circumnavigation of the globe in a scooter with a... Read More »
Africa
10 Alternatives to Safari in South Africa
South Africa is well known for its diverse wildlife. Animal enthusiasts from all over the globe jet in to Kruger National Park, armed with monstrously sized cameras,... Read More »
Call:
0208 127 4273 0333 333 2211
Talk to a Travel Expert
Instant call back »We'll call you back for free
X