For the past 15 years, I've had a dream to visit Cuba and, with my own eyes, see this iconic island that is frozen in time.

Cuba, the largest island in the Caribbean, has hardly changed since the Cuban Revolution of 1959, led by Fidel Castro, and the subsequent US embargo which dramatically slowed down Cuba’s economic growth. Now that relations with US are relaxing and Castro has died, it's thought that the Cuba of today is set for a rapid change. Suffice to say tourism is booming, and visitors from all around the world are rushing to see the country before it changes forever. 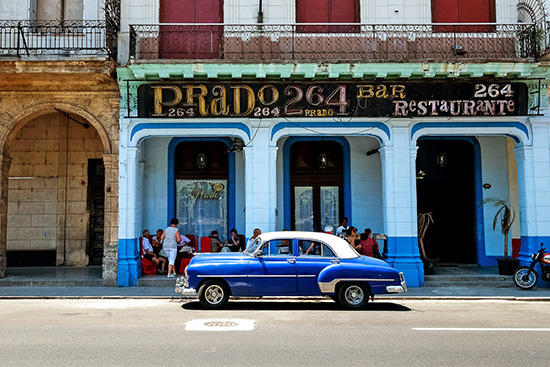 I travelled around Cuba for two weeks, and it didn't take me long to realise that it isn't the easiest destination. Hotels and guesthouses are often fully booked months in advance, getting around on public buses can be a frustrating experience, so unless you decide to book a tour or stay in a resort, you (or your Flight Centre Travel Expert) will need to do a fair bit of planning ahead of your trip.

That said, what Cuba lacks in infrastructures and services, it more than makes up for with an overdose of culture, history, warmth and beauty.

Simply put, it is vibrant, loud, enchanting and exotic and the best way to experience it is to throw yourself in. Dance with the locals, stand on the streets listening to live music, drink rum and inhale the intoxicating smell of cigars. Havana was the starting point of my trip to Cuba and one of the most fascinating cities I have ever come across. I spent three days here to begin, then two more before flying back home, so I had enough time to explore the city and immerse myself in the Cuban way of life.

The old town, Habana Vieja, was inscribed as a UNESCO World Heritage site in 1982, lauded for its architectural and historical value. Since its inception, many of the 18th-century colonial mansions, baroque and neoclassical monuments, and majestic public squares have been restored to their former glory.

Plan your own walking tour of the Habana Vieja, from Plaza Vieja to Plaza de la Catedral via Plaza de Armas and Plaza de San Francisco. These beautiful colonial squares have been completely renovated over last two decades thanks to Habaguanex, a state-owned tourism project.

Stop off at Café El Escorial in Plaza Vieja for a cup of Cuban coffee, at Paladar Doña Eutimia for lunch and at Floridita, Hemingway’s former hangout, for a Daiquiri (or two). 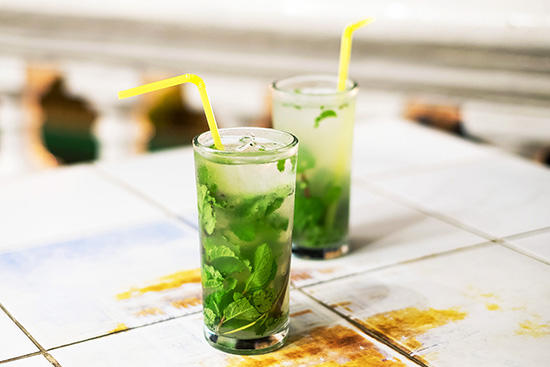 What would a Cuban holiday be without a rum cocktail? Today Mojito, Daiquiri and Cuba Libre feature in bar menus all around the world, but it’s here in Cuba where they were first created.

Whether you like a drink or not, sitting in one of the many bars with a rum cocktail in one hand and a cigar in the other, is part of the experience. You will find charming bars in every corner of every town in Cuba, so just sit down, order a drink and let the earthy and pungent smell of unlit cigar tobacco hit you. After all, rum and cigars are the most popular Cuban products worldwide. 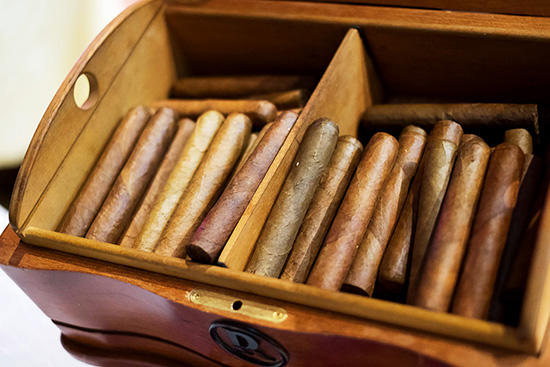 A highlight of my stay in Havana was a guided tour of Partagás, the most famous cigar factory in Cuba, where I watched as cigar makers rolled those famous Cuban cigars entirely by hand. It was an impressive sight. The original landmark building was being restored at the time and the factory was relocated to a site in Habana Centro, but this didn’t make the tour any less fascinating. 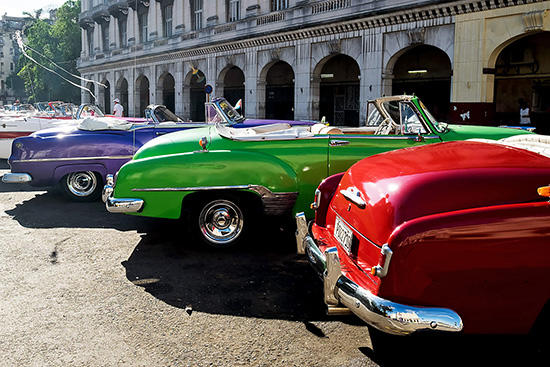 One of the ultimate things to do in Cuba is cruise the streets in a vintage 1950s motor. I usually avoid these kind of touristy activities, but, trust me, you don’t want to miss this experience in Havana. Whether you're in a Chevrolet or a Cadillac, the ride is truly exhilarating.

The hour-long tour will take you out of Old Havana to the crumbling streets of Habana Centro, the Art Deco Vedado and the iconic ocean boulevard Malecón. 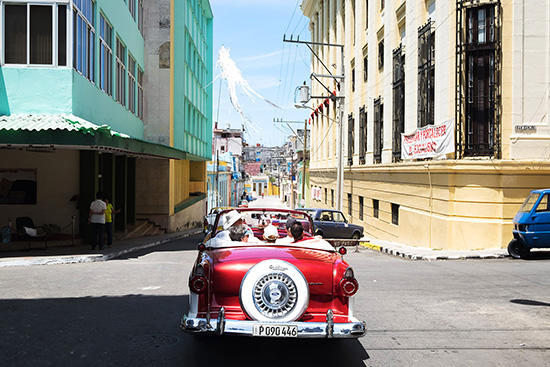 The arrival of modern cars will soon change the way tourists experience Havana, so my recommendation is to book your vintage car ride in Havana while you still can. Cuba is one the most entertaining destinations I’ve ever been to and you won’t truly experience that if you don’t go out and dance with the Cubans. Salsa is the soul of this island. In big cities like Havana, Trinidad or Santiago de Cuba you will discover a vibrant and captivating nightlife and a wide range of live music clubs and dance venues open every night of the week. Regardless of your dancing skills, you are guaranteed to have a great time! 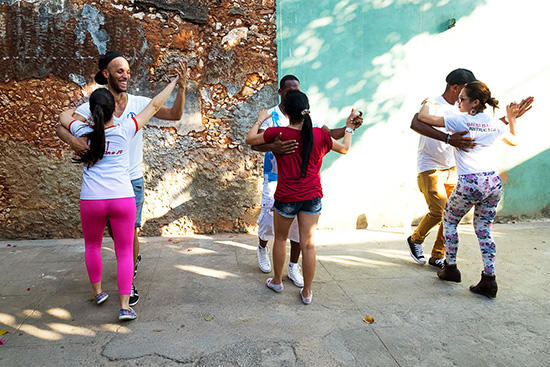 My favourite spots for music and salsa in Cuba were La Bodeguita del Medio in Havana, the Casa de la Trova in Santiago and the Casa de la Música in Trinidad. 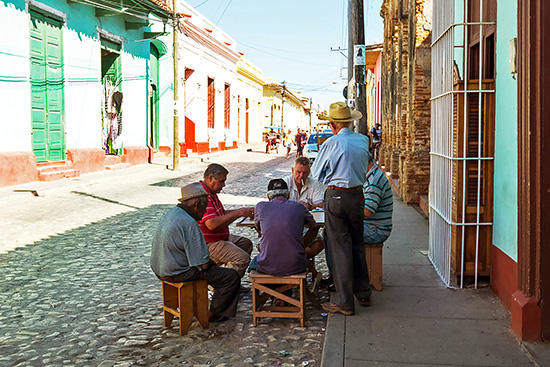 It’s easy to fall in love with Trinidad, one of the best-preserved colonial towns in Latin America. The city is about a five-hour drive from Havana and it’s definitely worth spending two or three days here.

For me, arriving in Trinidad was like stepping back in time. During the day, I walked the cobbled streets, photographed the pastel-coloured colonial buildings, visited the beautiful cathedral and sat in the shade in Plaza Carrillo drinking a coffee. At night, I danced on the steps of Casa de la Música.

Trinidad is also a great starting point for many day trips to the white sandy beach of Playa Ancon, Valle de los Ingenios (once the largest sugar producing areas in Cuba) and the Sierra del Escambray Mountains. 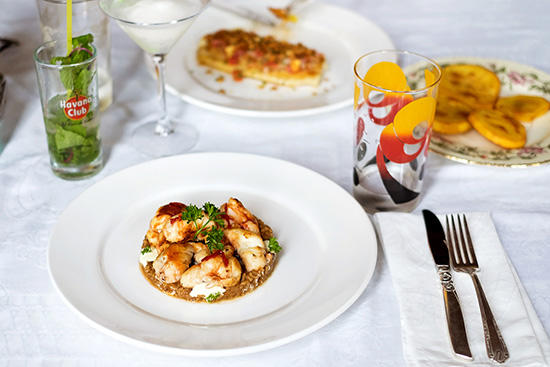 Cuba has plenty of beauty and entertainment to offer foreign visitors, from rum to cigars, from white sandy beaches to gorgeous mountain scenery. Unfortunately, the food isn’t one of the highlights of this Caribbean island. There is little choice of food, which mainly consists of meat or fish, rice and beans, plantain, seasonal vegetables and fruits.

If you are travelling around the island, I highly recommend eating home-cooked meals in casas particulares (family guesthouses) rather than at the state-run restaurants, where the quality of food and service can be very disappointing. Luckily Cuba’s food scene is changing, especially in Havana. A new wave of paladares (privately-run restaurants) has swept the Cuban capital in the last decade. Too expensive for the Cubans, but very affordable for foreign visitors who can choose between a variety of good quality dining options in Havana Vieja, Havana Centro and Vedado. My favourites were La Guarida, for the beautiful dining room and rooftop terrace with views of Havana, and San Cristóbal, where diners are offered cigars and vintage rum at the end of their meals. Remember that popular Havana paladares are always fully booked so you should book your table several days (sometimes a week) in advance.