5 Places to Escape the Crowds in Montenegro

The Balkans are fast becoming Europe’s next big thing. Front and centre? The unassuming (and wildly underrated) country of Montenegro. Even with long, winding roads and terrifying hairpin bends (just take the bus), this speck of a country has several ways of driving itself directly into your heart. 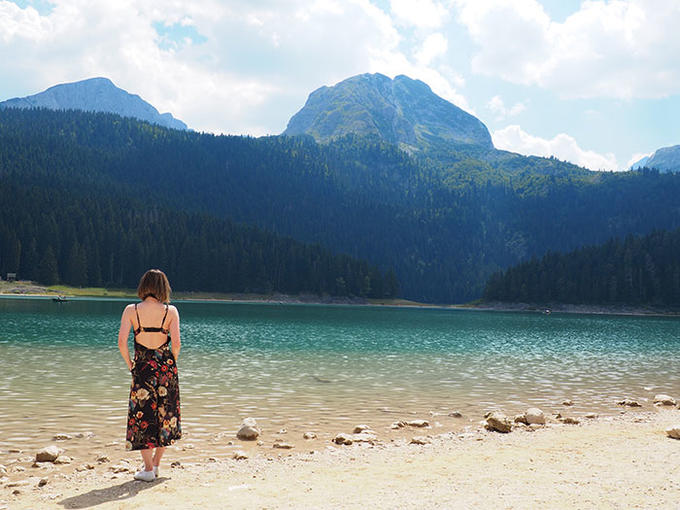 Durmitor does not hurt Montenegro’s claim to the title of ‘Prettiest Country in the Balkans’ one bit. Follow the signs from Žabljak, park up by the entrance and enjoy a 10-minute walk through the trees until they part to give you a heart-stopping view of the dark peaks and crystal-blue waters of Crno Lake (otherwise known as Black Lake). If your mind jumps instantly to images of the Canadian Rockies, you’re not alone. The view is famously Banff-esque. Take a walk around the lake (the hiking trails stretch to a leisurely 2.1 miles), take to the water on a canoe or just sit back and enjoy the view. 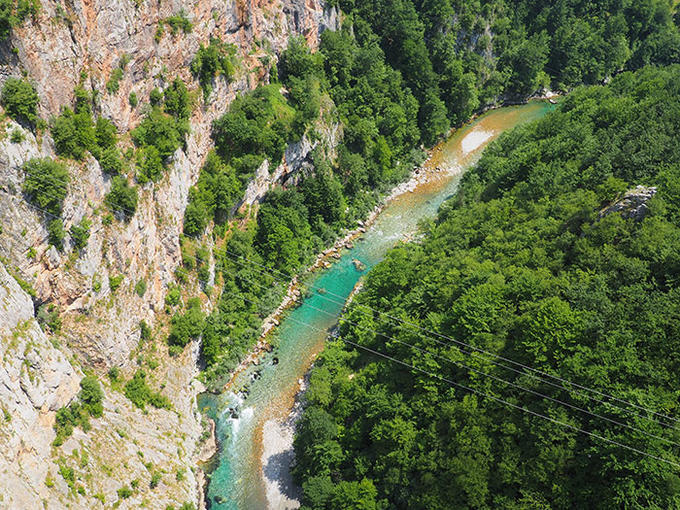 An hour’s drive from Crno Lake, the beautiful Tara Bridge stands 116m above the Tara River. The bridge was completed during World War II. Just two years after it opened, an Italian offensive was launched in Montenegro. In order to halt their advance, one of the bridge’s engineers set out to manually blow up one of its central arches, destroying the only way across the Tara Canyon. He was successful in his mission, but was was later captured and killed.

Today, the bridge has been rebuilt to its former glory. For the best view, strap yourself onto one of the ziplines that run alongside it and over the clear, azure river below, now a focal point for Montenegro’s best water sport centres. Nearby, the perfect summer snack comes in punnets of fresh wild strawberries. 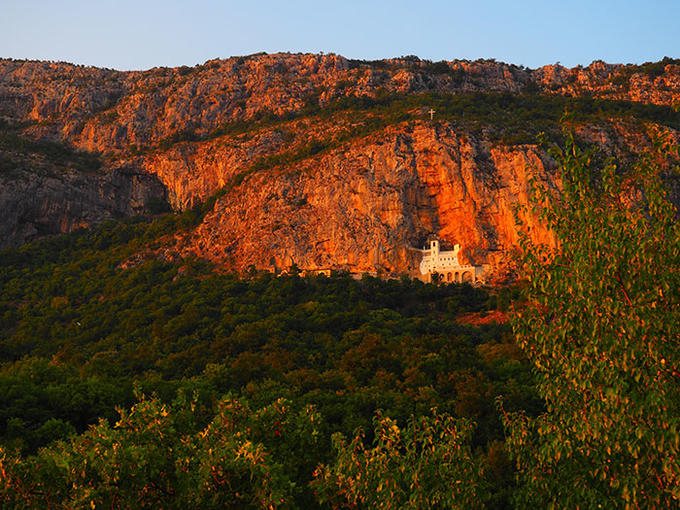 Monks have a history of making things difficult for themselves. The Ostrog Monastery seems to be Montenegro’s answer to Bhutan’s Tiger Nest temple: built into the rock at the end of a 1.8-mile-long Balkan staple of hairpin (and hair-raising) bends and cliffs.

Founded by St Basil of Ostrog (or Vasilije) in the 17th century, pilgrims still follow his footsteps today by making the journey up the hillside barefoot, some spending the night on the main courtyard with their friends and families. Vasilije’s enshrined body remains in the cave church, with offerings made frequently by local worshippers and those from overseas. The monastery is accepting of every religion, and of those with no religion, and has its fair share of miracles attributed to it.

Just 31 miles from capital Podgorica, come during the day for a brilliant view over the Bjelopavlići plain. 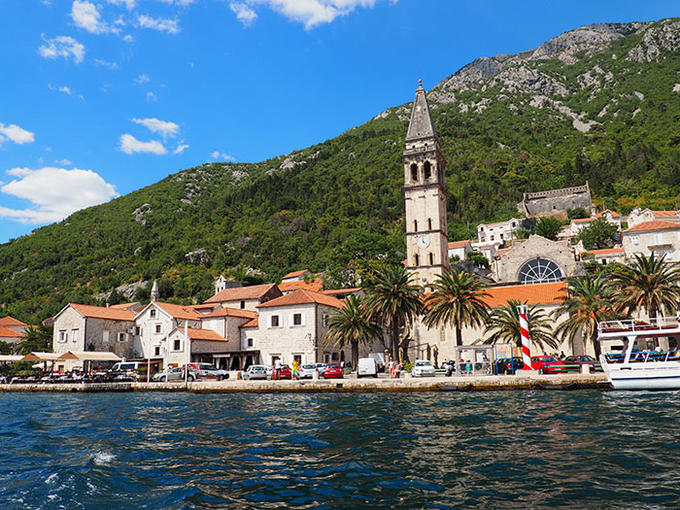 Okay, bear with us. Even though Kotor may well be one of the most popular spots on the Balkan trail, it can still be a haven for those who are prepared to take a breath and embrace it. High summer brings hefty cruise ships and crowds arguably too big for this pocket-sized walled town, but the beauty of the maze-like stone streets is that some places are kept hidden. Letrika’s charcoal coffee is a good accompaniment to a well-thumbed book, the Old Winery offers a lively but casual space for an evening glass and there are plenty of boat tours leaving the harbour when you really need to get out of town.

Beaches are hard to come by near the town, but if you’re prepared to walk a little north out of town and towards Dobrota, you may well get a patch of sand all to yourself. Perast, a 7.4-mile drive from Kotor (or a very pleasant boat ride), has some great bathing spots, often bar-adjacent and drizzled with sun-kissed toes and light summer beats. 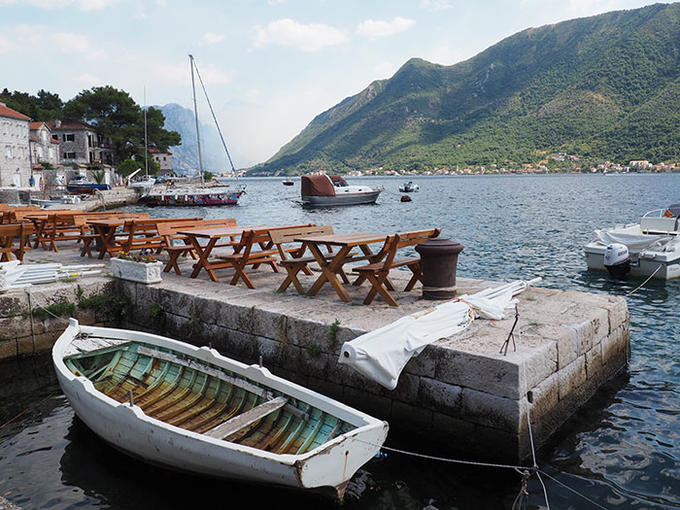 Montenegro shares most of its eastern border with Albania. The word is all but out on this fascinating country, crammed with history, archaeological sites and impressive peaks. It also happens to have one of the Mediterranean’s most beautiful coastlines stretching down its south-western corner. In facrt, on the Albanian Riviera, some of its beaches rival Europe’s more populous seaside destinations, not least for their pristine waters and largely untrodden sands.

Capital Tirana is also slowly emerging on the European trail as a city to be reckoned with. Colourful buildings and historical Ottoman relics stand side by side, while the neighbourhood of Blloku tears through whatever image you have of the place in your head with its well-oiled upmarket nightlife and more than a hint of sophistication. The city has quirk, dust, character and traffic in (almost) equal measures — definitely one to see before it completely cleans up its act.

Explore our range of Europe holidays for more inspiration, or check out a plethora or European group tours, organised by some of our favourite partners.

Europe
13 of the Best UNESCO World Heritage Sites in Europe
UNESCO World Heritage sites are special things. Inscribed to the respected list for their outstanding cultural, historical or natural signifcance, they represent some of... Read More »
Europe
An Expert's Guide to Europe
“From Ibiza’s pink and pretty sunsets to unbelievably good pasta in Italy and historic cities like Amsterdam, Europe is such a versatile destination.” Ruth... Read More »
Call:
0208 127 4273 0333 333 2211
Talk to a Travel Expert
Instant call back »We'll call you back for free
X