9 Movie Sets You Can Actually Visit

This blog was originally posted on Flight Centre Australia.

There probably isn't a soul among us that hasn't wished to live in a fictional world brought to life by the magic of the silver screen. For me, it was Fantasia from the Never Ending Story. Alas, my dream of taking flight with Falcore to save a crumbling universe from The Nothing will never happen, but your movie dreams could very well come true.

There are a number of real world TV and film locations that welcome would-be thespians and enthusiastic fans to tour the streets or buildings of their favourite fictional destinations. From abandoned movie sets to TV reboot locations, I give you nine sets you can actually visit ... 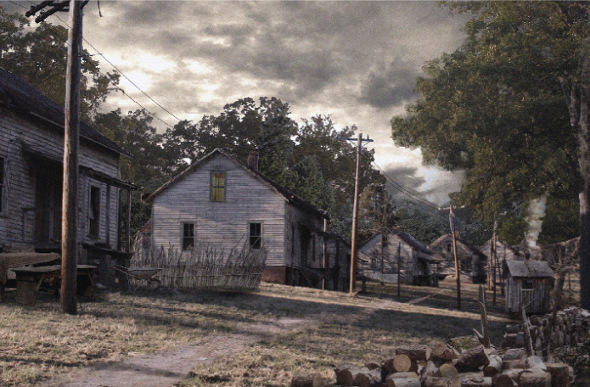 The desolate streets of District 12 were filmed in a ghost town of the Industrial Revolution. Known as the Henry River Mill Village, this area of North Carolina was once a thriving textile mill in the 1920s. The mill burned down in the 1970s and the area was mostly abandoned until filming brought Katniss and Peeta to town. While the Henry River Mill Village is a private property, tours are available to get a closer look inside. Tribute volunteering is not required. 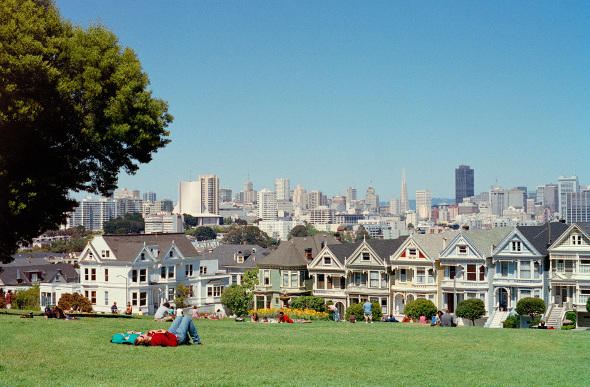 John Stamos fans rejoice! Full House is coming back to TV. You heard that right, and if the rumour mill is to be believed, many of the original cast will be returning. So, in the spirit of zany family fun, don your best dad jeans for a trip to Alamo Square Park in San Francisco to re-enact the opening credits overlooking the city's famous skyline. 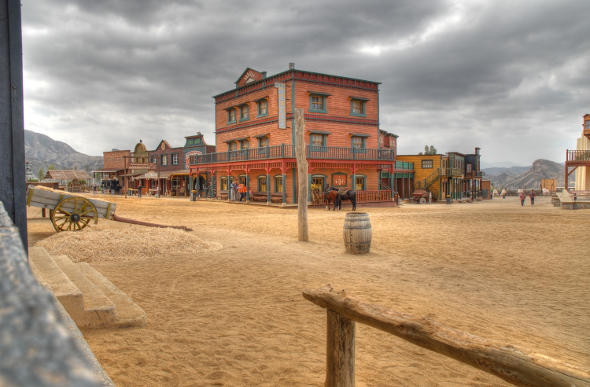 This location was used for a number of western movies through the 1960s but, as popularity for the genre waned, the set was abandoned. You can still visit the dusty streets of Frontier Town and do your best Clint Eastwood impression as you re-enact the final epic gun battle of The Good, The Bad and The Ugly. You'll have to bring your own poncho though.

Jack Sparrow may have relocated to north Queensland for the filming of the next Pirates installment, but the Port Royal origins of this blockbuster tale are still standing in Wallilabou Anchorage on the island of St Vincent. The sets were left up after filming wrapped and are looked after by the local community, who invite fans to get a taste of pirate life by touring ship galleys and posing next to movie prop cannons. 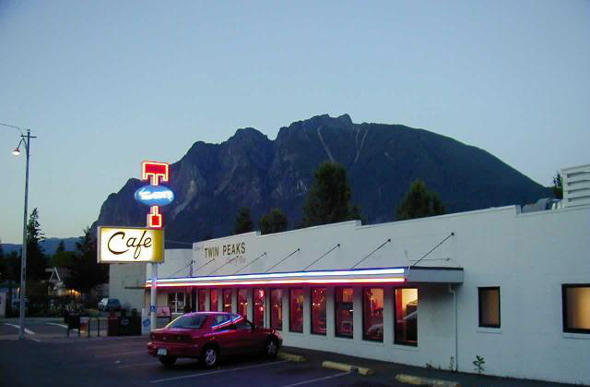 David Lynch fans have been eagerly anticipating confirmation of rumours that he will bring back Twin Peaks for another season.  It might be awhile before we see Agent Cooper and the gang back on TV, but you can still get your fix at the Double R Cafe. Known in real life as Twede's Cafe, fans can sidle up to the counter for a piece of Twin Peaks cherry pie. I hear it's so good it's worthy of poetry. 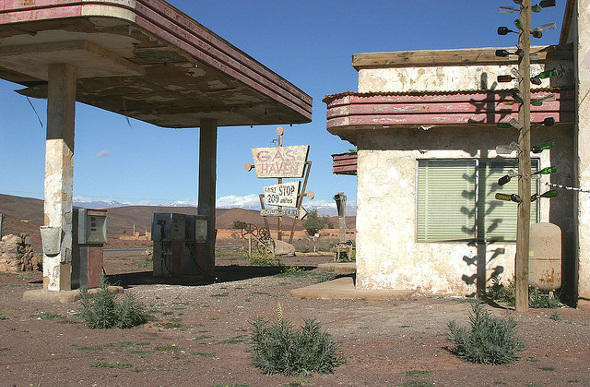 Constructed in Morocco specifically for the 2006 remake of The Hills Have Eyes, Gas Haven still stands in all its eerie glory. Along with the gas station, there are a number of other items that weren't worth transporting out of the desert filming location. Just be wary of any gas station attendants offering road directions.

Who could resist the opportunity to do the Truffle Shuffle in front of the house from The Goonies? Located in Astoria, Oregon, the home that appears in the movie has been deemed a historical landmark and welcomes Goonies from across the globe to tour and relive their favourite moments from the film. There are also a number of other filming locations to visit in and around Astoria.

If you've ever dreamed of walking through the mad, mad world of Tim Burton's creations in real life, this is your chance. The idyllic town of Spectre from Big Fish was built on an island off the banks of the Alabama River where it has remained. The bright colours and soft glowing lights are long gone and we'd resolutely recommend you keep your shoes on while walking the streets of Specture. Its decomposing buildings are still recognisable as Edward Bloom's utopian escape.

The movie that spawned the irrefutable 'one-armed man' defence left a trail of movie set debris. Film buffs can relive Harrison Ford's harrowing escape from the bus that would whisk him off to prison for a crime he didn't commit. The bus and train wreckage still sits track-side as a mangled mess in Dillsboro, North Carolina.

Travelling is for discovering the unexpected. From fantastic meals in ramshackle joints to stumbling upon a best kept secret, I love those fortuitous travel moments that couldn't be planned if I tried.

9 of the Best Burger Joints in the USA
28th May is International Hamburger Day! To mark the USA event, we’ve scoured this great North American nation in search of its best burger offering. Let’s be... Read More »
The Ultimate Unique Places to Propose
Calling all travelling romantics! Planning the ultimate proposal, but not sure where to get down on one knee? Or no idea how to make your proposal so unique that it... Read More »
Call:
0208 127 4273 0333 333 2211
Talk to a Travel Expert
Instant call back »We'll call you back for free
X