5 Places to See Orangutans in the Wild

Orangutans may be the largest tree-dwelling primates on the planet, but it’s not their size alone that makes them impressive. It’s a combination of this and their recognisably human characteristics, their intelligence and their rarity. With Orangutans becoming increasingly elusive in the wild, here are five places you can still hope to catch a glimpse of them… 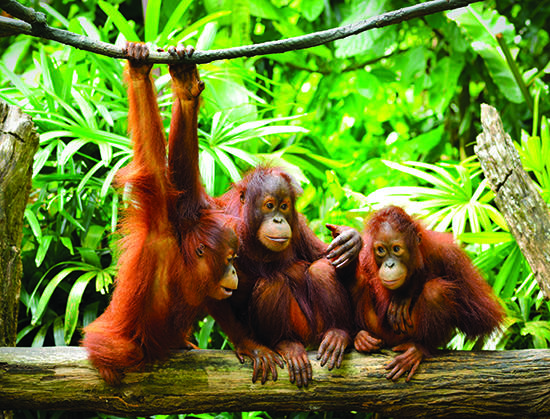 Endangered wildlife species thrive here – from the Asian elephant and clouded leopard to, of course, the orangutan. It’s a remote region, uninhabited by humans, and stretching across 170 square miles. Orangutans are in abundance in this untouched rainforest reserve though – around 500 to be exact – making it one of the best places in the world to spot the arboreal mammal. 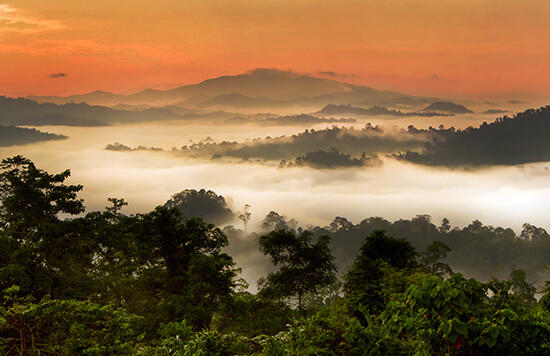 Created in 1984 to preserve Sabah’s rare animals, Tabin is a great place for spotting Borneo pygmy elephants and 220 species of exotic avifauna. It’s also a perfect location for budding photographers to put their camera skills to the test, especially when trying to capture fast-moving birds on film. As for primates, you’ll find eight different types here, including orangutans and the unusual proboscis monkey. The numbers aren’t huge, but you can camp out in the jungle, increasing your changes of a sighting.

Spotting orangutans in Tanjung is all but guaranteed. To maximise your chances, tour the park in a klotok, a traditional wooden boat that cruises the waterways for two or three days at a time. You will sleep and eat onboard, meaning you are constantly exposed to the surrounding forest and its orange-haired inhabitants. There are also feeding stations scattered along the banks of the Sekonyer River, so you’ll often see orangutans and proboscis monkeys stopping off for a snack.

The locals who live in and around Gunung Leuser have such a close relationship with the orangutans here that they even have names for most of them! A two-day guided hike – departing from the village of Bukit Lawang – should quickly reveal some of these tame primates; just be sure to keep looking up into the tree canopy above.

By night in this nine-square-mile national park you’ll spot fireflies dancing over the Batang Ai and Lubang Baya rivers, then, by day, there’s the orangutans. In fact, Batang Ai has the highest orangutan population density in central Borneo, making your chances of seeing one in the wild pretty high. That said, you must undertake some of the park’s four hikes if you have any hope of a sighting – be sure to hire a ranger and bring plenty of food and drink before embarking on your trek. 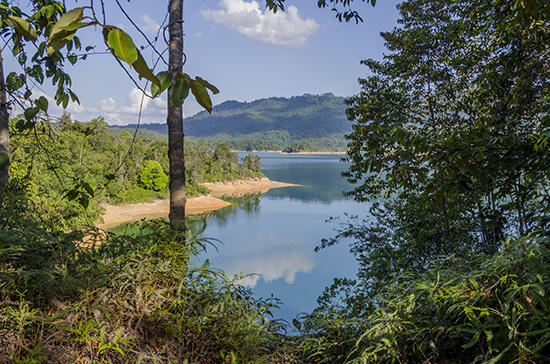 Why not make an appointment with one of our Travel Consultants about your orangutan-spotting trip and let us tailor-make your Asia holiday to include Malaysia, Borneo or Indonesia.

Where to See Polar Bears
If you’re into animals, there’s nothing quite like seeing a polar bear in the wild. Catch a glimpse of even a tiny tuft of that soft, creamy fur, and it’ll feel... Read More »
India
How to See Tigers in India
If you’re a fan of the Jungle Book movie, you’ve probably already fantasised about visiting the jungles of India and spotting a tiger in the wild. Well, as someone... Read More »
Call:
0208 127 4273 0333 333 2211
Talk to a Travel Expert
Instant call back »We'll call you back for free
X