Often forgotten about in favour of its neighbour Croatia (blame Game of Thrones) and other Balkan states, southeastern Europe's Bosnia & Herzegovina has its own treasure trove of architectural gems, natural wonders and history-laden streets that are well worth a visit. Here are five of the best... 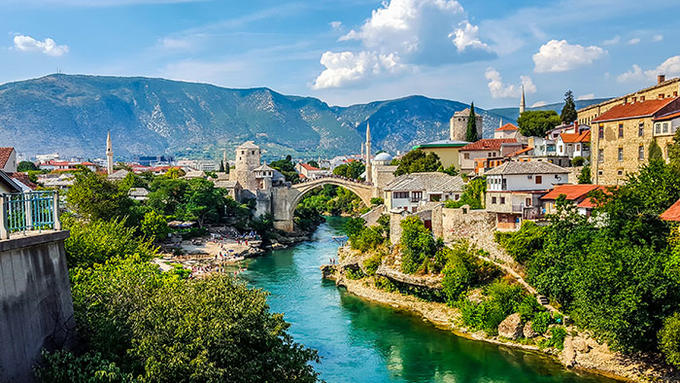 A visit to Mostar is like a trip back in time: market traders sell trinkets along narrow, winding cobbled streets, church bells ring and muezzins reverberate around the Old Town from thin, cloud-baiting minarets. Connecting this labyrinthine network of lanes is the city's icon, the magnificent arcing stone Stari Most bridge. Faithfully rebuilt after falling victim to the Bosnian War in the 1990s, this 16th-century Ottoman wonder exudes spendour and acts as Mostar's centrepiece. Head there in summer and you'll likely see showboating locals jumping from it into the azure-blue Neretva River below. While it still bears scars from the 1990s conflict – the 'Don't Forget' stones sprinkled throughout the Old Bazaar are poignant reminders – much of the Old Town has been beautifully restored and the War Photo Exhibition displays remarkable imagery from the war. Make sure you climb up the minaret of Koski Mehmed Pasa Mosque for one of the best views of the city, directly overlooking the bridge and cobbled lanes, while you can tuck into cevapi (minced meat and pitta bread with a red pepper dip) in a restaurant overlooking the river and divers. 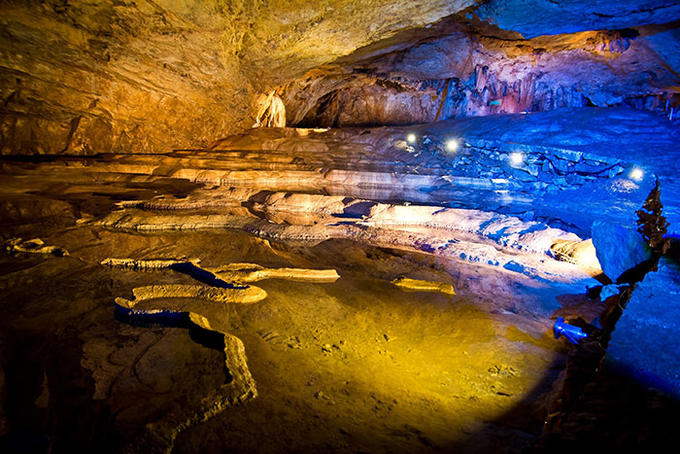 With its modest green gate guarding the entrance, from the outside Vjetrenica cave doesn't look like it's up to much. But what lies within are chambers of epic proportions (it's the country's largest cave system), with subterranean passages stretching out across 3.7 miles. Walk along trails past spectacular stalactite and stalagmite formations, hauntingly illuminated by trail spotlights, and frequent gusts give a strong incline as to how this underground world picked up the nickname 'Wind Cave'. Rock drawings of bears and leopards are thought to be around 10,000 years old and underground pools are home to a surprisingly rich selection of wildlife, including shellfish, blind salamanders and other endemic species. In short, the understated gated entrance does this hidden underground wonder a disservice but, once you're inside, you'll be glad many bypass it with a case of 'judging a book by its cover' syndrome. 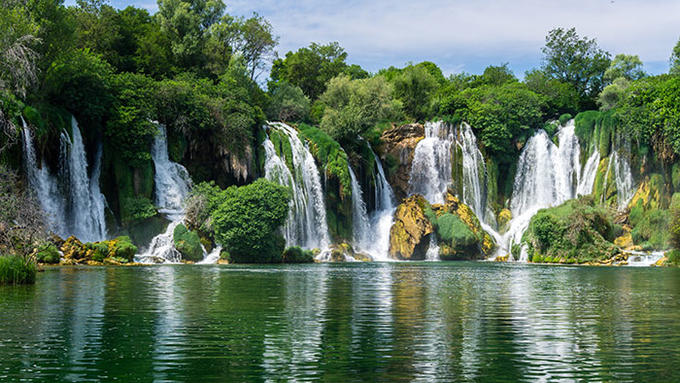 Grab your swimming gear – this is possibly the country's greatest place for a dip. Stretching across 100m, a tumble of 25m-high cascades seep from the Trebizat River in an emerald pool that proves too irresistible for visitors not to have a dip. Spring sees the waterfalls at their highest, while in summer crowds are plumper but the plunge pool is deeper and larger for those looking to swim. The best way to soak up these waterfalls is to relax by the lake and admire the surrounding lush landscape and, especially in spring when there's fewer visitors, it can be awe-inspiring to take in how beautifully serene this wild spot is. If you want to stretch your legs, there's a small grotto nearby filled with spectacular stalactites and an old mill and sailing ship offer other points of interest, too. 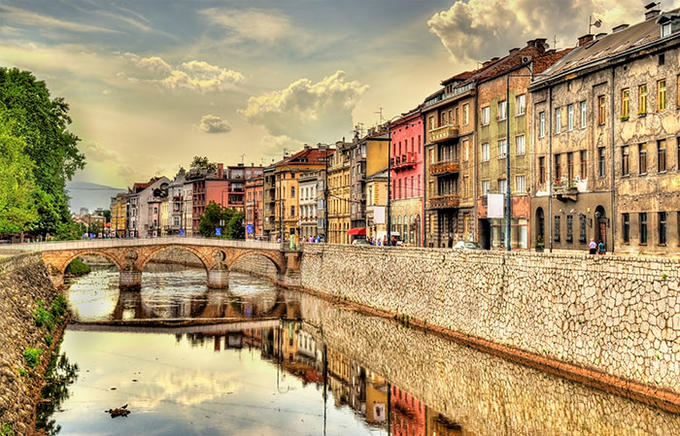 When most people think of Sarajevo, their minds are cast back to the four-year-long siege in the 1990s during the Bosnian War. Back then, this war-torn city hit headlines across Europe but, today, this oft-misunderstood capital has brilliantly reinvented itself, with an intriguing mix of Ottoman, Austro-Hungarian and Yugoslav buildings pocked with hip cafés, mosques and bazaars in the central Old Town district of Bascarsija. Head for the hills, where the leafy valleys of the Dinaric Alps are sprinkled with minarets and red-roofed traditional Bosnian builds. Wander atop these green-splashed peaks for a fine vista over the city, or enjoy a brisk whizz on the cable car up Mount Trebević for more sweeping views or a hike through some delightful woodland.

Despite Sarajevo's renaissance, you're never far from its compelling history. The War Tunnel Museum offers a glimpse into the measures taken by locals to escape the line of fire in Serbian-controlled areas, while Latin Bridge is the spot where Archduke Franz Ferdinand was assassinated – an event which sparked the First World War. These are sights that shouldn't be missed, important ingredients of a capital that has undergone a remarkable transformation. 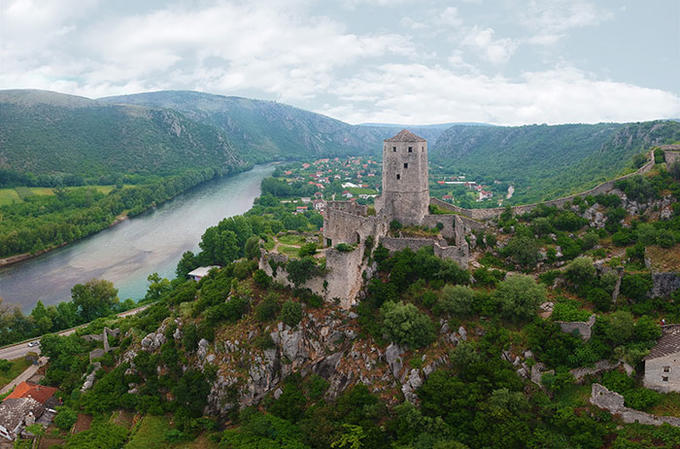 Pocket-sized Pocitelj is easily missed off most itineraries for those visiting Bosnia & Herzegovina, including day trippers, but those who don't go are missing a trick. This Ottoman fortress village majestically rises up the curved valley slope like its houses are resting on the steps of a natural amphitheatre. And while only a handful of people still live here, its semi-ghost-town-like feel makes a visit all the more thrilling. Stone streets interlink the tattered buildings, climbing upwards to the derelict Utvrda fortress. As well as dishing up fine views of the Neretva River valley below, its octagonal Gavrakapetan Tower can remarkably still be climbed. The 16th-century single-domed Hadzi Alijina Mosque has been brilliantly restored following its destruction in the 1990s, while Gavrankapetanovic House has long been a hideout for inspiration-seeking artists. But the real appeal of Pocitelj is that it's been left frozen in time, a place where you can truly lose yourself in its mazy streets.

Chat to our Travel Experts about our range of European holidays.

Europe
A City Guide to Dubrovnik
Famously known as the Pearl of the Adriatic, the city of Dubrovnik has been the most prominent port on the Dalmatian Coast for almost a thousand years. However, more... Read More »
Europe
An Expert's Guide to Europe
“From Ibiza’s pink and pretty sunsets to unbelievably good pasta in Italy and historic cities like Amsterdam, Europe is such a versatile destination.” Ruth... Read More »
Call:
0208 127 4273 0333 333 2211
Talk to a Travel Expert
Instant call back »We'll call you back for free
X