10 of our favourite films set in Las Vegas

What happens in Vegas, stays in Vegas. Well, unless a clever director makes a movie there and shares it with the world. Here are some of our favourite films from Las Vegas. If you have any more to add to the list, please let us know in the comments at the bottom!

Both the original film in 1960 staring Frank Sinatra, Dean Martin and Sammy Davis Jr. and the 2001 remake staring George Clooney, Brad Pitt and Matt Damon had us hooked from the beginning. The team of eleven led by Danny Ocean plan the biggest heist in history and target the Bellagio, the Mirage and the MGM Grand. Never has the theft of $150 million been so sexy.

This is an oldie but a goodie and considered to be Elvis Presley’s best film. Also staring Ann-Margret, the romantic musical revolves around Lucky Jackson’s (Elvis’s) attempt to win the first Grand Prix Race in Las Vegas.

The seventh Bond film sees everyone’s favourite spy pose as a diamond smuggler as he infiltrates a smuggling ring. Bond’s nemesis and supervillain, Ernst Stavro Blofeld, is planning to use the diamonds to build a giant laser to destroy Washington DC. Yes, it’s ridiculously over the top but that’s why we love it begin to dominate casinos with organised crime.

Starring Robert De Niro, Sharon Stone and joe Pesci, Casino reveals both the glitz and glamour of Las Vegas as well as the dark, corrupt and brutal side. The film is partly based on a true story as we see the rise of top gambling mobsters who are later brought down by the FBI.

Adapted from the novel by Hunter S. Thompson, Fear and Loathing in Las Vegas was a flop at the box office but became a cult classic once released onto DVD. We see our stars Raoul (Johnny Depp) and Dr Gonzo (Benicio Del Toro) embark on a hedonistic weekend in Las Vegas as they meet some interesting characters during their massive drug binge. 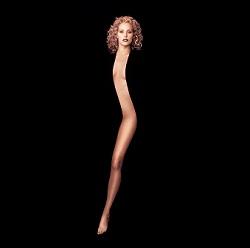 In Showgirls we see the exotic stripper Nomi Malone, played by Elizabeth Berkley, journey from a seedy lap dancer in Las Vegas to the star showgirl at a high-class hotel. She may have ‘made it’ but she soon realises that fame comes with a price to her friendships and morals.

The first film in The Hangover trilogy saw the main characters played by Bradley Cooper, Ed Helms and Zach Galifianakis travel to Las Vegas for a 24-hour stag party. They wake up in the morning after their first night of drunken revelry and barely remembering a thing. All they know is that one guy is missing, one guy lost a tooth and married a stripper, they have a baby in the closet and a tiger in the bathroom. Now they just need to retrace their steps to find out what happened. 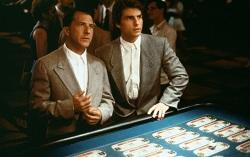 This multi-award winning film starring Dustin Hoffman and Tom Cruise brings two brothers together after the death of their father. Self-centred Charlie was unaware of his autistic elder brother’s existence until he found that his father left his entire $3 million estate to him. The make their way to Las Vegas where Charlie hopes to take advantage of his brother’s mathematical skill but begins to question his values in life.

Staring Jon Favreau and Vince Vaughn, this film sees the unemployed actors spend a night in Las Vegas to help get over a breakup and follows the theme of picking up women in LA. It was voted one of the funnies films on 2007 as the men try their best to attract women while examining the psyche of the modern American male.

And finally, for anyone looking for a cheesy rom-com, we have What Happens in Vegas with Cameron Diaz and Ashton Kutcher. The couple accidentally get married after a drunken night spent in the Las Vegas night clubs. The quickly realise they need to get a divorce but before leaving Las Vegas they pop a quater in a slot machine and win $3 million. But who will get the winnings after the divorce?

If any of these films have inspired you to take a trip to Las Vegas, take a look at our Las Vegas holidays from just £599 with flights and accommodation.