Over the past few weeks we’ve been bowled over by the calibre of photographic talent from our World’s Worst Travel Photographer entrants – and we don’t necessarily mean that as a compliment. We received over 500 entries from travels all over the globe – in fact, there was barely a continent we haven’t crossed between us.

Antarctica anyone? The only continent not covered by our roaming crapsnappers.

But the coveted title of World’s Worst Travel Photographer 2012 can only be bestowed upon one person. One person whose (lack of) photographic skill exceeds the rest. One person who, quite frankly, shouldn't be allowed near a camera.

This person will take home some fantastic prizes sure to redeem their photographic flaws – a Fuji X-S1 camera from Dixons Travel and a photography course from Chris Coe, Travel Photographer of the Year founder. Lord knows, this person needs it.

We do wonder if they quite knew what they were in for.

Without further ado, we give you our top crapsnappers, as voted by our judges...

Our runner up is this alarming shot of a colobus monkey taken in Zanzibar by Hannah Sharland: 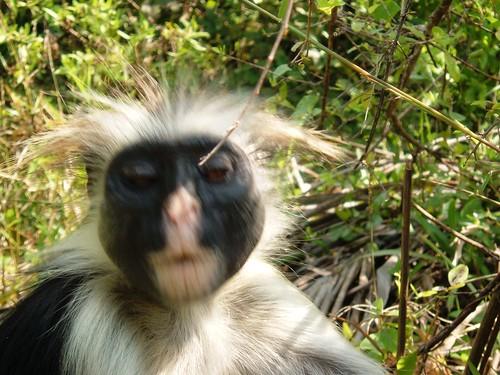 Great expression. But a shame it's not in focus. And perhaps zoomed in just a little too closely?!

Poor Hannah. She must have been gutted when she checked this photo and realised it was all out of focus. It would have been a classic photo she could have kept forever. Now it just looks like, well, that she could do with a bit of help in understanding her camera and how and where it focuses. And the value of blurring the background, rather than the foreground.

A masterpiece! A cross between a gremlin and a hamster travelling at speed. Amazing combination of getting everything wrong - focus, shutter speed (causing the blur) and not noticing the twig in front of the face.

The highly commended award – and prize of a £100 Flight Centre travel voucher – goes to this eye-straining shot taken by Natalie Tonking in South Africa.: 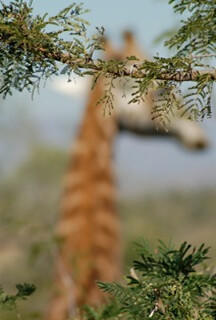 Oh dear, oh dear. An entry level error. The image is so blurred I can't make out what it is, or is it mist hanging over the veldt? Is that the Labour MP Margaret Beckett I can see in the background?

Obviously not a great picture although a few pointers, i.e. focus point in the middle and not on auto, and more thought on framing and this picture would have been good - so a crap snap but with potential for improvement.

A classic case of how auto-everything allows you get it all wrong. But it's especially masterful as most cameras autofocus in the centre of the frame and that's the bit that's most out of focus.

Which brings us to the WINNER. The King of Crapsnaps, as we have affectionately monikered him, and the World’s Worst Travel Photographer 2012 is ... drumroll .... Norman Price!

How could our judges resist this endearingly crap shot of an apparent Tai Chi class taking place on the lawn in front of the Leaning Tower of Pisa? 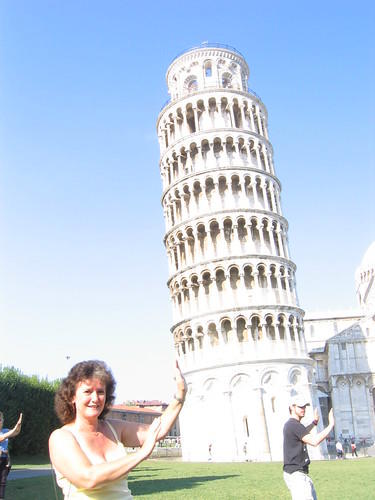 Those shots of people holding up the Tower of Pisa are easy, aren't they? Not only did I get the exposure wrong, but my composition makes it look like a Tai Chi class.

I think this photo is brilliantly bad. So much about it is wrong. The exposure is terrible, and the super-strong woman pushing the Leaning Tower is badly positioned. If those crimes against photography weren’t serious enough, there’s also two other random people in the shot pulling crappy Jackie Chan moves. It’s terrible, and yet the photographer has bothered to compose the shot, and he’s put a bit of time into placing the elements (although not enough). He shows talent that needs to be tapped and trained and rewarded!

Great crap snap - all he had to do was move slightly to his left and line up the hands on the edge of tower then it would have been amazing.....ahemmm! – he doesn't need tuition, he just needs to move to his left a little more – looks like they're having great fun though which is the important thing heh!

We discovered Norman’s hidden talent when we awarded him the worst of the week prize and it appears our judges agree. Congratulations Norman! You win a Fuji X-S1 camera from Dixon’s Travel and a photography course. (That is, as a student, Norman. Not the teacher. Just so we’re clear.)

To see the astonishing calibre of Norman’s travel snaps, take a look at this Facebook album.

A very big thank you to each and every crapsnapper who sent their shoddy shots our way. We certainly had a lot of fun reliving your journeys through your ill-timed, poorly-composed and unintentional pictures. Because that’s what the best kind of travel is like, wouldn't you agree?

Norman sent us this lovely note when he heard the news:

The prizes are wonderful, and I'm going to enjoy telling all my friends about my World Champion title. We do take lots of photos when we travel. I only have a point and shoot camera, although I do quite like the results, but I don't have anything  of this quality, and the long lens will be great for safaris.