The following extract is taken from Flight Centre magazine The Experts, with words by David Whitley and photos as credited.

The USA has some of the most thrilling short break cities in the world. The bright lights and soaring skylines of New York, Chicago and San Francisco all hold promise of an irresistible adventure. But where do you start when you have so much to see and just a few short days to do it in? We highlight the must-see landmarks and unmissable experiences in each iconic city to help you feel like you’re packing a fortnight’s holiday into four whirlwind days.

Imagine New York in your mind’s eye. Even if you’ve never been there, chances are you’ll picture a legendary scene from one of your favourite movies. Wall Street’s unscrupulous Gordon Gekko declaring that greed is good from the skyscraping heights of downtown Manhattan’s financial district. A pouting Holly Golightly peering in at the famous Fifth Avenue jewellers in Breakfast at Tiffany’s. Sleepless in Seattle’s climactic meeting at the top of the Empire State Building. And Harry and Sally’s slightly more intimate climactic meeting at Katz’s Delicatessen on the Lower East Side.

Its neon-haloed skyline, its bright lights, big city electricity, its iconic brownstones, subway, diners and bridges. They all set the scene for some of the most famous movies ever made. And being in this energetic, vibrant metropolis is like starring in your own personal movie. Your opening scene? The monoliths of Manhattan’s skyline that greet you in a larger than life welcome as you cross the colossal Brooklyn Bridge. And it’s up in the lofty heights of this city’s architectural main players that you get to really appreciate it. By day, look down over the Hudson River from the pedestal of the torch-wielding Statue of Liberty that stands as a symbol of freedom and opportunity in New York Harbour.

Best seen at night when you can marvel at the illuminated skyline from its 86th and 102nd floor observation decks, the statuesque Art Deco Empire State Building is open until 2am (the last elevator is at 1.15am). In the mood for romance? Go from Thursday to Saturday and there’s a live saxophonist who takes requests. Or soar even higher and get a bird’s eye view over vertical NYC (including its new tallest building One World Trade Center and the gleaming silver Chrysler Building) on a helicopter tour. 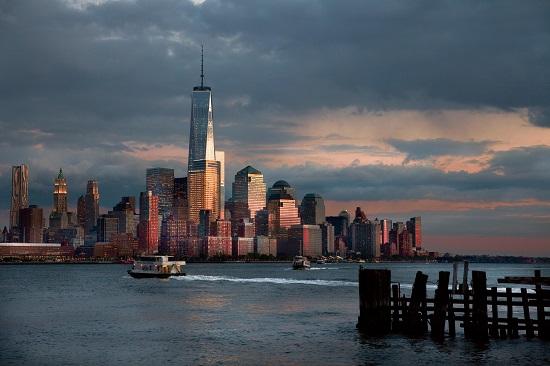 Back on street level, wear your flats as Uptown, Midtown and Lower Manhattan’s avenues and streets are endless, although the grid-style layout is easy to navigate. However, no amount of shoe rubber will do the shops justice. New York is one big, awesome shopping emporium. If you’re hunting for antiques, head for the Sunday GreenFlea market on Columbus Avenue on the Upper West Side. Many vendors accept credit cards and will ship furniture overseas. Dent your plastic on Madison Avenue’s upscale US brands Calvin Klein and Ralph Lauren on the Upper East Side. On Fifth Avenue in Midtown, you’ll find boutiques and high street labels like Armani Exchange, Abercrombie & Fitch and Kenneth Cole. Downtown, big names like Chanel share the cool, cobblestone streets of SoHo with independent shops and galleries. You can buy the iconic ‘little brown bag’ at department store Bloomingdale’s. Then there’s the legendary Century 21 that stocks designer names at outrageously discounted prices.

Hungry? There’s none better than Big Apple classics like the pastrami sandwich. The Carnegie Deli in Midtown Seventh Avenue has been serving up gut busters filled with at least one pound of meat since 1937. Want to brunch like a boss? A $27 Get-It-All Special at Good in the West Village includes an entrée, a side and any cocktail (try the Hampshire pork belly hash and eggs and the Good Morning Martini with vodka, Kahlua and a shot of espresso). Steak of kings? An aged rib steak from Quality Meats on 57 West 58th Street in Midtown West will set you back $48, but boy what a cut, served with corn crème brûlée and spinach-filled Yorkshire pudding.

Walk off the excess in Central Park, an open-air oasis in the middle of the city with lawns, gardens, a winter skating rink and its own zoo. Or you could see its sights on a bike, by scooter, by pedicab or by lording it in a horse-pulled carriage. If all this is your movie set, then your final scene needs to be as spectacular as your first. That’s why your short break swansong should be sipping a cocktail while the sun is setting on this magical city. Head for The View, the revolving rooftop lounge on top of The Marriott Marquis where you can bask in the neon of buzzy Times Square below, while sipping its signature Top of The View. Or look down upon the brightly lit runway that is Fifth Avenue while sipping a Perfect Midtown at Salon de Ning,
The Peninsula Hotel’s rooftop outdoor terrace. New York at your feet – now that’s quite something.

The first sight of the skyline, shooting up from the flat plain immediately to the east of Lake Michigan, is enough to induce a rush of excited giddiness. The birthplace of the skyscraper is the city that pulls it off with the most remarkable visual panache. 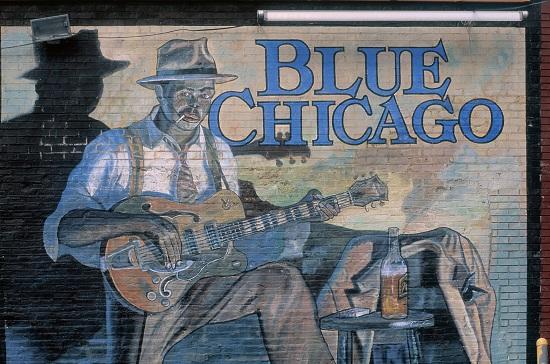 Gleaming glass skyscrapers striking a blow for ultra-modernity contrast with terracotta-covered relative tiddlers from the earlier days of the city. Look closer with the latter – they’re usually covered in intricate engravings. If it’s this city’s remarkable architecture that sends shivers down the spine, and the Chicago Architecture Foundation’s walking and boat tours should be practically mandatory, it’s the personality that makes for a permanent love affair. There’s a friendly mid-Western town waiting to get out in Chicago. Pretension gets short shrift, laughs are hearty and the molecular gastronomy scene is complemented by a devotion to deep-dish pizza. 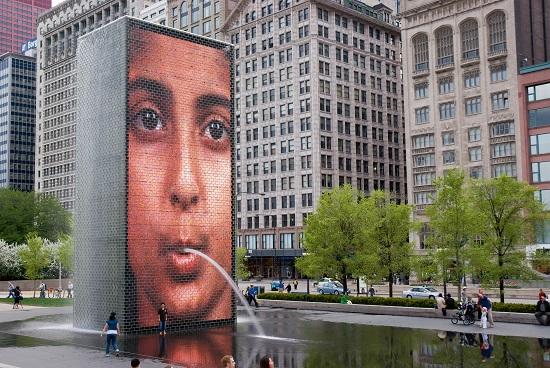 Stroll down through the parkland dividing the city from the lake, and the other big hitters come into view. Soldier Field is the home of the Chicago Bears and the oldest NFL ground in the country, while even more fearsome beasts are on display in the dino-packed Field Museum.

But culture in Chicago means far more than museums. Jazz plays to hushed reverence at the gorgeous Capone-era Green Mill Jazz Club. Blues heritage lives in venues such as Buddy Guy’s and sharp-edged comedy still plays out at The Second City after more than 50 years. Hop on one of the juddering ‘El’ trains out of the central loop, however, and Chicago changes. Building heights drop dramatically, and big-city energy gives way to neighbourhood quirks. Wicker Park and Bucktown are all gentrified cafés, galleries and indie shopping. Andersonville retains a Swedish influence and heavily Hispanic Pilsen goes in for defiantly unpolished taco joints and huge murals. The spirit varies in different localities. Mix those spirits together, though, and there’s one hell of a potent cocktail.

It may be the least cool place in town, but as tourist traps go, Pier 39 has a habit of not making you care about authenticity. Clam chowder is served up in bread bowls, street musicians merrily busk away and wine shops hold tasting sessions showcasing the best of Californian wine. 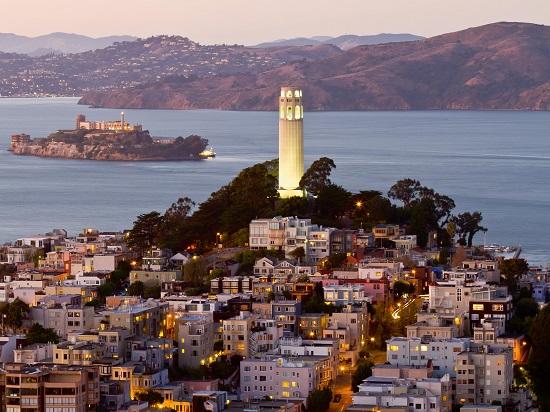 As ferries and tour boats scoot off across the bay, sea lions often monopolise the wooden docks. It’s prime real estate, but the city has decided that the honking, whiffy, scrapping beasts have first dibs on the spots they’ve decided to call home. This rather sums up San Francisco’s character. It’s the green, liberal, do-things-differently capital of the US, a remnant of the hippy movement that effectively kicked off here. The Haight-Ashbury area, which is most associated with the beat poets of the 1950s and 1960s, still has more than its fair share of tie-dye and health food shops. It’s more middle-aged yoga fanatics than freespirited young artists these days, however.

San Francisco’s vibe elevates it into a league of its own. It’s captured in the people sat around bonfires on Ocean Beach at sunset, the Sausalito houseboat community of ‘Sittin’ on the Dock of the Bay’ fame and the rainbow flags flying en masse in the Castro neighbourhood. Even Alcatraz, the notorious prison on an island in the middle of the bay, has become a bird sanctuary. The strutting pelicans form a somewhat unexpected greeting party as you step off the ferry for a tour around the famous cells.

Elsewhere around San Francisco Bay, rollerskaters and cyclists glide around the Golden Gate Park, with the famous orange bridge providing a target to aim for, while kayak trips head out wherever the waves are manageable. Few cities have such a majestic setting.

By day, the city is agreeably walkable (despite the infamous hills), something a number of topic-specific walking tours exploit to full effect. You can sink into the city’s sizeable Asian heritage on a Chinatown tour, explore downtown’s Gold Rush-era buildings with San Francisco City Guides, tours sponsored by the San Francisco Public Library, or scope out the murals in the Mission District. 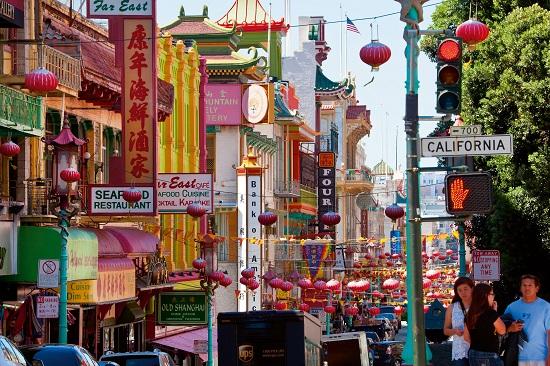 In the evening, however, San Francisco’s dedication to quality shines through. Restaurant ingredients are invariably impeccably sourced, anyone pouring a glass of wine knows an awful lot about it and specialist bars pack gigantic rum or gin lists. Hearts get left in San Francisco as a stereotyped matter of course, and after a bar-hopping night out, a few brain cells join them…

New York – Empire State Building Observatory
Choose to ascend this 102-storey architectural marvel and global icon at any time, early in the morning to watch the incredible orange sunrise or at night to see the twinkling lights of the ‘city that never sleeps’. From £14pp (call us to book)

Chicago – Land and River tour
Enjoy a unique view of the city from the deck of a yacht, taking in sights including the Loop, the business district and Navy Pier, before docking next to the Magnificent Mile. From £39pp (call us to book)

San Francisco – Urban Safari and Alcatraz
A comprehensive four-hour exploration of the city, this tour visits all the iconic sights including Golden Gate Bridge, Twin Peaks and the Palace of Fine Arts, followed by a cruise from Fisherman’s Wharf to Alcatraz. From £102pp (call us to book)