Where to Find the Best Coffee in Delhi 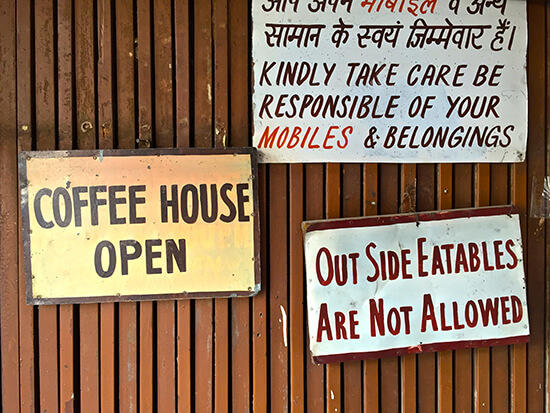 India is all about chai, not coffee. A difficult fact to stomach when you’re used to hefty caffeine kicks on a daily basis. Don’t get me wrong, those cardamom-packed cups of goodness are great; however, after chai’ing yourself up every morning you’ll inevitably get the twitch for a coffee. Well-known international baristas are all over India’s larger cities, but on a recent trip to Delhi I decided to opt for more home-grown options. If you’re in Delhi and fancy drinking coffee like a local, check out some of the options below:

Adorned with hanging baskets, the café sits adjacent to an outdoor auditorium that often holds mini concerts. If you’re not around to catch one, you’ll no doubt still be serenaded by music students practising in the surrounding arts centre. The choice of French-press, Nescafé and cold coffee isn’t too elaborate but it does the job, and apparently the beans are local. 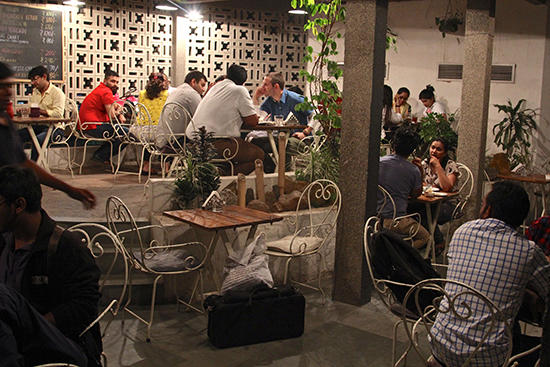 The terrace was rammed when I first went in, and I could’ve sat for a few hours people-watching as I sipped my satisfyingly strong coffee. I also tried a few other bits from the menu, namely the lassi and beetroot halwa, which were both phenomenal.

BACKGROUND: The café came into its own in the seventies with local musicians and artists, and it’s now somewhat of an establishment. It also went through a bit of a revamp in January 2015.
LOCATION: Triveni Kala Sangam, 205 Tansen Marg, Near Bengali Market
COFFEE COST: 60-90 rupees

This isn’t exactly a hip, trendy and local Delhi option. In fact, it's basically India’s largest coffee chain, but they do serve coffee grown on their own estates in India, which definitely ticked my home-grown box. Most importantly, the coffee was good: Americanos, lattes and cappuccinos galore. 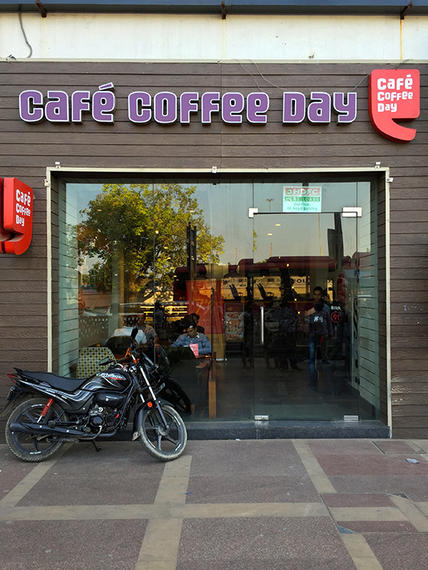 I went into the Connaught Place branch in Delhi a few times and felt the atmosphere was a little lacking; however, the absolute winner was the coffee and samosa combo. I’d like to see a Western coffee store try and introduce that.

BACKGROUND: Founded in 1996, Bangalore, there are now over 1,500 branches throughout India. You’ll be hard pressed to ignore them once you’ve been into one.
LOCATION: All over Delhi. Check out the store locator on their website
COFFEE COST: 70-120 rupees

This place is aggressively shabby. It’s dingy, but offers a serious throwback to a bygone coffee shop era. You’re served bitter syrupy rocket fuel that very much tastes… of coffee. You definitely won’t be picking up any hints of “shade-grown” or “blueberry infused” arabica here. 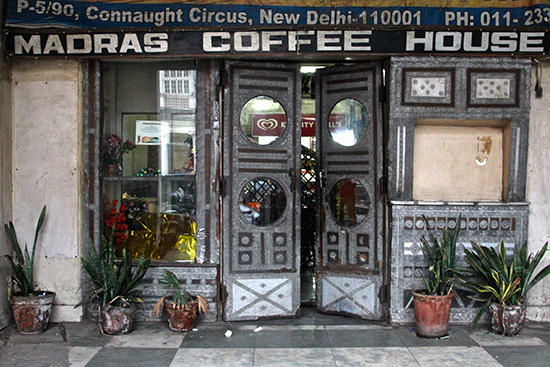 I was thrust a menu and not long after presented with a cup of crude oil. I pretty much danced out of the door after finishing up, although not before grabbing a handful of mukhwas (an after-meal digestive snack). Not a bad touch.

BACKGROUND: Originally an ice-cream parlour, the Madras Coffee House has been around for about 80 years, and it’s just about hanging onto its old-school charm.
LOCATION: P 5/90, Outer Circle, Connaught Place
COFFEE COST: 60-90 rupees

Basically a hang-out for travellers to meet other travellers, and there’s coffee! The café operates a pay-what-you-like policy, and your coffee (definitely Indian) is limited to a French press, which you may or may not have to make yourself. This place is very relaxed! 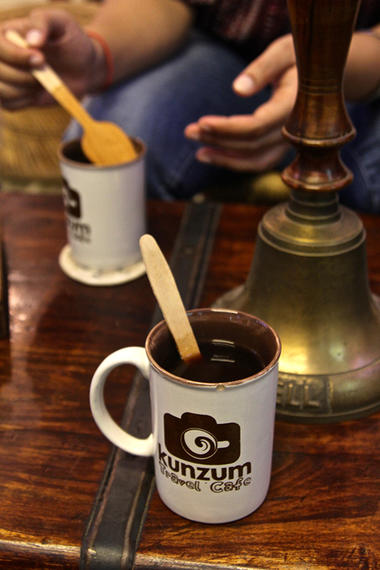 I went with a local friend and we were less enthralled by the coffee, but loved the atmosphere. A few interesting individuals to chat to and the idea of paying by donation was a nice touch.

BACKGROUND: The café was set up by travel photographer Ajay Jain in 2009, with the aim of creating a welcoming zone for travellers and locals.
LOCATION: T-49, GF, Hauz Khas Village
COFFEE COST: Whatever you like!

Sitting on a rooftop terrace just off Connaught Place, the Indian Coffee House is exceptionally old-school. Hot, special and tray coffees headline the menu, and although not dissimilar in taste, definitely pack a punch. Pairing you coffee with a dosa (fermented crepe) seems to be the done thing, and they make quite a decent match. 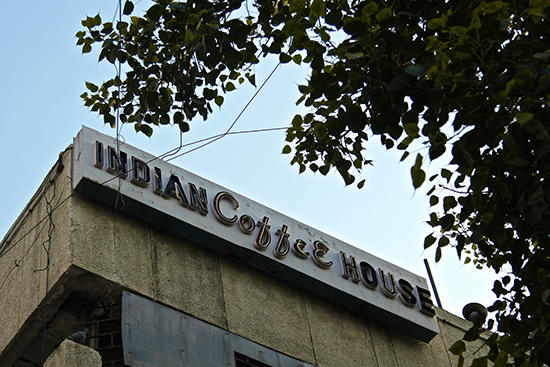 This would definitely be my pick for an authentic Indian coffee. The waiters outfits are brilliant, and the vibe left me wanting to chat to all the surrounding students (that might’ve just been the coffee though…).

Want to try one of these Indian coffee shops for yourself? Take a look at our tailor-made India holidays.

Australia
Enjoying Melbourne’s Café Culture
Cat Mills tells us about getting a caffeine hit in Australia's cultural capital, Melbourne.Before I left for my 20 day stint in Australia I had consulted a few Aussie... Read More »
World
Animal Cafés: The World’s Newest Trend
Have you ever wished you could enjoy your tea with a cat by your side? Or nibble on some pastries while an owl perches nearby? Well you're in luck because the latest... Read More »
Call:
0208 127 4273 0333 333 2211
Talk to a Travel Expert
Instant call back »We'll call you back for free
X