Flight Centre Travel Blog/What's on your Travel Wish List for 2012?

A New Year equals New Years Resolutions and for many of us travel fans that means a new list of destinations to add to our wish list. We asked a selection of our travel consultants and guest travel bloggers what was on their travel wish list for 2012 and discovered that for many it was not only a wish but a confirmed booking!

Last year Flight Centre's Ed Stalley shared with us his stunning photos from a visit to Australia's Northern Territory. This trip must have made quite a good impression on him as this year...

“I really want to travel back to Australia. My friends are getting married on a beach on the Sunshine Coast and it gives me the perfect opportunity to explore the Great Barrier Reef which I missed on my last visit. I’ll be stopping off in Abu Dhabi en-route to break up the journey and to visit friends, and as it’s only an hour’s drive from Dubai I get to explore 2 amazing cities in one stop-over!” 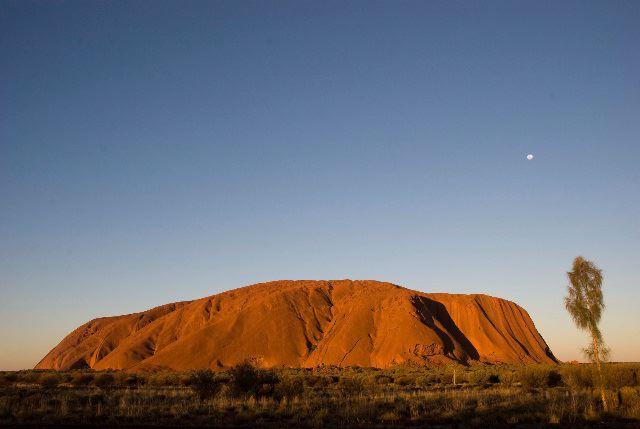 Flight Centre High Street Kensington's General Manager, Sally McCutchion is not afraid of a bit of adventure. After visiting India last year, in 2012 ..

I want to go to Mongolia!

There is a tour with Peregrine called the Yak Safari where you travel on part of the Trans-Siberian Railway and then spend 5 days living like a nomad. There is no agenda for that part of the tour, you wander the land using Yaks as your support vehicles and build your own ger every evening. You’re so far off the beaten track there is no track at all! I’ve wanted to go ever since I watched Long Way Round and the tour dates this year work out perfectly... Ask me about it when I get back at the end of May :)

The travel plans of Flight Centre's Miles Buckeridge are written in the stars..

This year my travel horoscope has the tropic of Capricorn rising in March and a meandering train ride amongst the Canadian Rockies in November.

Although if the Mayans and Woody Harrelson are to believed; that the world truly is set for oblivion in 2012 – I wouldn’t mind ticking off the whole of my travel bucket list culminating in a visit to the last resting place of those aforementioned Latin Americans.

Whilst Holly Keeble from Flight Centre East Sheen has trinkets and tagine on her agenda:

My wish list this year cannot be tamed. There is Morocco, South America, New York and Paris to name but a few. But it seems like I’ve managed to make Morocco a reality, in the form of a 5 day trip to Marrakech. We want to stay in a traditional riad, and I’m fighting for one which has a huge 4 poster bed. My aim is to ride a camel through the desert, charm a snake and to cook a tagine. I’ve already pre-booked extra luggage for my return flight so I can fill my bag with trinkets and tagine pots galore!

American Travel Blogger Heather Rudd spent a lot of time in Australia last year, so this year plans to spend her holidays a little bit closer to home.

After traveling to other countries over the last five years, my travel wish for this year is to embark on an American road trip, full of quirky pit stops, low-cost accommodation, and good eats. While I'm working on making the wish a reality, I know with certainty that I'll be flying to London a time or two (or three) to visit my boyfriend.

Nadine Stewart has got her 2012 travel wishes all planned out already!

I already booked my first holiday of 2012 in 2011! I will be heading to Barbados for Easter, and I absolutely can't wait. As well as Barbados, on my wishlist for 2012 is my old fave, New York City. It's no secret that I'm obsessed with visiting the Big Apple but what I've started doing, to spice things up a bit, is visiting different cities by train each time I go. In 2010 I did a day trip to Philadelphia, last year I did a day trip to Washington DC and I think this year I'd like to do a day trip to Boston. I've always wanted to visit Boston ever since I was a little girl, but I promise it isn't because one of my favourite childhood bands (New Kids On The Block) is from there. Honest! (We believe you Nadine! Honest!)

I’ve always dreamed of visiting Jordan to see Petra. In August, there’s a massive solar shower that will see 60 meteors an hour shooting across the night sky. I can’t think of a better place to witness this than lying on my back in Wadi Rum, the Jordanian desert spot where more stars are visible than from any other place on earth.

Seeing the northern lights was one of my big goals for 2011, and sadly I couldn’t make it work. I won’t let 2012 pass without ticking this off the bucket list!

When I eventually pop home to visit my family in New Zealand, it’s going to cost a lot of time and money. So, I figure I may as well stop somewhere fascinating on the way! The traditional halfway-to-the-antipodes spots are Bangkok, Singapore or Dubai. But I want to find a way to stop over in India. The perfect scenario would be a whole month to travel around, and my three main goals will be: to volunteer in a hospital in Calcutta for a few days, see the Taj Mahal, and soak up some sun in Goa.