Turtle Islands are in the Sulu Sea just north of Borneo and between the Malaysian and Philippine border. There are three islands, Pulau Selingan, Pulau Bakkungan Kechil and Pulau Gulisan and between them they cover an area of 1,740 hectares. Selingan Island is the second largest and this is where you can find the park’s headquarters, the sea turtle hatchery and where tourists are able to come and stay for a night to see the turtles. The Turtle Islands are uninhabited islands dedicated to rescuing endangered turtles and protecting their eggs and hatchlings. Both the Green Turtle and the Hawksbill Turtle return to Turtle Island, where they were also born, to lay between 80 and 180 eggs. It is instinct that draws the female turtles back to their birthplace to lay their own eggs, presumably because she believes it is a safe place to lay. Unfortunately, this instinct has made turtles vulnerable to poachers who collect the eggs and sell them as a delicacy. Turtle eggs are also in danger of natural predators such as lizards and birds. It is estimated that just one in every 1,000 eggs will make it to become an adult turtle, so protecting these precious eggs is vital.

This is why the conservationists and rangers on Turtle Island have such a tough but vital job. The rangers collect around 600,000 eggs each year and they are placed in a nest in the sand until they hatch. Not only are the rangers on Turtle Island protecting the eggs but they are also educating tourists and the local community about the dangers that sea turtles face. It is heavy trawling, coastal pollution and development, plus consumption of both eggs and turtle meat that has pushed them towards severe danger of extinction.

Allowing tourists to visit Selingan Island provides the project with much needed income. It also allows us to spread the educational message across the world and gives us a once in a lifetime opportunity to see turtles being laid, hatching and being released into the sea which, believe me, was one of the most amazing things I've ever done! 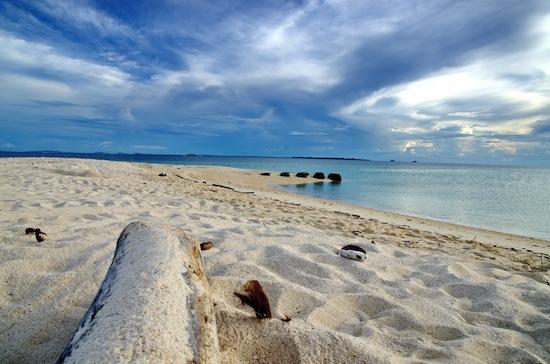 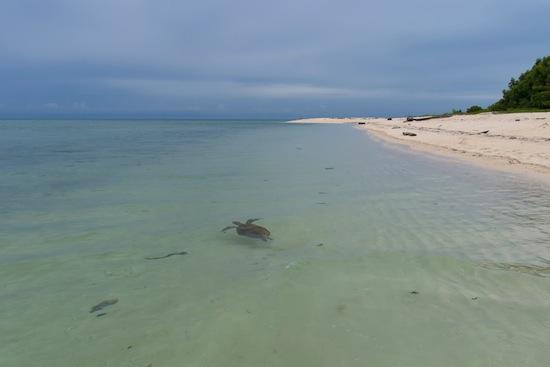 I spent one night on Turtle Island during a G Adventures tour around Borneo. We arrived on a wobbly boat and immediately got settled into our basic but wonderful accommodation. When you’re staying on a beautiful, tropical island you don’t need anything more than a simple wooden hut surrounded by bright pink flowers and the shade of tropical trees. We were told it was unlikely any turtles would arrive on the island until at least 11pm so after our evening meal we began settling in to a long night playing the waiting game. But just as we sat down at 7.30pm, a loud cry echoed through the hall, ‘Turtles laying, turtles laying!’

We jumped to our feet as though a fire alarm had been called and followed our guide out onto the dark beach. Walking along the shore, we followed the light from his torch and made our way to a mound of sand that had been tossed aside by the female turtle as she made a nest for her eggs.

There is space for 50 tourists to stay on the island but everyone is split into small groups so only a few people at a time will be present when the turtle lays her eggs. We gathered around in hushed silence and I’m sure the entire group held their breath until the first egg popped into the hole like a ping pong ball. And then another. And another. Within 15 minutes the turtle had laid 65 eggs!

We counted them silently with no one saying a word but occasionally exchanging glances that expressed our amazement at this incredible moment.

She swiftly used her fins to scoop the sand back over her nest before slowly making her way back out to sea.

The rangers then carefully dug the eggs back up and transferred them to the hatchery where they would be safe from predators until they hatched. 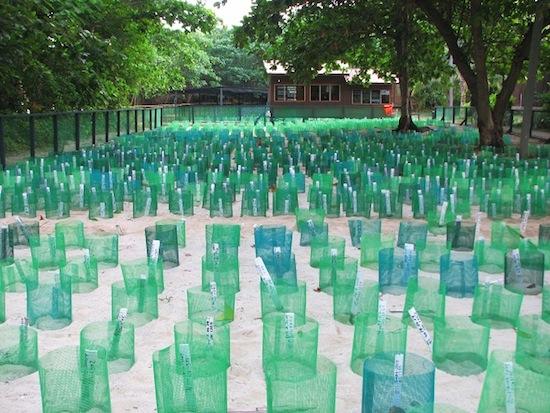 The following morning we gathered on the beach to see 50 newly hatched turtles being released into the sea. It was strangely emotional watching them make their break for freedom as they struggled across the sand. At just one day old, their instincts were strong and pulled them towards the water like a magnet. Well, for all but one who went in the wrong direction and had to be carefully steered towards the sea.

We wished them luck and crossed our fingers superstitiously in the hope that at least one of these little turtles would make it in the big bad ocean and be back here in 20 years time to lay eggs of her own. Chat to a Travel Expert about booking a holiday to Borneo today.

Borneo
8 Wild Adventures to Have in Sabah, Borneo
Love fly-and-flop holidays? Look away now. Because while Sabah’s beaches are admittedly lovely, it would be criminal to languish on a sunlounger when its epic... Read More »
Borneo
What to Expect from a Trip to Borneo
You might have heard of Borneo, but you won't really discover its wonders until you experience them first hand, writes Lucy... Read More »
Call:
0208 127 4273 0333 333 2211
Talk to a Travel Expert
Instant call back »We'll call you back for free
X