Flight Centre Travel Blog/5 Top Things to do in Bangkok

5 Top Things to do in Bangkok

Top Things to do in Bangkok

Even if you're short on time and only stopping by this vibrant capital city for a day, that doesn’t mean you can’t sample a flavour of Bangkok. This modern behemoth mixes ancient culture and religious traditions with streaming traffic and an endless array of tantalising street food, but don’t be intimidated by its brash or backpacker exterior, because Bangkok has some stunning landmarks and sights to discover, no matter how long you’re visiting for.

The Grand Palace
You can’t miss the shimmering, golden spires of The Grand Palace. Not only is it Bangkok’s most recognisable building, it’s also home to the official government offices and the seat of the Thai royal family. The beloved King Bhumibol Adulyadej of Thailand has many palaces, but none quite so gorgeously gargantuan or ostentatious as this one. With layered roofs like a primary-coloured wedding cake and intricately carved temples covered in lashings of gold and mosaics, the palace was built in 1782 and covers 218,400 square metres in downtown Bangkok. You could easily spend the entire day here, but don’t miss a peek inside the architecturally impressive Dusit buildings or a visit to Wat Phra Kaew, which houses The Emerald Buddha, a statue that was carved from a single block of jade and dates back to the 14th century. 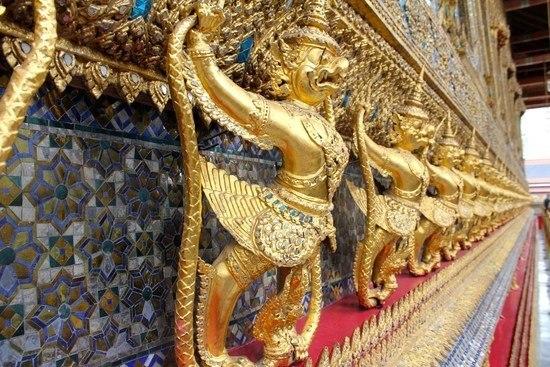 Wat Pho
Behind Wat Phra Kaew and outside of the Grand Palace complex you’ll find the temple of Wat Pho, where you can admire one of the most impressive monuments in Bangkok: a 46 metre long reclining buddha covered from head to toe in gold leaf. Make sure you leave enough time for wandering around the temple complex here as it’s often less crowded that the Grand Palace experience and offers the chance to stumble into the Watpo Thai Traditional Medical and Massage School, where you can book yourself in for another of Bangkok’s stress busting must-dos, a proper massage. 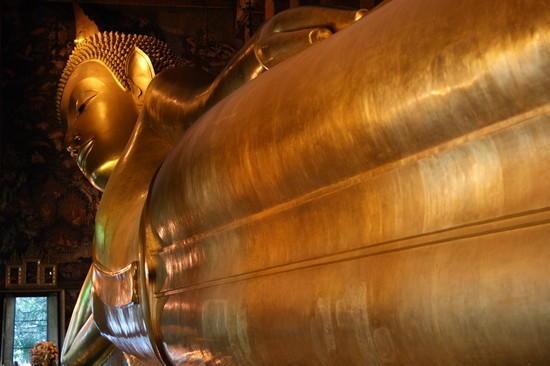 Jim Thompson’s House
This preserved, traditionally built complex of six teak Thai houses used to belong to American silk entrepreneur Jim Thompson, who settled in Bangkok after WWII to build a textiles empire and was eventually awarded the prestigious Order of the White Elephant for his exceptional service to Thailand. He may have disappeared in mysterious circumstances while on holiday in Malaysia in 1967, but his magnificent house and the half acre of tropical, landscaped gardens it stands on remains and is open to visitors. Guided tours around Thompson’s house and precious art collection run daily. 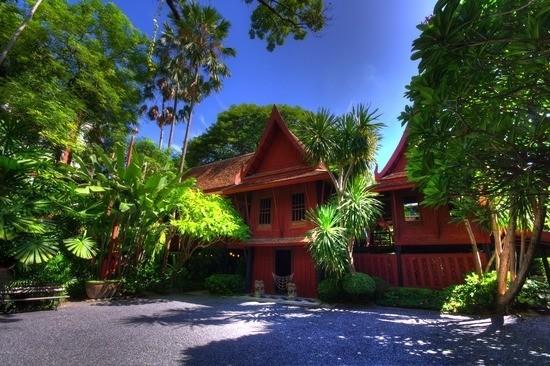 Chatuchak Weekend Market
If you’re lucky enough to be in Bangkok over the weekend then there’s no excuse not to visit the incredible Chatuchak Weekend Market. This sprawling, seething mini city sets up shop every Saturday and Sunday and sells everything from t-shirts and tupperware to carved teak furniture and puppies. The labyrinthine alleyways cans seem impenetrable at first glance, but there’s an information centre where you can pick up maps and withdraw or exchange cash at the market’s northern point. While the goods on offer might seem to be displayed totally at random, the market is actually organised into different sections like antiques, homeware, clothing and pets. Head to section 13 to pick out a pet chinchilla or to section 7 for buddha statues and bedside tables and, when you get peckish, try section 6 for bowls of beef noodle broth and chilled beers.

Street Food
It’s practically a crime to leave Bangkok without eating your way around its vast and varied street food culture. There are the stalls along the tourist thoroughfares of Khao San Road and Soi Rambuttri that serve up plates of not particularly authentic but tasty Pad Thai with sizzling shrimps and noodles salty with fish sauce and zinging with fresh lime, or bowls of fiery red and green Thai curry with mounds of sticky rice, not to mention the fruit and ice cream vendors that patrol these streets. But one of the most deliciously fun places to eat in the city can be found in Bangkok’s China Town, where Phadung Dao and Yaowarat road meet. Every evening the restaurants here wage a culinary war for customers and, amid the plastic tables and chairs and the smoke from charcoal cooked fish, you can get some of the tastiest, freshest seafood at rock bottom prices in Thailand. 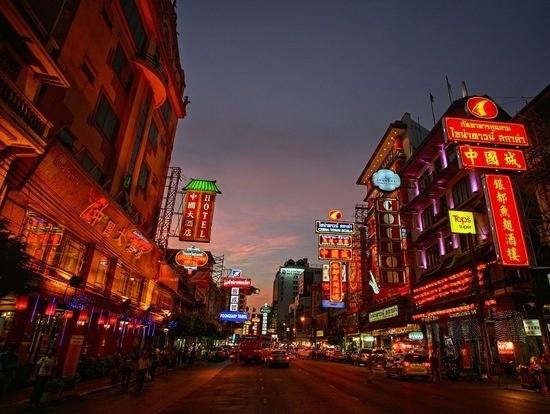 Thailand
10 Amazing Facts About Thailand
Thailand is one of the most popular holiday destinations around the world, and it's easy to see why. Packed with culture, cuisine and pristine beaches, there is plenty... Read More »
Bangkok
5 Must Try Experiences in Bangkok
Bangkok is a bustling metropolis and the capital of Thailand. It captivates the attention of many travellers and is now the most visited city in the world by... Read More »
Asia
Four Hidden Gems in Thailand
We all know that Thailand is a dream destination with perfect beaches, clear seas, limestone peaks and some exciting hustle in the streets of Bangkok. Areas such as... Read More »
Call:
0208 127 4273 0333 333 2211
Talk to a Travel Expert
Instant call back »We'll call you back for free
X