5 Things to Do in Bali That Aren't Surfing

Indonesia’s most famous island might be a mecca for the surfing community, but there’s far more to Bali than its predictable swells and picture-perfect beaches. Here are our top picks of some of the best things you can do in Bali besides surfing: 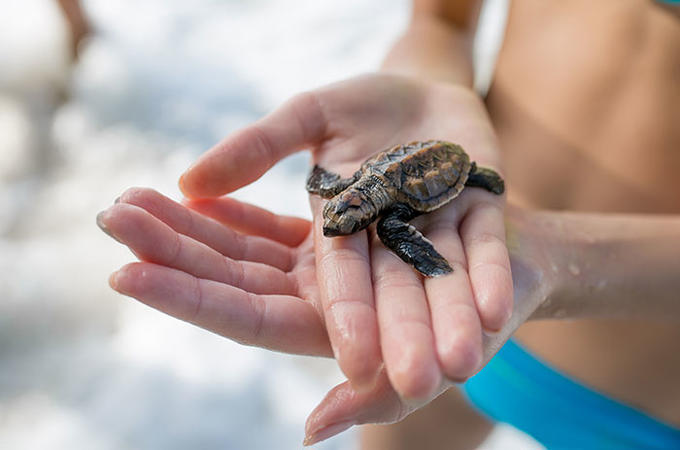 Release a Baby Turtle into the Sea

One of the island’s most popular surfing spots, Kuta Beach, has been a haven for seasonal visitors for much longer than surfers have been arriving on its shores. Sea turtles have used its golden sands as a nesting site for centuries, and lay their eggs between March and September every year, despite the huge increase in foot traffic and commercial development. Ideally, the eggs would remain in the sand until hatching, giving the baby turtles a clear, short run to the ocean and their new lives among the waves. However, the conservationists at Bali Sea Turtle Society collect eggs that are laid on busy beaches and provide a safe centre for hatching. Every evening between April and October, at around 5pm, a section of Kuta Beach is closed off to tourists and swimmers, and volunteers can help release a baby turtle into the sea safely. 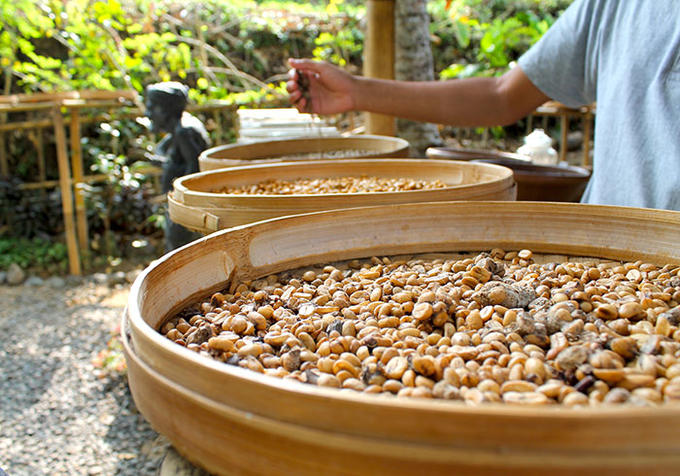 Kopi Luwak is widely known as the world’s most expensive coffee - anywhere other than Southeast Asia, a cup can cost a pretty penny. It’s far cheaper and easier to sample in Bali however, as the beans are harvested and the unique processing method that makes this coffee so famous is done widely across the island. What makes Kopi Luwak so special, you ask? Well now. Often charmingly (and accurately) called cat poo coffee, the coffee beans are passed through the digestive system of a civet cat, native to the Indonesian jungles. The beans are excreted intact, but the enzymes and digestive juices strip them of their bitterness, creating a nutty and sweet road (once thoroughly washed and dried, of course). 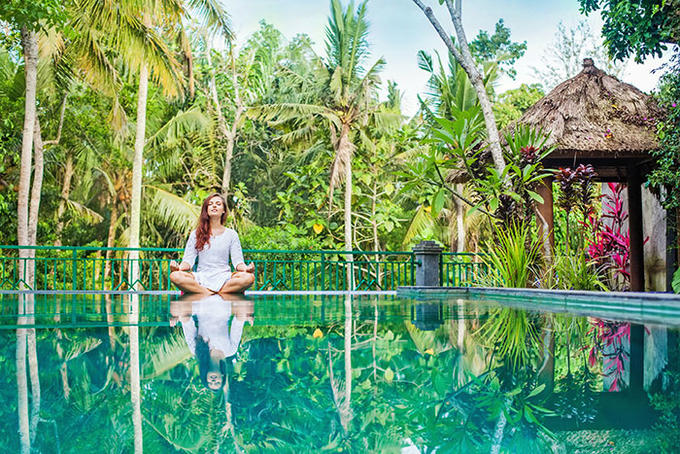 Though the south of the island is often heaving with travellers during peak seasons, the rest of Bali offers plenty of opportunities to escape the crowds, get in touch with nature and top up your yearly dose of wellness. Indonesia's roots in ancient Buddhism, its natural beauty and the appeal of the relaxed pace of life in remote regions have attracted spiritual travellers for centuries, so it’s no surprise that the island is home to a whole host of detox, meditation and yoga retreats. If you need a break from the nine-to-five, nothing hits the ‘reset’ button better than a few days with your phone firmly switched off, learning yoga or meditation from world-class teachers and relaxing in beautiful surroundings. 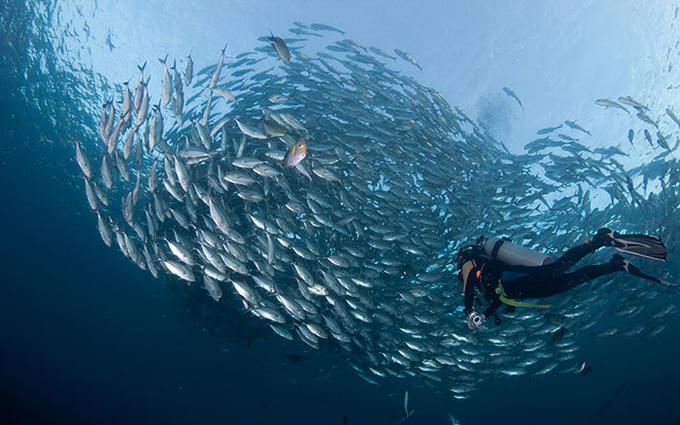 Try Scuba Diving and Discover Life on the Coral Reefs

When delightfully warm waters meet abundant coral reefs teeming with life, world-class diving opportunities tend to follow. And, with almost too many diving schools to choose from, Bali is one of the easiest places in the world to experience tropical coral reef ecosystems. Sign up to spend a few days gaining your PADI open water qualification or book a series of dive trips out to nearby reefs or wrecks - you’re in with a fantastic chance of spotting sea turtles, grouper fish, intricate corals and even baby reef sharks. Those less keen to spend time 18 metres below sea level can still have their own Blue Planet II moment by snorkelling over some of the shallow reefs that lie just off the beaches. 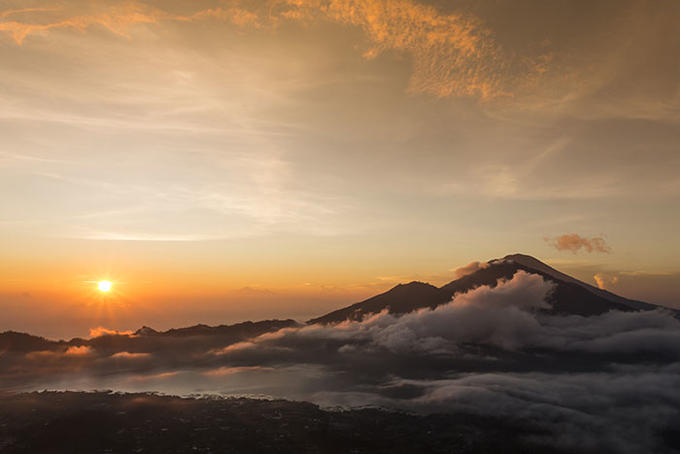 The climb to the summit of Mount Batur is one of Bali’s most popular volcano hikes, as it’s not particularly difficult terrain and the relatively short, two-hour route is manageable for most tourists. This active volcano is home to the island’s largest crater lake and the summit happens to be one of the best spots to catch the morning sun. Take a guide and begin trekking at 2am to reach the top by 4am, and you’ll be rewarded with both an unforgettable sunrise and a breakfast of eggs cooked on volcanic heated rocks. Keen hikers should set their sights on Mount Agung - the more exerting climb to Bali’s highest peak takes around six hours and requires a local guide, but the trails are less busy and the views are spectacular.

Travel obsessed and still searching for the perfect adventure that combines hiking, scuba diving, snowboarding and exploring wilds in a campervan (though not all at the same time). I am a reluctant gluten-free cake enthusiast and can consume coffee at an impressive rate. Instagram: @evbrisdion. 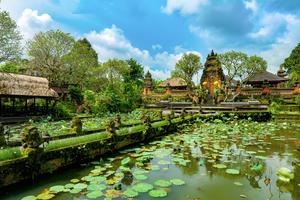 Relax on the paradisiacal white sands of Bali, Indonesia’s flagship island. On this beach and culture focused Journey, you’ll spend lazy days soaking up the 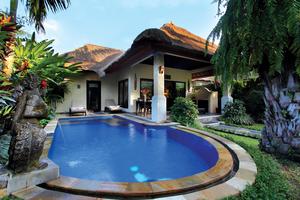 If your idea of holiday heaven involves a private pool deep in the jungle, a sumptuous villa to relax in, and traditional Balinese cuisine 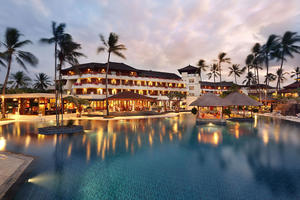 Craving relaxation? You’ve come to the right place. At Nusa Dua, each day starts with a coffee on your private balcony, overlooking the

Bali
Discovering the Best of Bali
We didn’t know what to expect from the Indonesian island of Bali. As we stepped off the plane, made our way through the airport, and headed outside, the humidity... Read More »
Bali
Bali’s Best Wildlife and Where to Find it
With its stunning beaches and a regular turnover of sun-seeking and surf-chasing travellers, Bali is often best known as Indonesia’s go-to island for partying and... Read More »
Call:
0208 127 4273 0333 333 2211
Talk to a Travel Expert
Instant call back »We'll call you back for free
X