Transport yourself from the cinema chair to the beautiful landscapes of the USA’s most incredible National Parks with the release of the ‘National Parks Adventure’ documentary. You may be able to explore the scenery without crossing the Atlantic, but we can’t guarantee that you won’t be booking your USA holiday as soon as you get home. 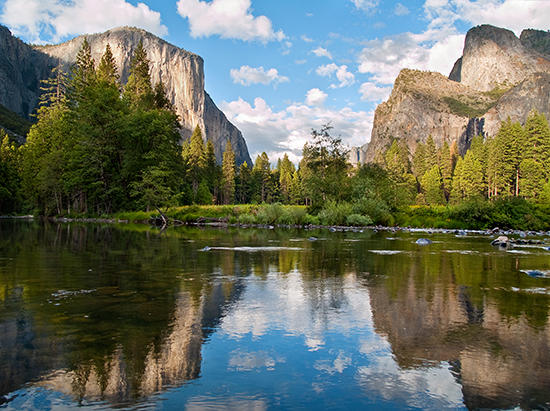 In celebration of the centennial of the National Parks Service next year, MacGillivray Freeman Films has partnered up with Brand USA to showcase North America’s most enchanting and historic parks – from Yosemite to Yellowstone – in IMAX 3D. Narrated by Academy Award-winner and conservationist Robert Redford, National Parks Adventure seeks to show audiences all over the world the untamed wilderness of the nation’s great outdoors. The documentary is told from the perspective of National Parks ambassadors, world-class mountaineer Conrad Anker and adventure photographer Max Lowe, who share their passion for the beauty of these spectacular surroundings, as well as the importance of protecting them.

“We shot 'National Parks Adventure' in 30 national parks over a nine-month period,” says Shaun MacGillivray, Producer and President of MacGillivray Freeman Films. “We had four crews shooting the film including a time-lapse crew, aerial crew, ground crew and TV crew. Using IMAX cameras in these vast national parks enabled us to capture every vantage point of these natural wonders and bring the most vivid colors and landscapes to our audiences. The addition of Robert Redford narrating this film for us is the pinnacle of this project, tying all of these remarkable elements together.”

National Parks Adventure 3D will be released globally on 12th February 2016. Even the trailer has pushed our wanderlust into overdrive:

The Complete Guide to US National Parks
This article originally appeared on Flight Centre Australia's blogSpanning 27 states with more than 50 different preserved areas, the national parks in the United States... Read More »
North America
Whistlestop USA
The following extract is taken from Flight Centre magazine The Experts, with words by David Whitley and photos as credited.The USA has some of the most thrilling short... Read More »
Call:
0208 127 4273 0333 333 2211
Talk to a Travel Expert
Instant call back »We'll call you back for free
X