The Most Vegan-Friendly Spots in the USA

Being vegan is not difficult nowadays – you can actually get decent food pretty much everywhere, however you’ll be hard pushed to find a place where it’s easier to be vegan than the US. It dominates in sheer numbers of vegan and veg-friendly restaurants and businesses and its population estimates reckon between 2-6% of Americans are vegan – much higher than the UK’s less than 1%. Basically, it's tricky to find more vegans in a crowd anywhere else on the planet.

So, fellow non-dairy, non-meat eaters, when you’re heading to the USA, here are the spots where you’ll find the most vegan-friendly restaurants or indeed, the highest concentration of said vegans: 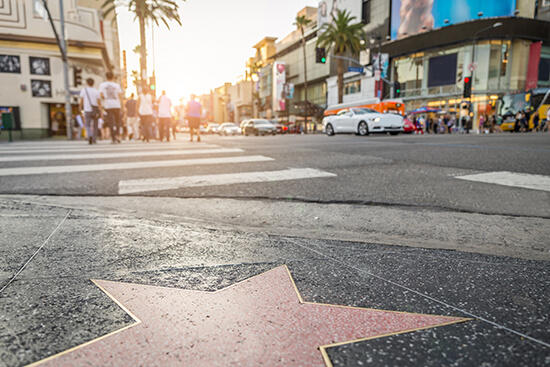 Los Angeles is a city that will cater for anyone and vegans are no exception. It boasts a huge number of vegan, vegetarian and veg-friendly restaurants, as well as an annual vegan food and beer festival and a whole host of vegan clothing and shoe stores. If your veganism lends itself towards activism, then LA is also home to the National Museum of Animals & Society and PETA’s west coast headquarters. Veganism has become such a way of life in LA that even Disneyland has started offering vegan options at their food joints. If you want it NYC has probably got it. Name a food you want to eat and the city will offer you up a veg-friendly version; sushi, mozzarella sticks, brownies, ice cream. Vegan food is so apparent in NYC that pretty much everywhere serves something vegan. The city also boasts the original vegan Moo Shoes store and, if you want to experience true inclusion in your chosen lifestyle, consider visiting the Big Apple in April and taking part in the annual Veggie Pride Parade. 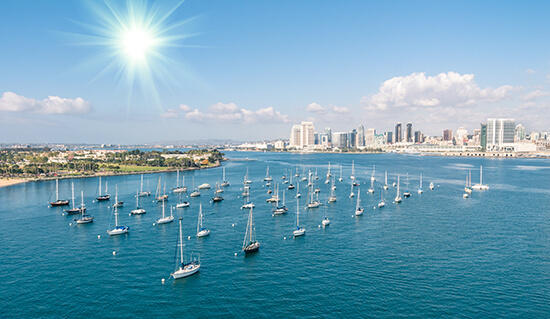 Los Angeles may be great, but it doesn’t have the monopoly on vegan-friendly cities in California. In fact, in San Diego you can fulfil all your vegan burger joint fast food dreams (milkshake included) by heading to the drive-thru at Evolution. Then, if it takes your fancy, you can head out to all-vegan death metal bar Kindred before finishing the day off with some baked goods or dessert from one of the numerous veggie bakeries San Diego has to offer. At the heart of the cattle country, Austin doesn’t exactly scream vegan friendly. But appearances can be deceiving – in 2013 the city came out top on PETA’s list of the friendliest vegan cities in the world. Why you ask? Well, it’s got some pretty amazing vegan food trucks, including BBQ Revolution, The Vegan Nom and Guac N Roll – which wins my heart on its basis of avocado and puns. 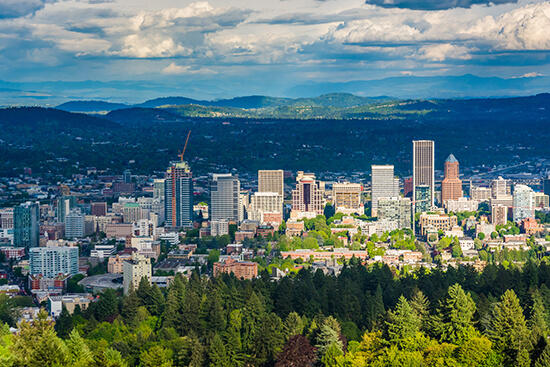 Portland seems to be setting itself up as vegan centre of the world, if veganism was a religion, this would be our Mecca. Without even touching on the sheer volume of vegan eateries on offer (vegan artisan cheese shop anyone?) it has a huge number of other all-vegan businesses. These include, but are not limited to, a mall, a summer camp, a tattoo shop, a bed and breakfast and what might be the only all-vegan strip club in the world. If your needs run a little more practical, Portland is also home to a number of vegan medical practitioners and even estate agents. Seattle is known for coffee and you won’t be forced to miss out as a vegan, it is literally chock-full of vegan-friendly coffee houses and cafés. There's plenty of food on offer too, including Cycle Dogs, a bicycle-pulled hot dog cart and Pizza Pi, which was the first pizza place in the country to offer an all-vegan menu. And if you get sick of eating out, though I’m not sure how you possibly could, you can pick up your shopping from supermarket Vegan Haven. Chicago isn’t necessarily going to win an award for being the city with the most all-vegan restaurants (even though there are quite a few), but what it does have is the Chicago Diner – meat-free since '83. The city also hosts a number of veg food and drink festivals and meet-ups throughout the year. Philadelphia could offer nothing vegan food-wise but restaurant Vedge and it still would have made this list. Vedge is a modern all-vegan restaurant that aims to put the focus back on vegetables. It's applauded and adored by food lovers of all types; food bloggers brought the restaurant to my attention and it’s been on my radar almost since its conception in 2011. Don’t worry though, Philadelphia has more than vegetables on offer, you’ll still be able to order a vegan pizza and grab yourself a vegan cake or dessert too. Nashville is pretty new to the vegan scene and has been helped largely be vegan country singer Carrie Underwood. It's the city to keep an eye on. While the choices aren’t necessarily as abundant as they are in Portland or LA, you’re still going to have an easy time finding food places like Vegan Vee bakery and Avo. The super-popular Sunflower Vegetarian Café has a staggering number of options and Coco Greens made the switch to fully vegan back in 2014. I generally like my destinations quiet, green and full of stories… But I'll go just about anywhere if the food is good enough.